The water surrounding the Albuquerque Cays was gorgeous!

Clear, Bahama-blue water reflecting off of shallow white sand bottom, framed by green and brown of the surrounding reefs. The whole area is encircled by darker shades of deeper blue water, with the bottom easily visible 30 feet straight down below us, and 80 feet out at an angle. 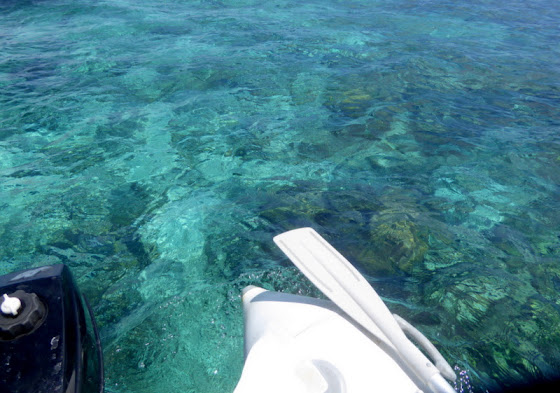 We anchored in front of the larger cay, where the military “Flies” base is located. The island is so thick with palm trees of all sizes, shapes and shades of green that you cannot see any sign of life or shelter on it, until a small glow of light appears after dark. We never tired of admiring the view, it was straight off of a calendar page.

Of course, Scott got right to fishing. On his first venture out he caught a glass eyed snapper (which we enjoyed several times in Providencia) and a decent sized mangrove snapper. 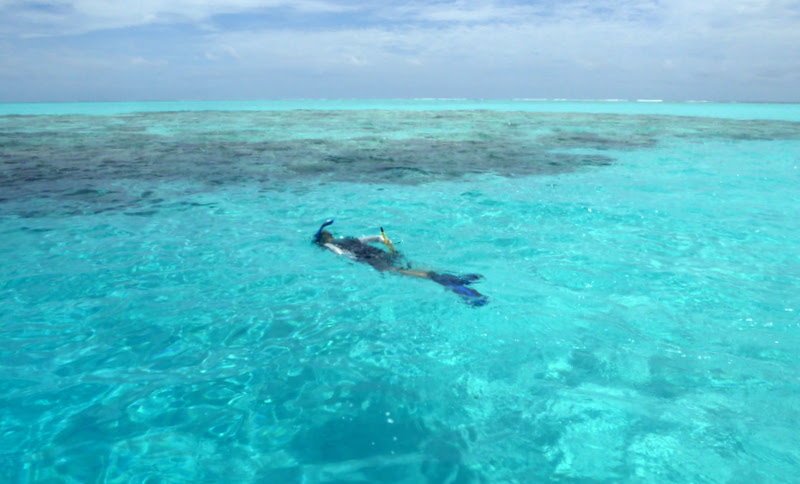 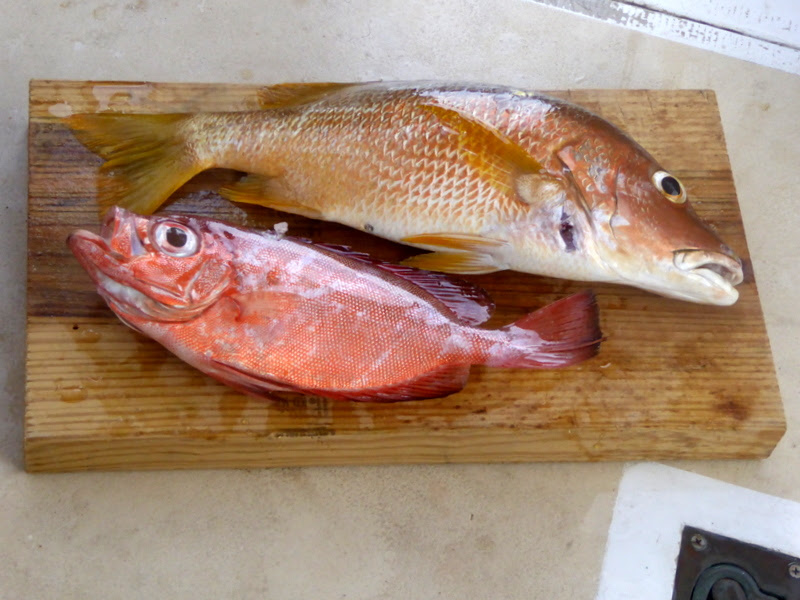 The reefs weren’t terrifically colorful, but they were very, very healthy. Scott commented on how big the fragile, larger coral was (elk horn, stag horn, etc.). Some of the monstrous brain coral was so large that it broke the surface in places. Unfortunately, there weren’t too many fish, and lobster were non existent. We assume that the commercial fisherman on one of the two cays here have depleted the supply.

However, Scott was not discouraged, and ventured out nearly every day. I tagged along one morning, to get some photos and enjoy some bug-free sun, and reading, while he searched the waters below. 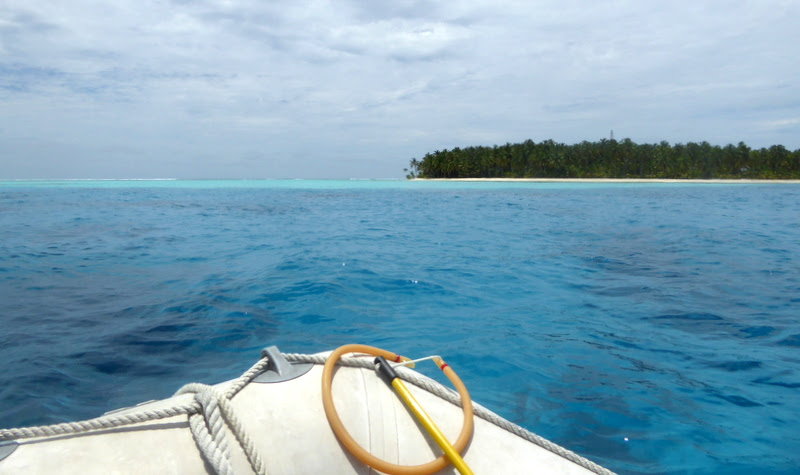 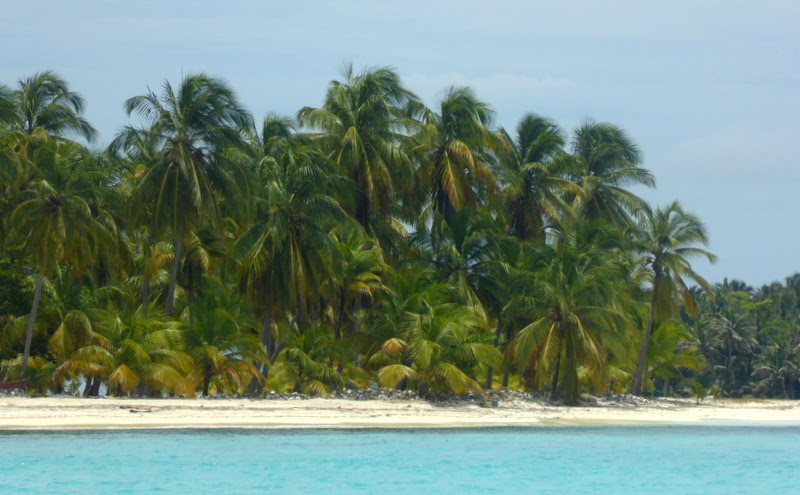 After an hour or so, Scott came back empty handed. He’d noticed the head of a large snapper peeking out of a hole, and waited for it to exit. When the fish made a move into open water, Scott shot it through the back. Unfortunately, the tip of his spear broke off, rendering it useless for another shot as the wounded fish swam away.

Scott came up into the dinghy angry and frustrated, wanting restitution for his tip. That fish was going to be dinner, come hell or high water! We headed back to Sea Life, where a new tip was put on, and a mission was set. I skipped this go-round, preferring to stay clear of the battle ahead.

Back at the scene of the crime, Scott found the large snapper again in his hole and fired another shot. This stunned the fish, and it came out of the hole swimming aimlessly. Scott seized his opportunity, and took a final shot that went through the snapper’s gills.

With his restitution in tow, Scott swam hard for the surface, not wanting to share his kill with any lurking sharks or barracuda. He was glad that the snapper wasn’t at it’s full strength, because the fish fought hard on the spear all the way to the surface.

Meanwhile, back at the ranch, I was quietly enjoying a book. When I rose to close the shades against the hot afternoon sun, I heard the dinghy motor and saw Scott approaching. He triumphantly raised his kill (too large to fit in the five gallon bucket) for a photo. 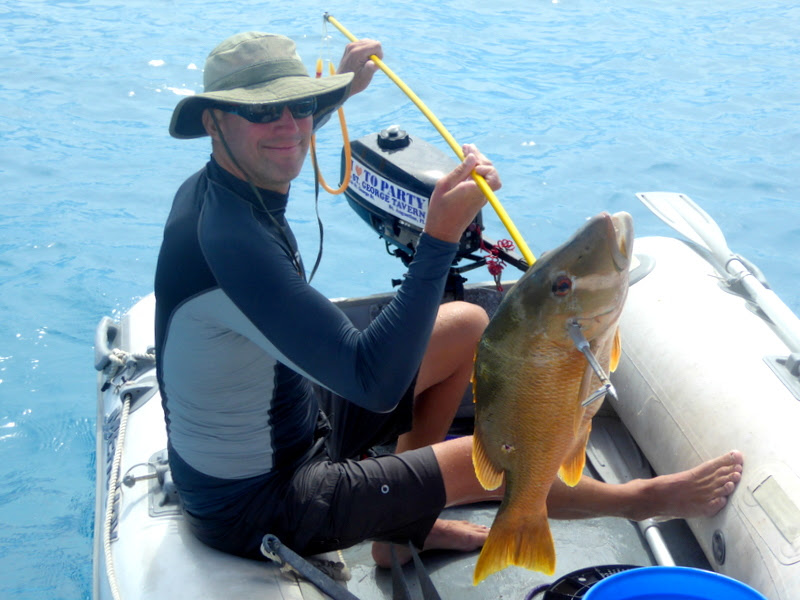 Here is his first snapper… 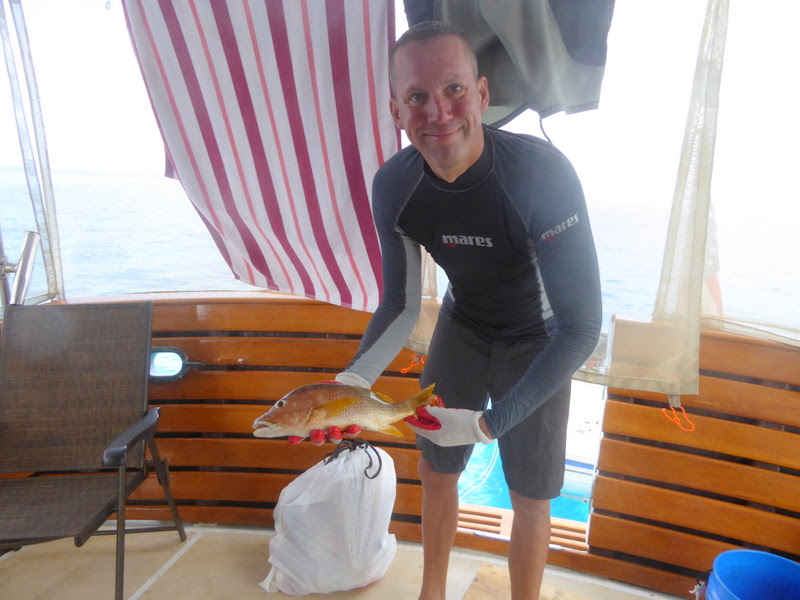 And the trophy snapper… 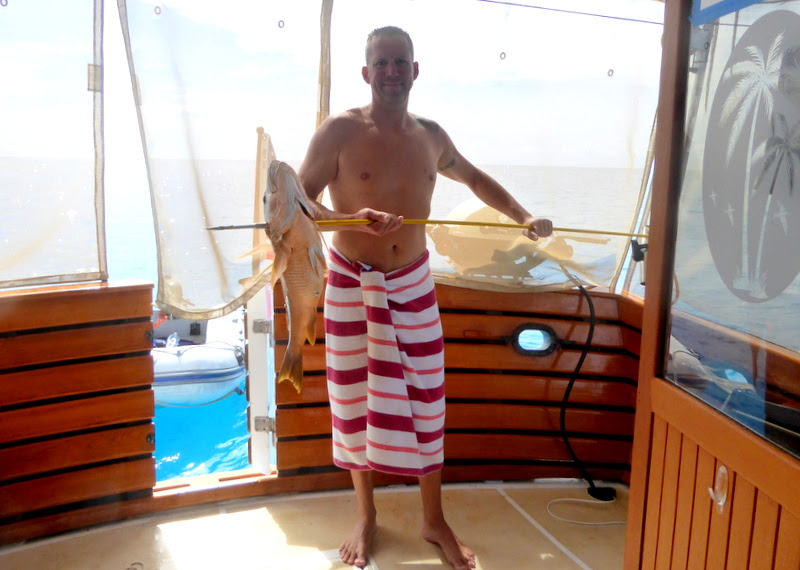 The fish was fat, heavy and long. At 23″, it was more than enough for several dinners, starting with yummy fried fish sandwiches (on my homemade ciabatta bread!). 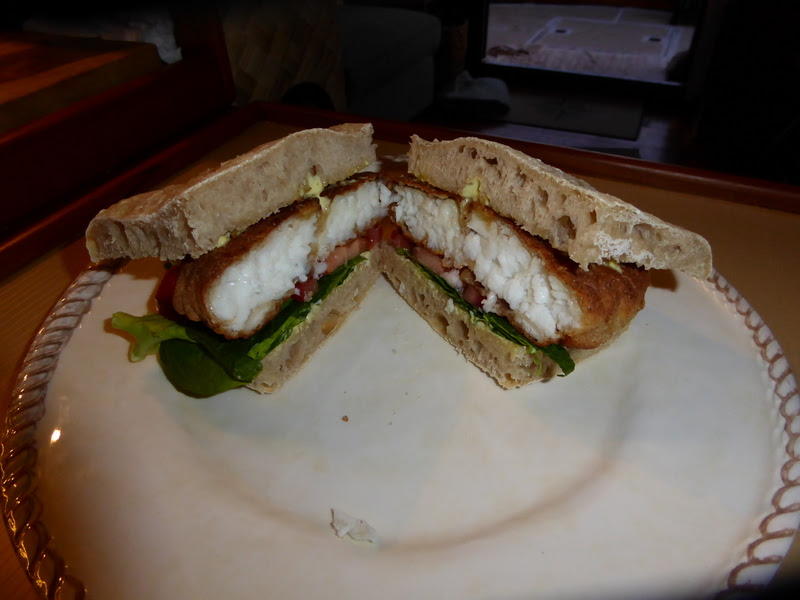 Now that the fridge was full of fish, and his hand was feeling the pain of battle (bruising between the thumb and forefinger), Scott took a day off. We both relaxed, watched movies, napped and admired our surroundings. 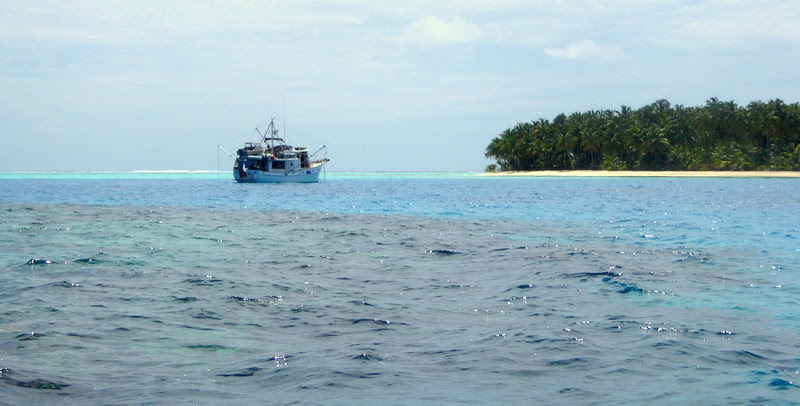 Aside from the occasional lap against the hull and the sound of waves crashing on the outer reef, our days were dead quiet at anchor here. The Flies only ventured into sight in the late afternoon, when they spent time line fishing from the beach. Except for the glow of a nightly campfire, we didn’t see or hear the commercial fisherman either.

The sun light on the small cays at dusk was beautiful, and for the first time since we were in Key West, in January, we had an open view to the horizon for sunset. 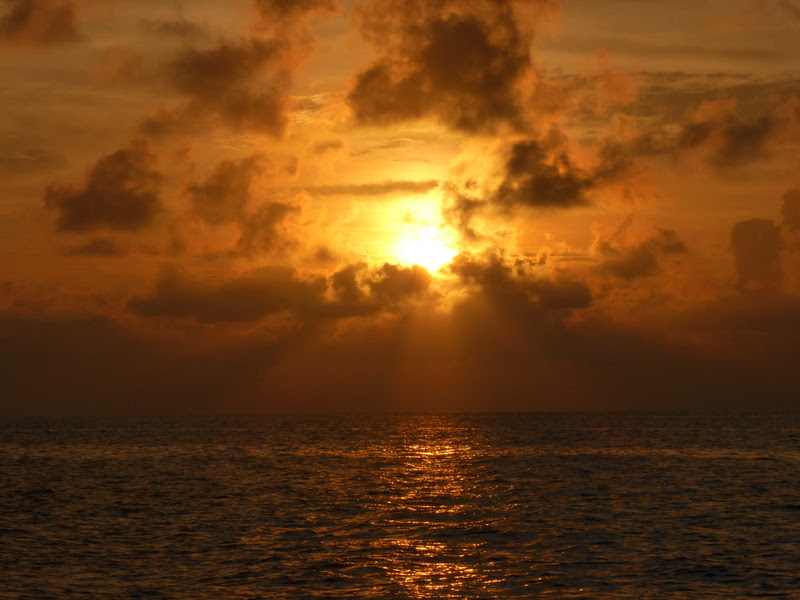 Scott enjoyed hours of stargazing each night. Even with light pollution visible from San Andres, 40 miles away, the stars were thick and brilliant. The Milky Way wound clearly through the sky above us, like someone up there had spilled their morning glass of full-fat.

We could have stayed for weeks, but it’ was time to move on and continue the journey to Panama, our most southern location to date. Here are more photos of our beautiful anchorage in the Albuquerque Cays.

5 thoughts on “Fishing And Relaxing In The Albuquerque Cays”