With Otto making landfall on the Nicaraguan coast, the offshore waters were far from ideal for travel. It was Thanksgiving, and the cruisers at Red Frog Marina were gathering for a potluck, so we decided to join in.

We arrived at the main pier bright and early, and plugged in. It was a hot, humid sunny day..perfect timing for air conditioning!  I spent the morning baking homemade rolls and chocolate peanut butter cupcakes,  while Scott took Howard out to explore the pier. 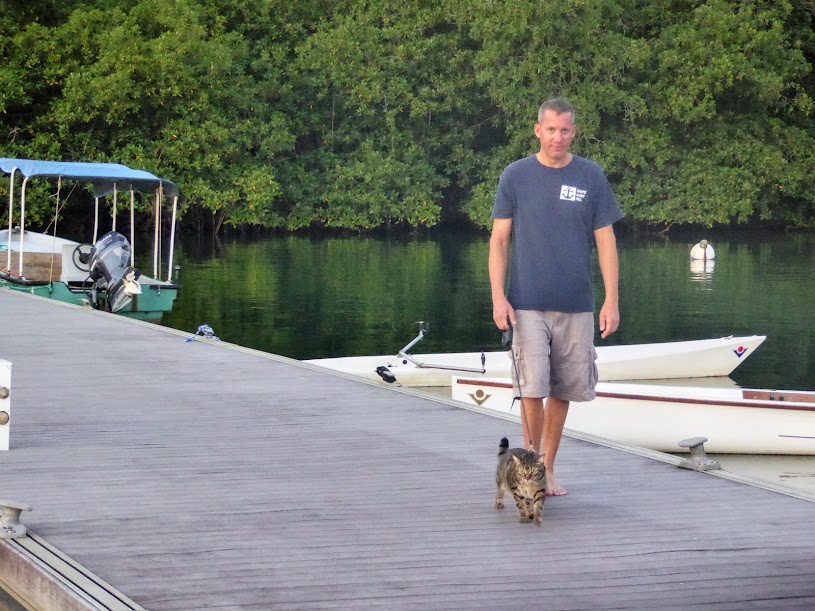 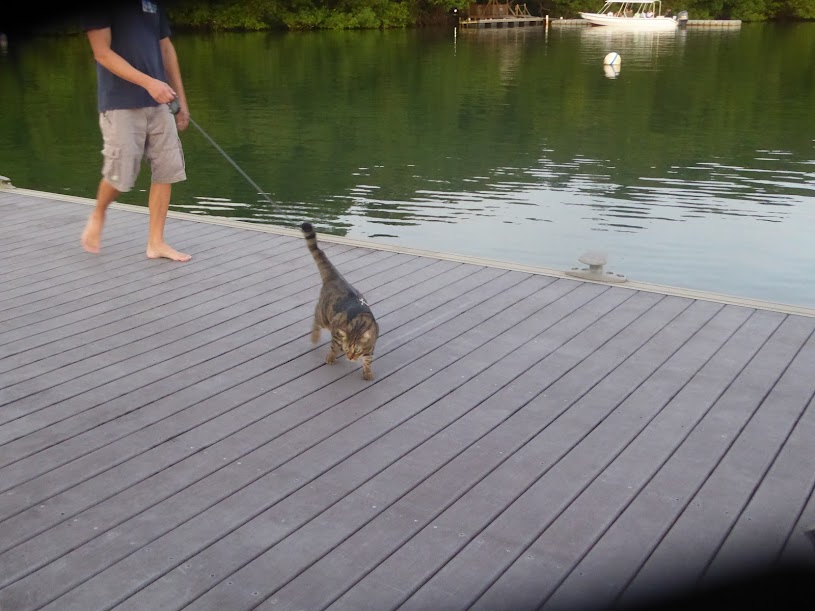 At 3pm we headed up to the courtyard area in front of the marina office, to meet the others. The counter in the laundry area was packed with food, and a table in the office provided a place for the many desserts. There were thirty or so of us, with half the group from countries outside the U.S. We enjoyed each others company, and stuffed ourselves full. 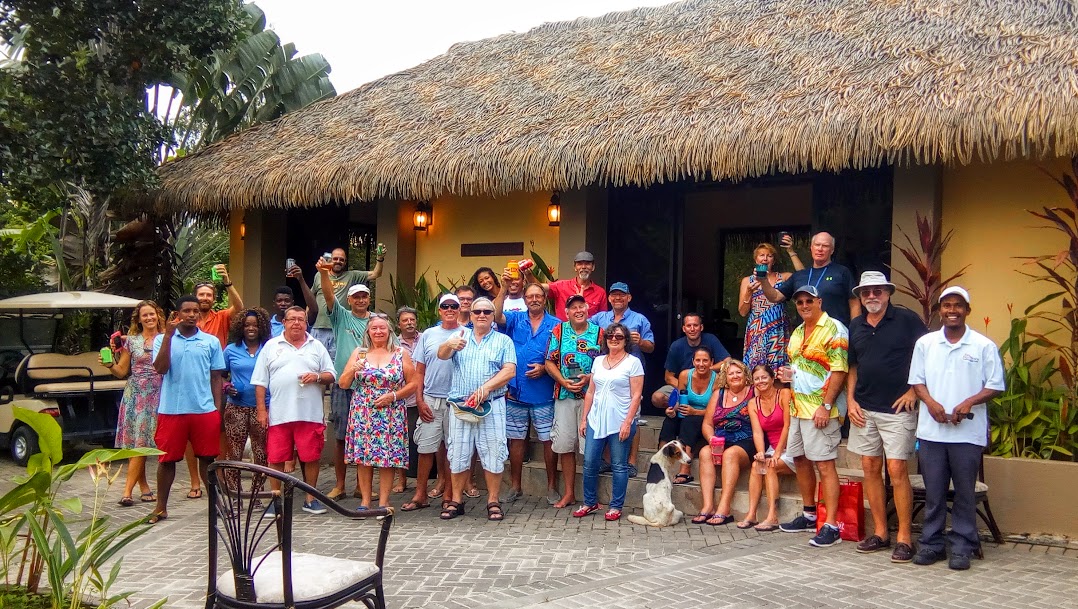 We’d heard that  the surge from Otto had greatly reduced the size of Red Frog beach, so Scott decided to take advantage of easy land access from the pier, and go see for himself. When he arrived, the views were much different than just a few days before. 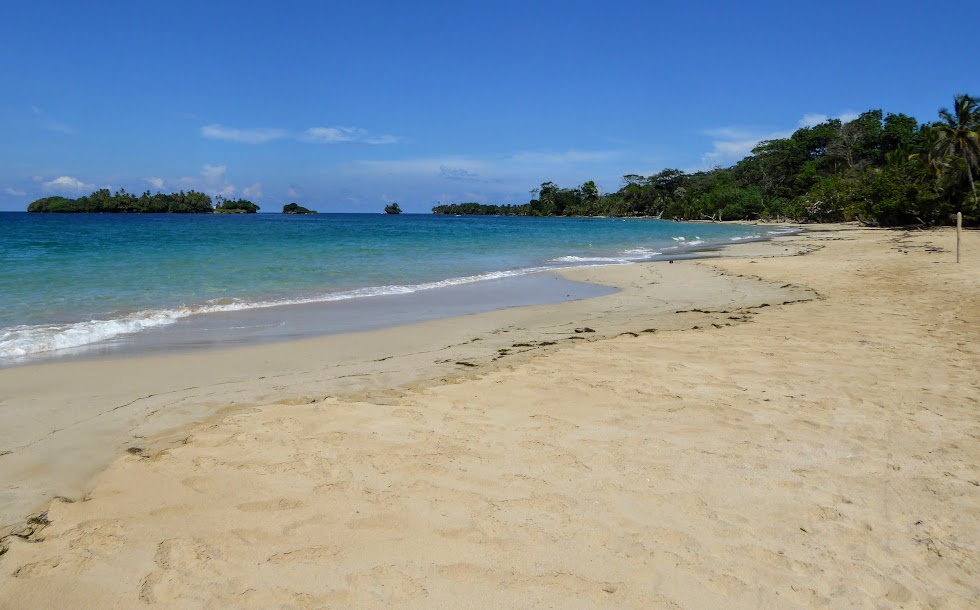 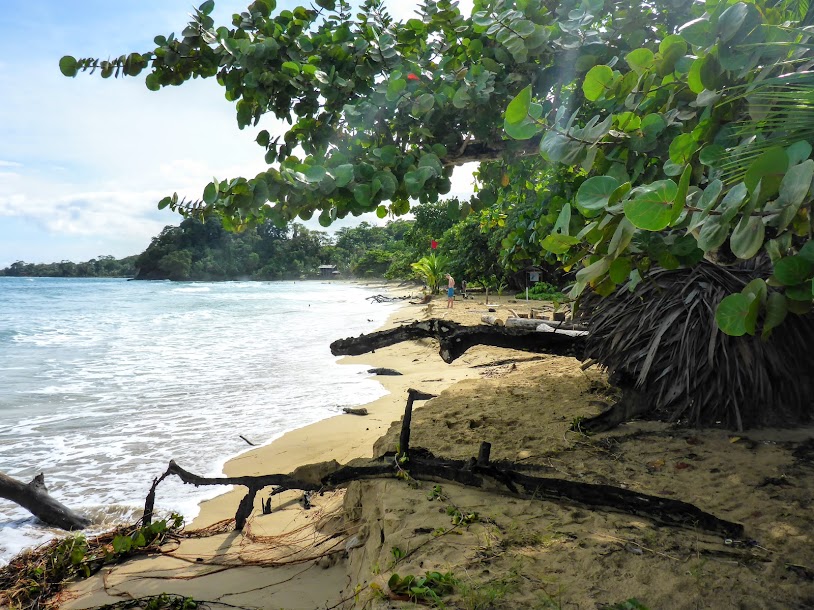 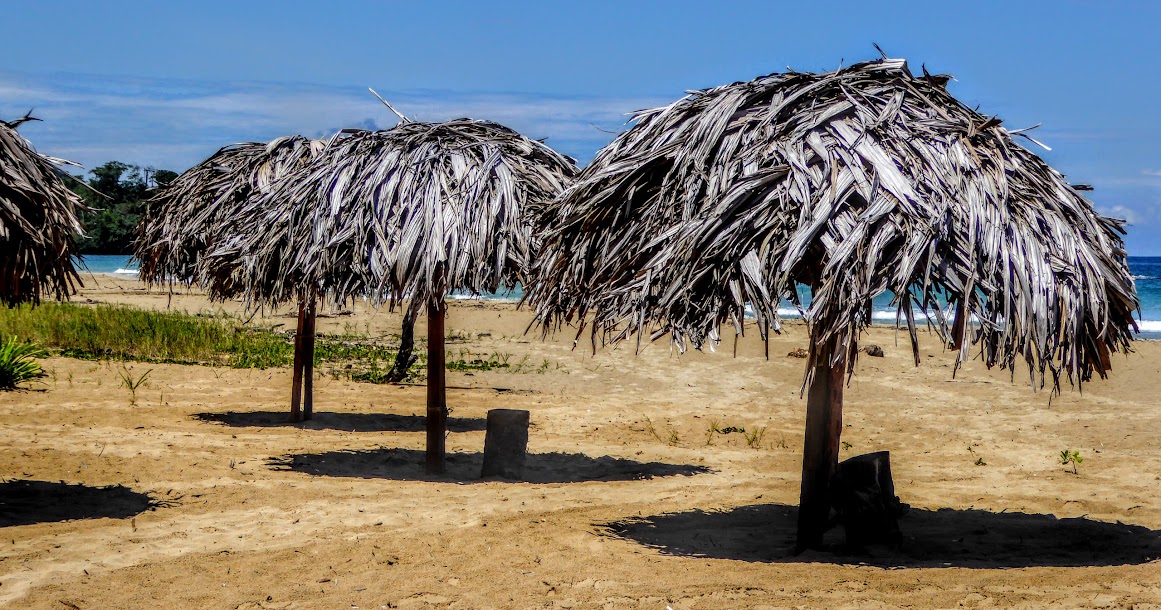 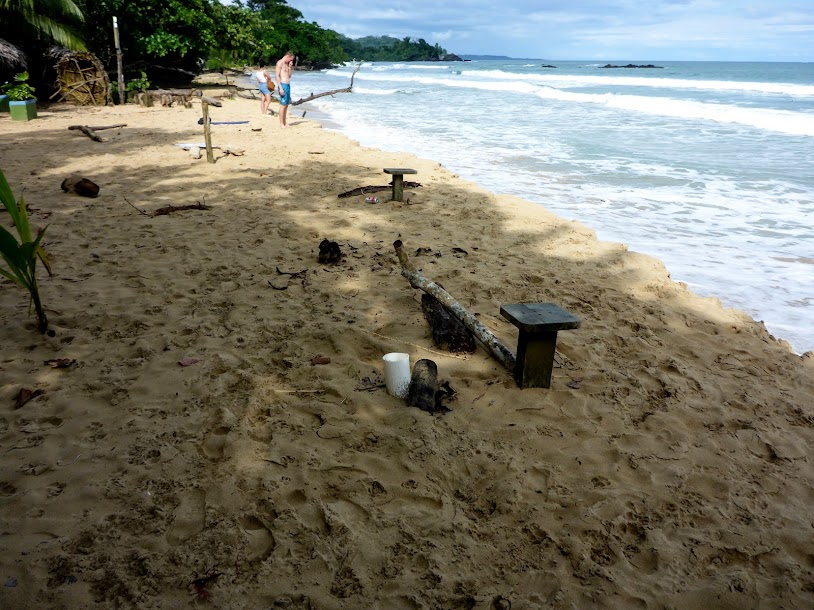 We’ve learned that the beach here disappears every December and January, due to large surf caused by north winds (as you may imagine, it’s a popular area for surfing during this time), and comes back in the spring. Otto’s surge caused the the beach to shrink earlier than normal.

As long as he was out and about, Scott traipsed through some of the jungle trails again, noticing effects from the surge in some of the lower trails there as well. He also spotted some more dart frogs. 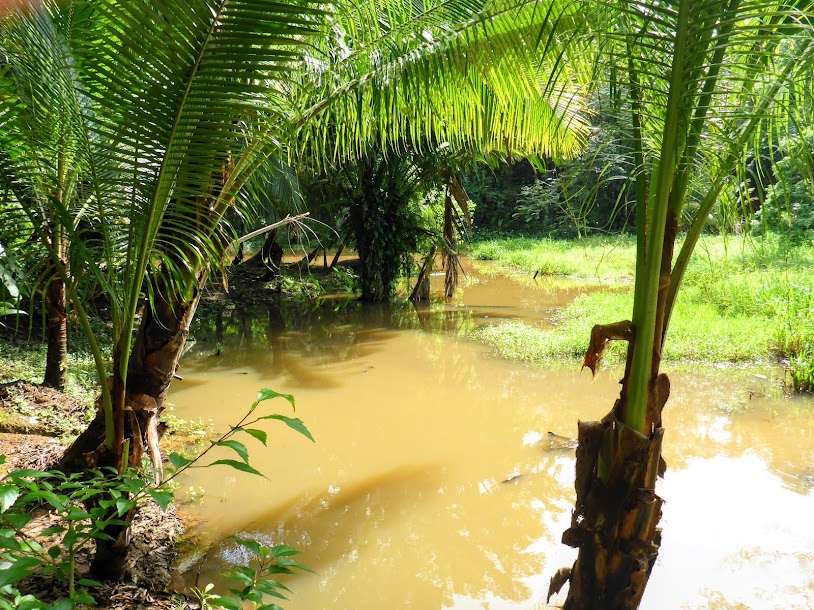 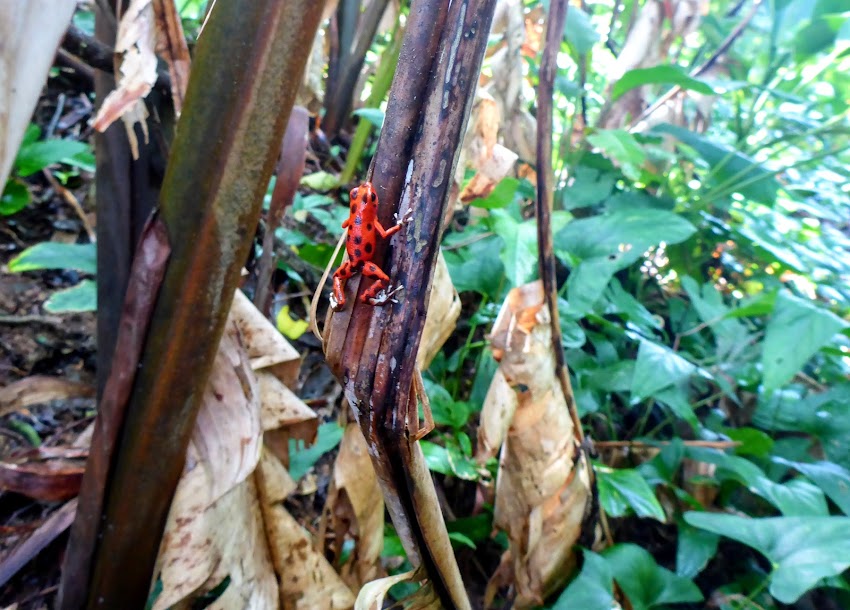 Scott returned from his journey with a souvenir and an idea. 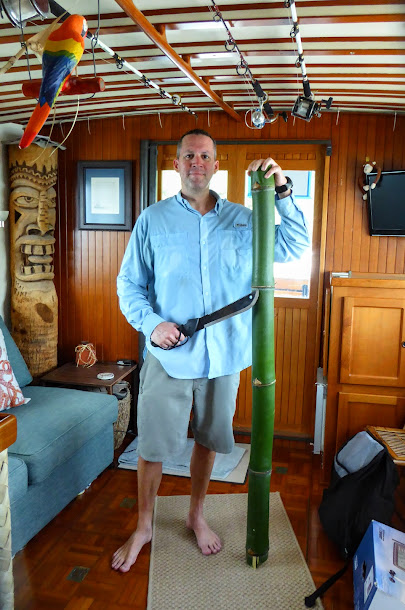 He got right to work with a saw, and in no time, we had cups! (Please forgive my husband’s horrible shirt) 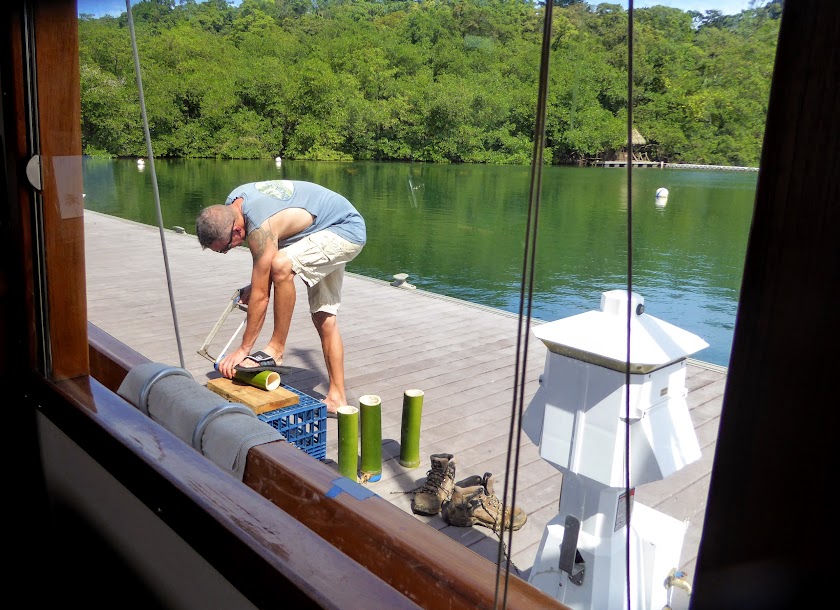 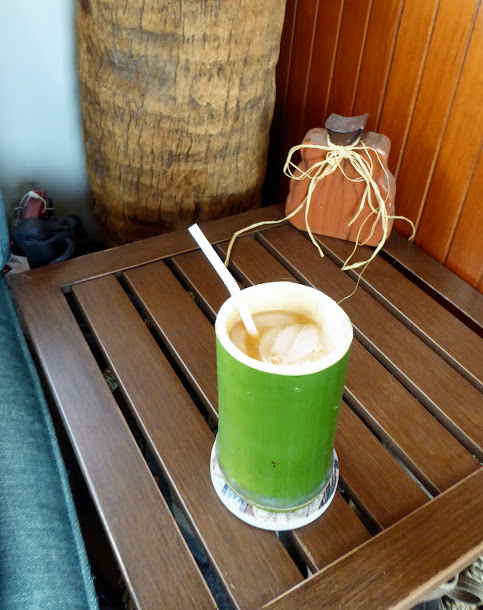 Although Otto delayed our departure plan, we are thankful to have spent the holiday with friends, and to have had just a bit more time at Red Frog.