While I was in Baltimore, Scott enjoyed some serious bachelor time. A conversation two weeks into my trip home went something like this:

Me: How is everything?

Me: Have you done laundry? (keep in mind, I’d been gone for two weeks)

Scott: I’ll probably do it tomorrow.

Me: Are you showering regularly?

Scott: Well, maybe not as regularly as society would like.

Me: Ok, so the laundry stinks, and you stink and therefor the bed sheets also stink. Maybe this the cause of said smell.

Scott: And I may not be rinsing the sink as good as I should, ’cause it kinda has a smell, too.

Me: Please pay someone to clean the boat before I come back.

Scott’s answer to the squashing the smell? When I talked to him the next day, he’d sprayed some body spray into the air conditioning vents, so the smell would travel down into the stateroom. I told him I was actually fine with that, but to still do the laundry, and shower more often! Thankfully, when I came back, everything smelled and looked normal.

Pete, our neighbor across the pier, had to empty his fuel tanks for repairs. With nowhere to put it, and time getting short, he offered it to us…free of charge. Scott just had to get it from Pete’s boat to ours.

After waiting in vain for the mechanic at the marina to help out with pumping the fuel, Scott went to town and bought 100 feet of hose, removed his pump from our engine room, assembled everything on the pier, and pumped 350 – 400 gallons of fuel from Pete’s boat, across the pier and into our tanks.

Before beginning, Scott moved all of the fuel we had into one tank, just in case Pete’s fuel wasn’t the cleanest. As always, Scott filtered the fuel down to 10 microns as he pumped it, and said that it looked great. It was a bit of a hassle, but the process saved us approximately $1,000.00!

There were also several excursions on the Aluminum Princess while I was gone. Scott’s first outing was to the Snyder Canal. 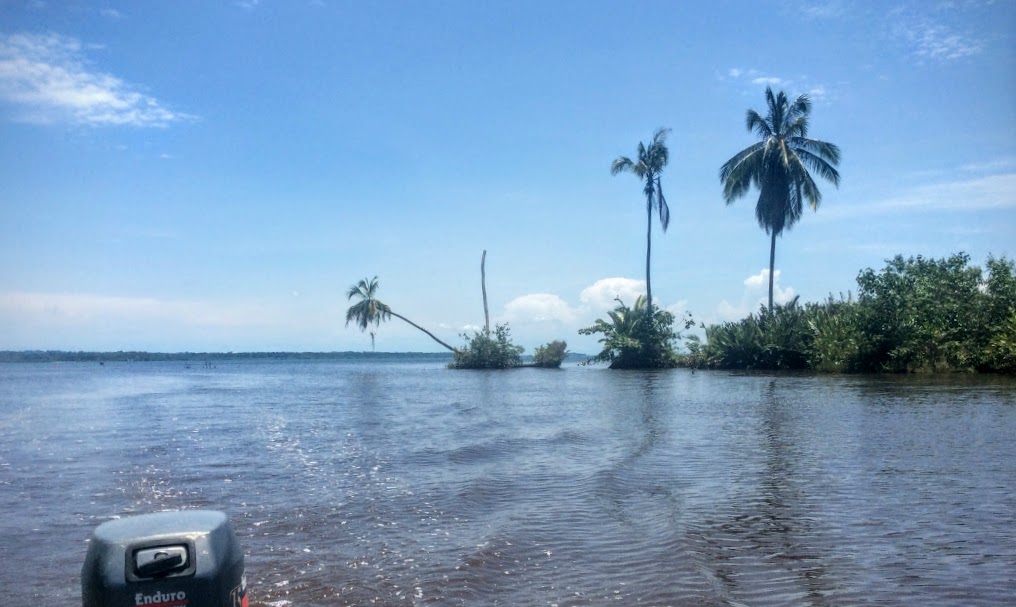 Bocas del Toro is home to Panama’s first man-made canal. The Snyder Banana Company received permission from the Colombian government in 1899 to construct a canal from near Isla Colon to nearby Changuinola, in order to develop banana plantations on property recently obtained from the estate a German banana grower in the area.

There needed to be some way to transport banana bunches to ships waiting in Almirante bay, so construction of the the Snyder Canal began. The United Fruit Company purchased the Snyder Banana Company in 1899, and completed the canal 1903. 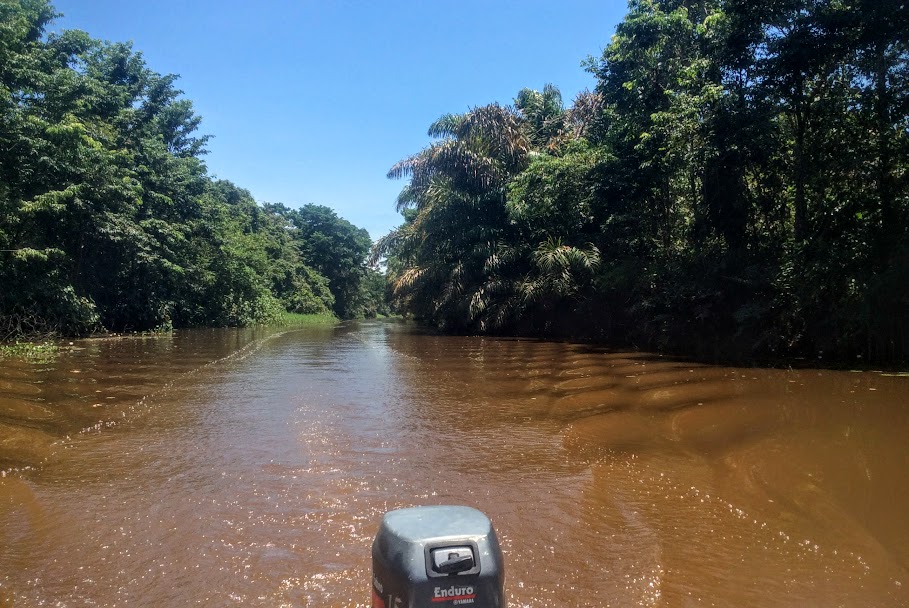 In addition to bananas, the canal was used to barge construction materials, supplies, bridge and steam locomotive parts and personnel to Changuinola. A telephone line was installed along the length of the canal, to communicate the control of heavy barge traffic.

Bridges and railroad systems were eventually built, connecting port facilities to plantations from Changuinola to the Costa Rican border 30 miles away.

By 1909, with the railroad system in place for transporting bananas to newly opened port facilities located on the mainland, the Synder Canal was declared obsolete and was abandoned.

Referred to as “the other Panama Canal,” the Snyder Canal parallels the Caribbean coast, not far from Bocas del Toro. These days, the shoreline has grown into the canal in many spots, making for interesting travel. Scott also passed several local Indian homes on his journey. 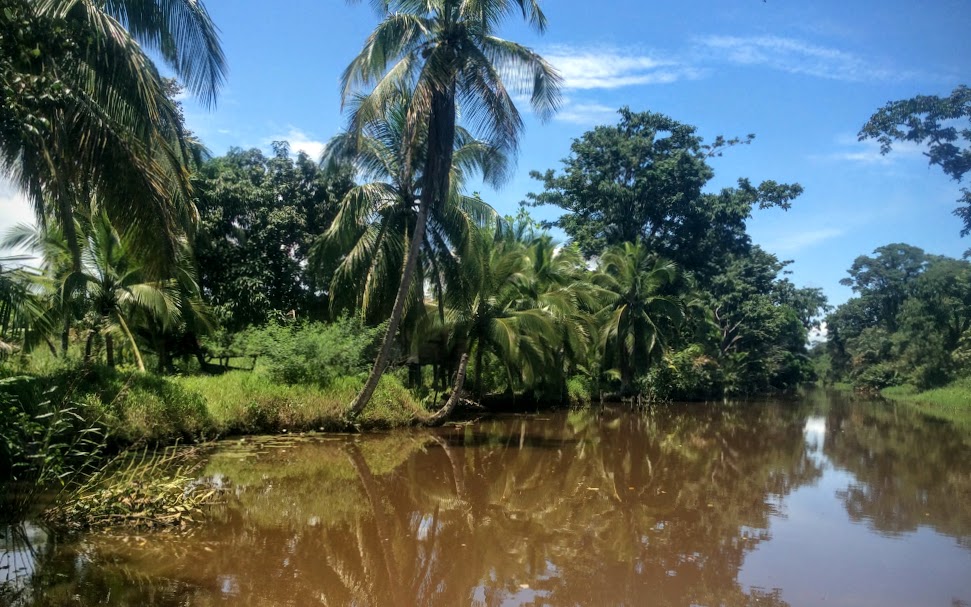 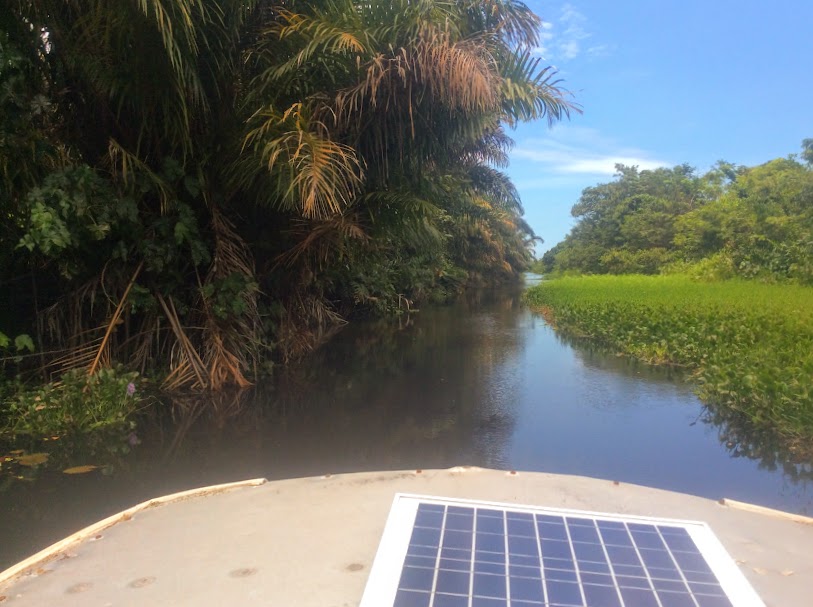 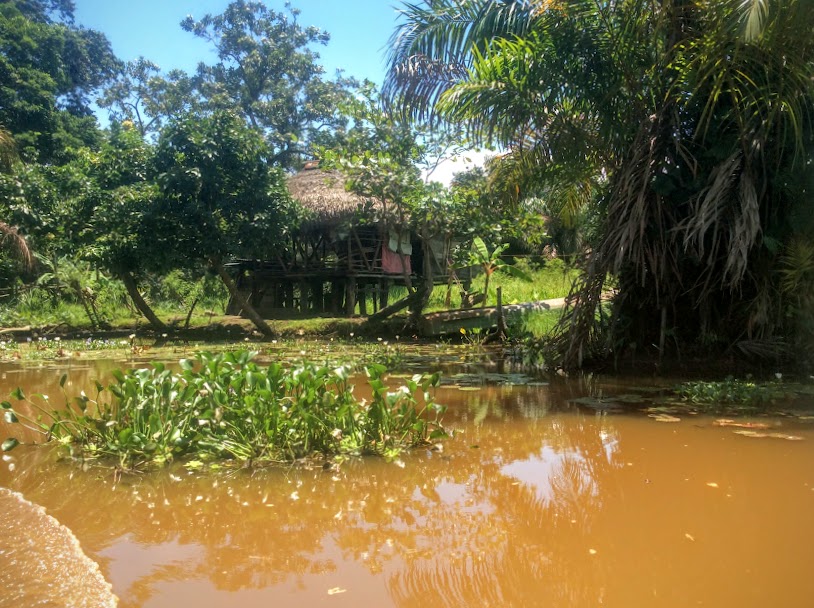 As most of the land along canal is also fronts the Caribbean Sea (canal on one side, Caribbean Sea on the other), Scott noticed many investor signs along the way. It seems that they intend to eventually develop the shoreline here. 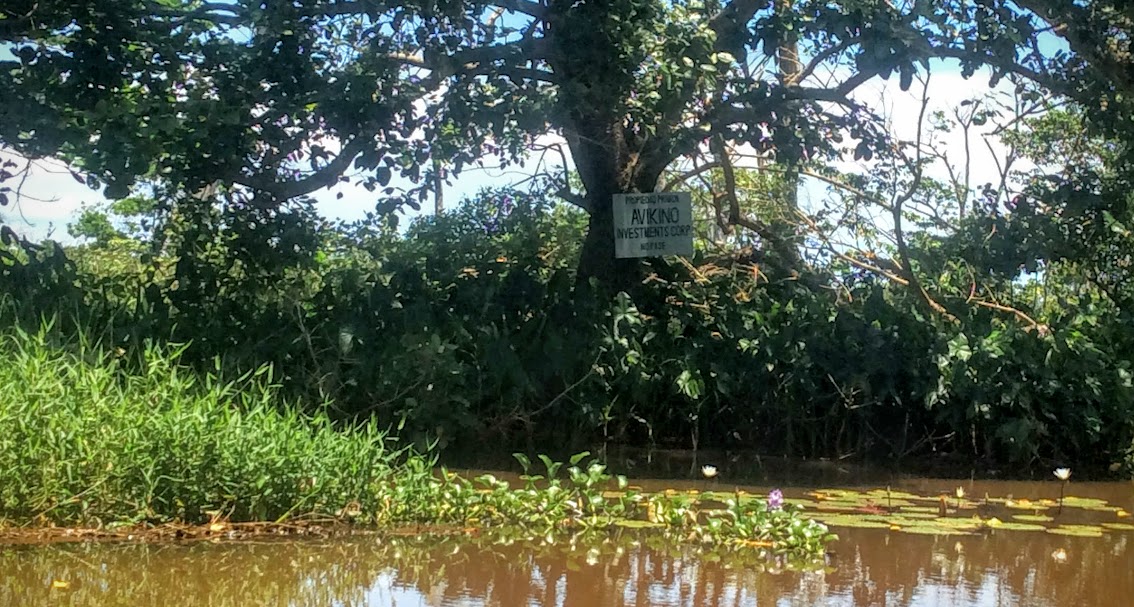 As the canal ends, the water opens up again, with field-like grasses on either side. 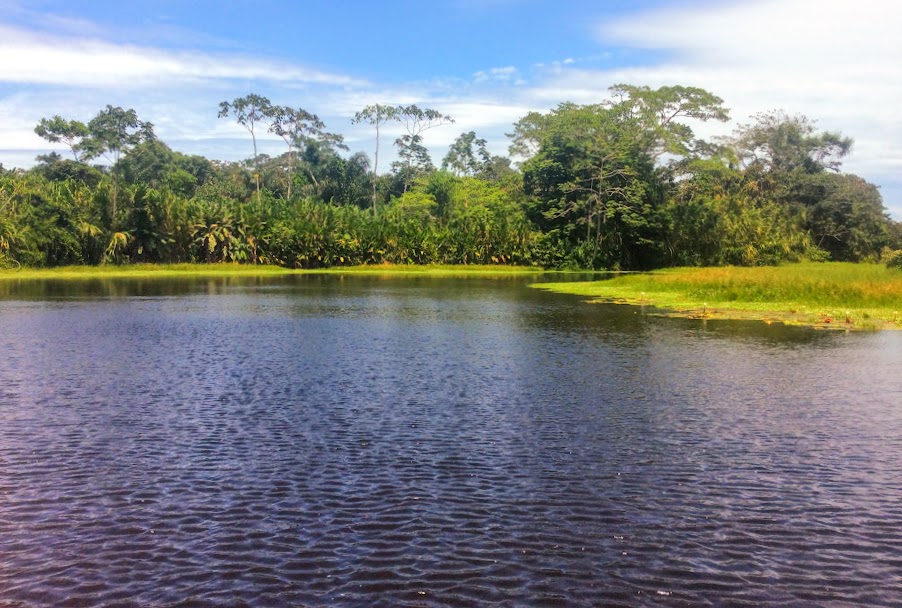 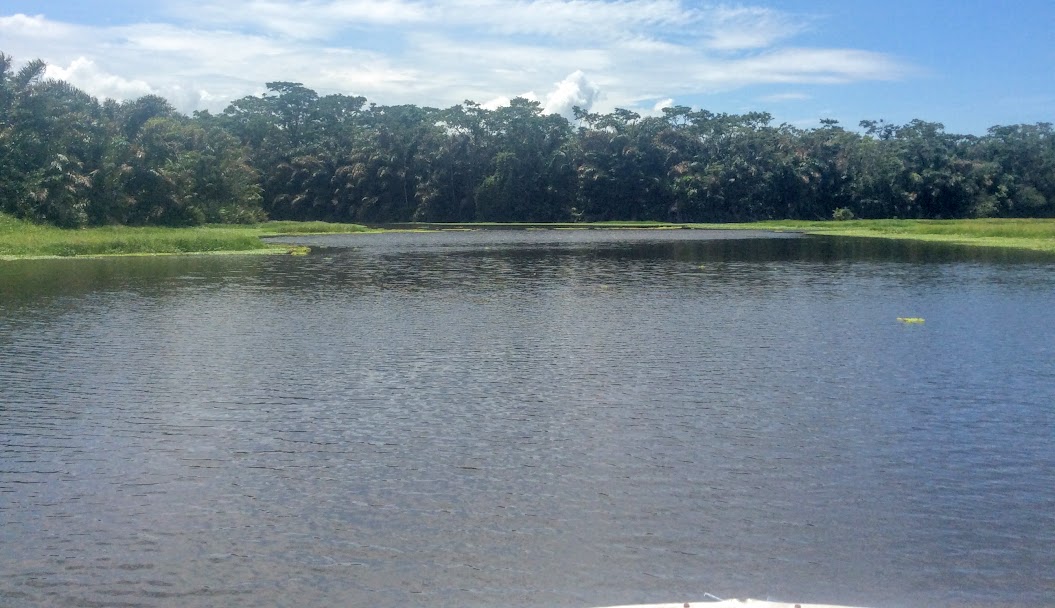 Scott next traveled the Rio Banano, a small, natural river nearby. Unlike the man-made canal, the Rio Banano is thick with mangroves. They crowd the shoreline, and hang down from above like tropical stalactites. 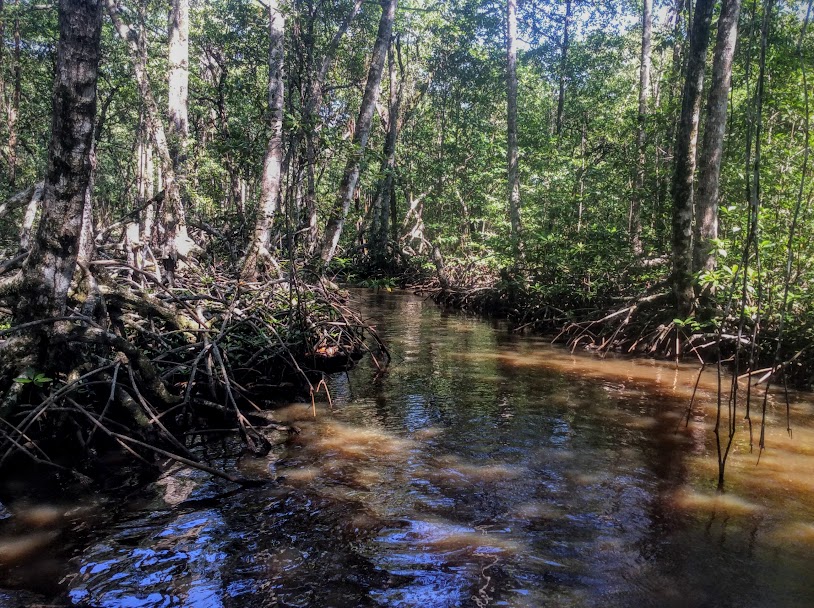 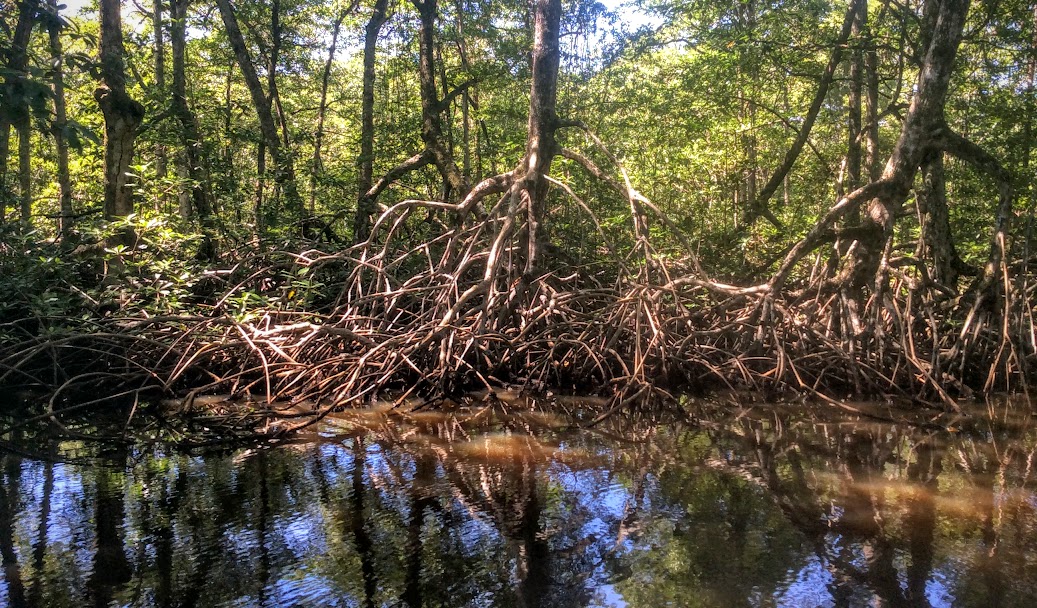 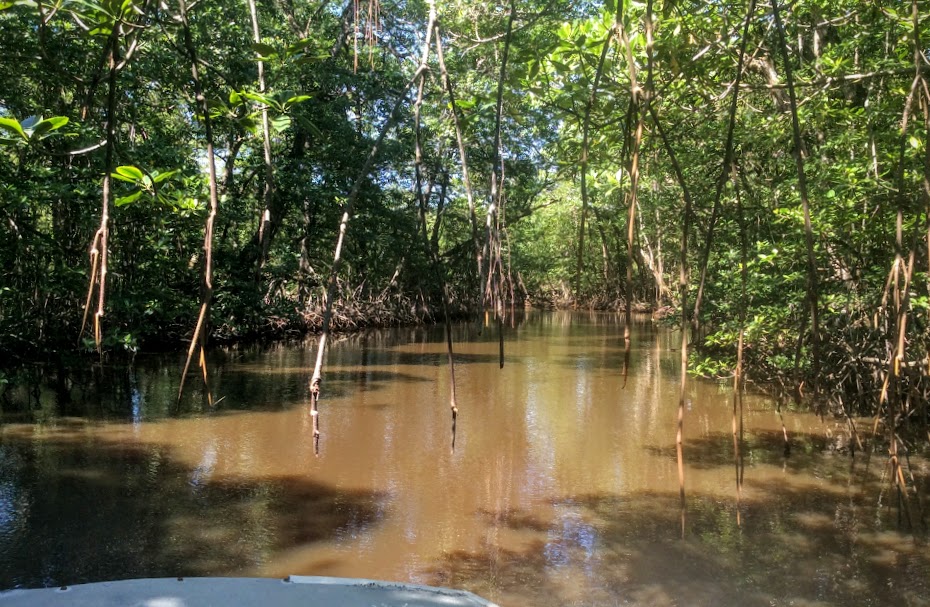 Scott navigated the twisting, turning path through the muddy, sediment-filled water. He hoped that his prop didn’t snag anything along the way, not wanting to put his hand in the murky water to free it. 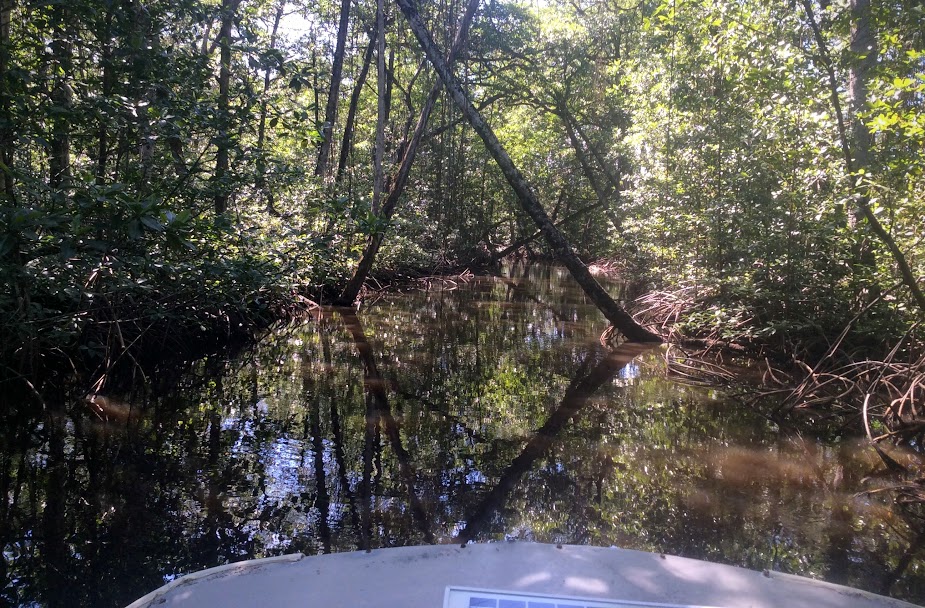 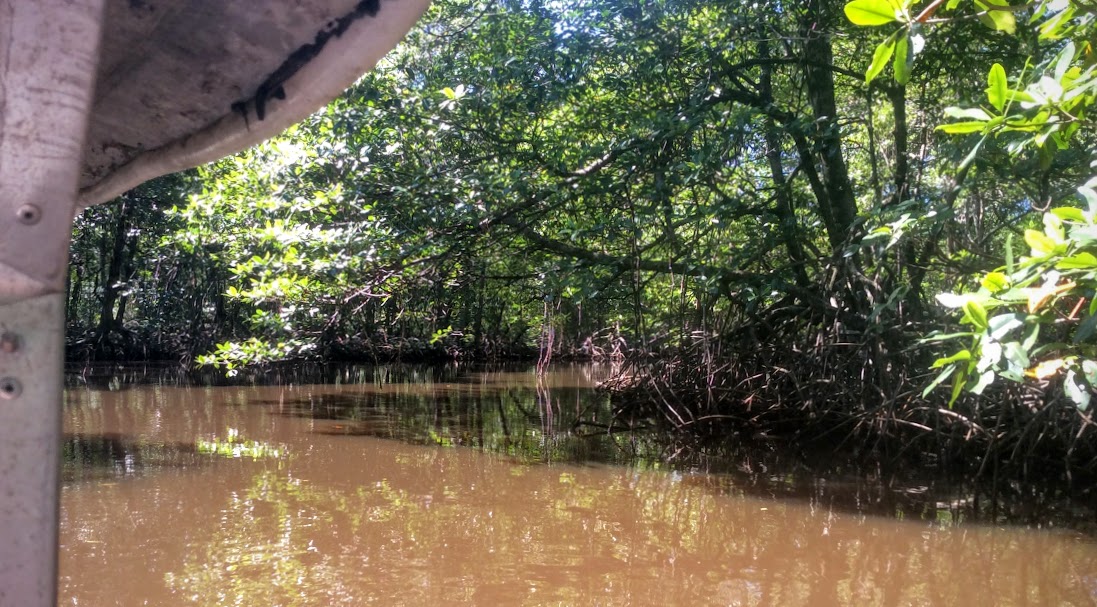 Scott loves a good day of exploring, and enjoyed discovering these two interesting waterways. Here are more photos of his Aluminum Princess excursions near Bocas.