Holy cow, I cannot believe it’s been almost a month since my last post!! I finished up my visit home with a day at the Fell’s Point Festival. Located just east of Baltimore’s “Inner Harbor,” the neighborhood of Fell’s Point has a maritime past, and the air of a seafaring town. And, it also has the greatest concentration of drinking establishments and restaurants in the city….a perfect place for a festival! 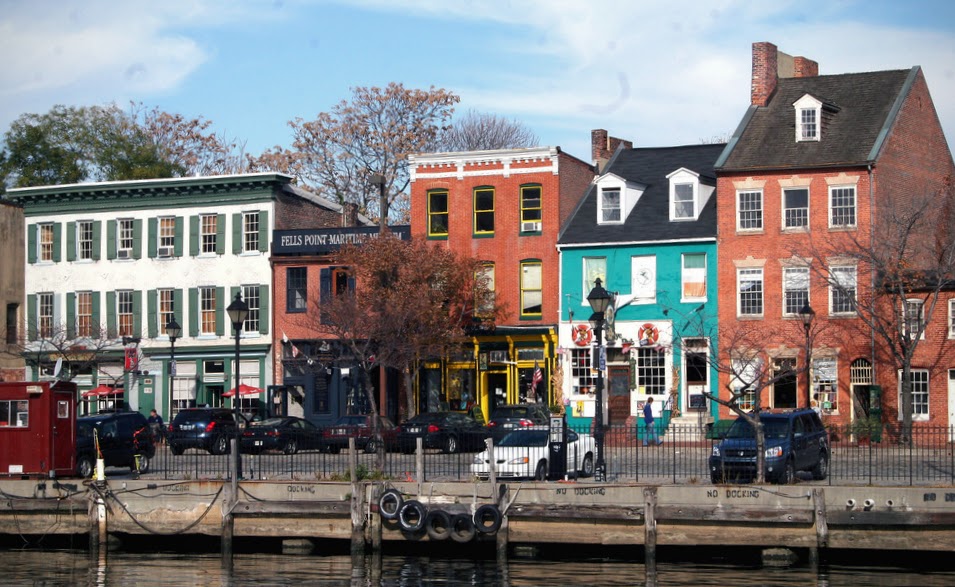 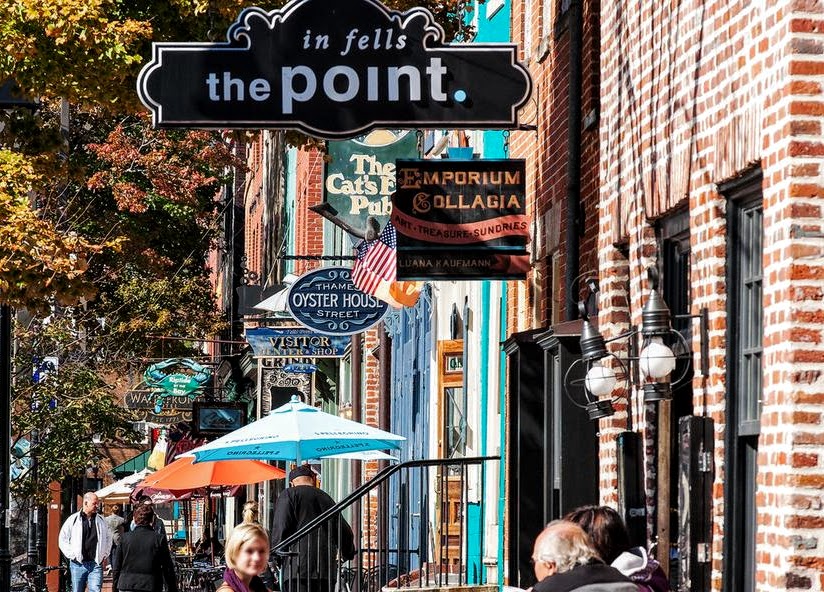 I was able to spend time with our former neighbors, giving me a chance to take a peek at the house, yard and pier we sold last year. I was only able to sneak a photo of the pier, at the left.

Our friends Eric and Mary were great neighbors, and it was nice to catch up with them, their daughter and grandson. The views of Shallow Creek were, as always, beautiful and peaceful.

My friends Amy and Joe, and Nan and Mike put me up for many nights while I was in town. A BIG thank you to them, for graciously sharing their homes with me. Both have awesome views of the city from their rooftop decks, just one of many things I love about Baltimore.

On one of my last nights in town, I met with friends to watch the Orioles try for a spot in the playoffs. Unfortunately, they didn’t get past the wild card game, but it was a great final night out.

From there, it was back to Annapolis, and my sister’s house. She and my brother-in-law also allowed me to drop in and out of their lives during my visit. They are invaluable with helping us manage mail, bills, and many other mundane details as we cruise; we cannot thank them enough!

My sister plays cello…scratch that, “electric” cello, with a group that plays in the Annapolis area, and also on Maryland’s eastern shore. On my last night in town, they performed at a record store in downtown Annapolis. I was shocked to see how popular records have become again! 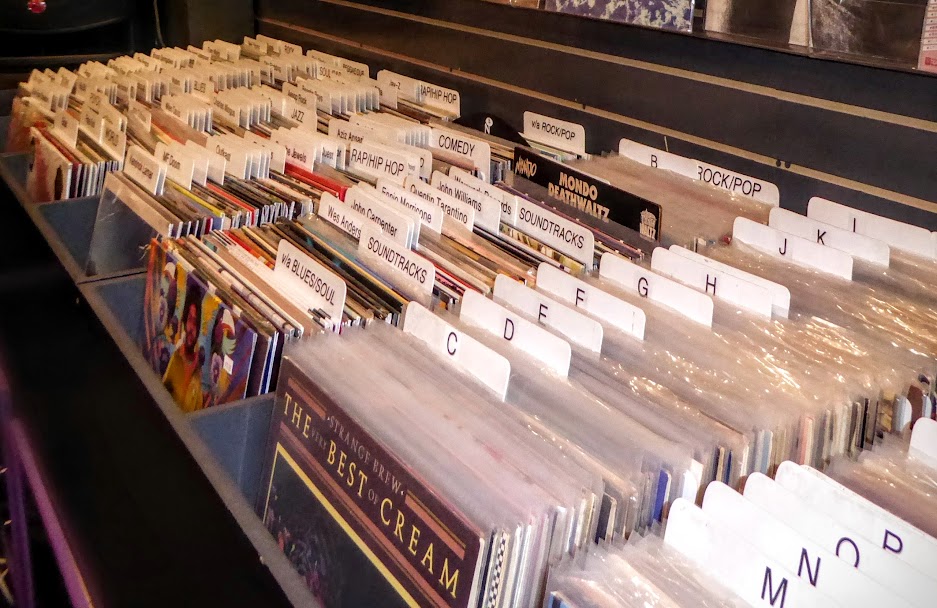 They drew quite a crowd, and the store was packed with people. Please forgive me, but it  has to be said, my sister kicks ass!

So, that wrapped up my visit home. It was great to be back for awhile. I recently heard someone describe Baltimore as being like an old, worn shoe; a little scuffed up around the edges, but don’t polish it, because the scuffs tell many stories. All my Baltimore stories and memories are great ones, and I’m proud of my city’s “scuff.”

My trip flew by, and I had an awesome time, but all the running and doing had me pretty ragged by the end. It was time to board a plane and head for Panama, via Atlanta. I enjoyed some great sunset views from my window, along the way. 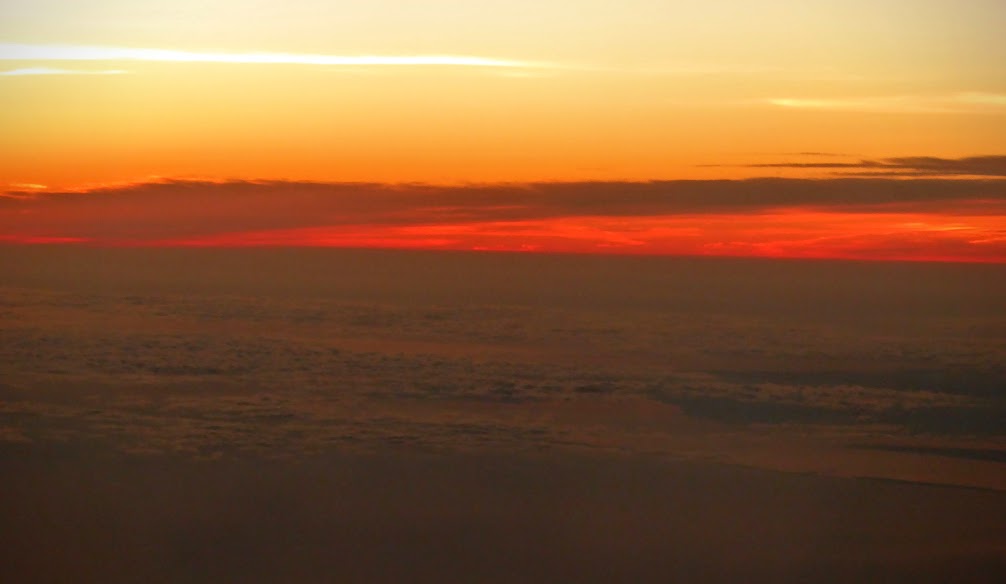 When I landed in Panama City, my trusty cab driver, Willie, was waiting as I rounded the corner out of customs. Hurray…as I was lugging quite a weighty load!

After an overnight in Panama City, Willie met me first thing the next morning and dropped me a the domestic airport. I arrived extra early, to beat city traffic, and was rewarded with an offer to take an earlier flight. I hesitated, knowing I had no way to let Scott know the change of plan, but decided to just go with it.

I took off just after 7:30am, and again enjoyed some great views, during the short flight back to Bocas. 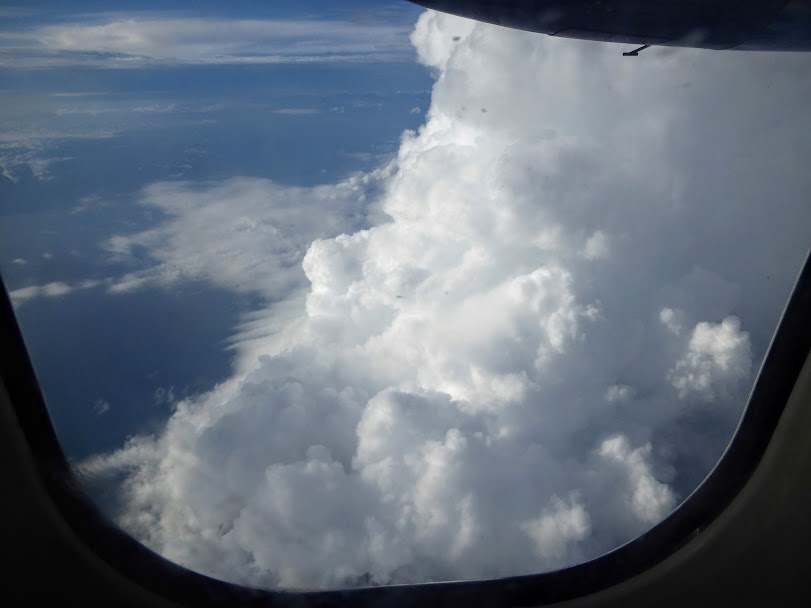 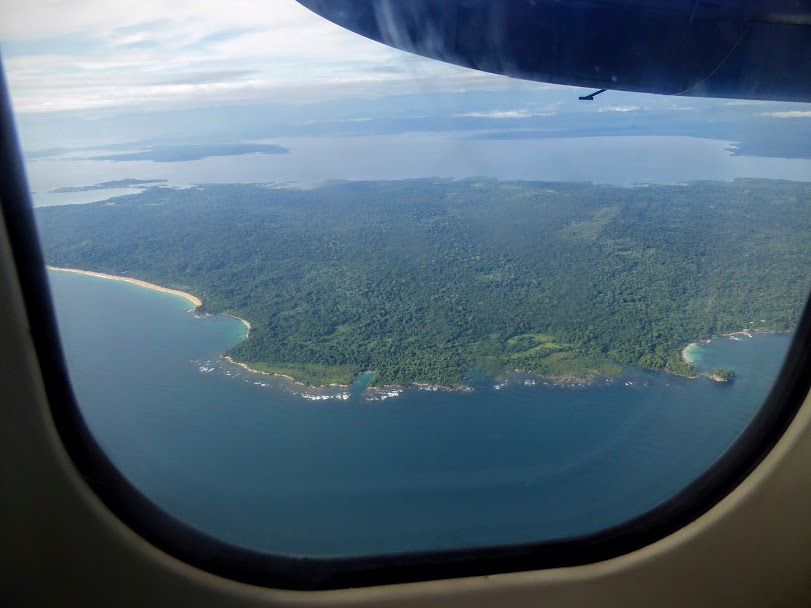 We flew right past Isla Colon, and Bocas Town.

I waited for the plane to make it’s turn toward the airport, but it kept going. I was sure I’d boarded the right plane, but now wondered where this thing was headed. We landed at a remote airstrip, similar to that in Bocas Town, but it was definitely not Bocas Town.

As people began to disembark, I went forward, to ask the flight attendant what to do. I asked her about Bocas (dealing with language barrier), and she motioned that I had to get off the plane. It seemed that I had to change planes, but I wondered how I’d do that, with just a torn ticket stub.

As I gathered my things and headed for the door, an America couple ahead of me was asking about Bocas as well. A different flight attendant, with better English skills, told them to stay on board, that we were continuing on to Bocas next. Whew!

Soon we were off to Bocas, landing eight minutes later (really, eight minutes!). I easily got my bags, as only seven of us got off the plane, and a cab driver called to me as I came outside. He dropped me at the water taxi stop, and called for someone to come help me with my bags, that were as heavy as if they had dead bodies packed inside them.

I made the five minute trip across the water to Bocas Marina, was dropped at the pier, and lugged my way to Sea Life just before 9am, much to Scott’s surprise. Luckily, I caught him before he’d left to pick me up! We discussed having  a “plan B” in place for future situations.

So, I’m back to life at sea, or should I say marina life for now. I’ve caught up on sleep (getting 12 straight hours my first three nights back), laundry and cleaning and we’ve moved locations to a new marina (more on that to come). It’s great to be back on Sea Life, with Scott and Howard, and I’m looking forward to enjoying the area before we shove off to discover more of Panama’s Caribbean coast. Here are more photos of my final days at home, and flights back to Bocas.