Scott regularly follows cruising and trawler websites, as well as several blogs. During our refit, and over the last 18 months or so of actively cruising, the various sites and forums have been useful sources of information and first hand knowledge. One of the more interesting blogs is that of Duantless, another 42′ Kadey Krogen trawler.

Richard Bost began cruising with Dauntless in the Bahamas, and then traveled back up the east coast to New York. After his “shakedown” cruise, he headed for Nova Scotia, and then crossed the Atlantic (traveling alone from the Azures to Ireland). Richard wintered in Ireland, and then spent time extensively cruising areas throughout the North and Baltic Seas.

Dauntless returned to Ireland for maintenance and repairs, and then continued on, making stops in France, Portugal, Gibraltar, Morocco and the Canary Islands before crossing back over the Atlantic, and into the Caribbean. After spending time in Martinique to rest and refuel, Richard planned to head for the Panama Canal, stopping in Cartagena along the way.

Scott and Richard had been communicating through Trawler Forum for about a year, trading information back and forth. When logistics for stopping in Cartagena became an issue, Scott convinced Richard to make a detour, and come to the San Blas for a visit.

As Dauntless approached the San Blas, we kept an eye on Richard’s progress through the Delorme link on his blog. We noticed him stopped in Nargana, and realizing that he’d been informed we were there, Scott contacted Richard to let him know that we were now in the Eastern Holandes. It wasn’t long before we spotted Dauntless making her way into the swimming pool anchorage. 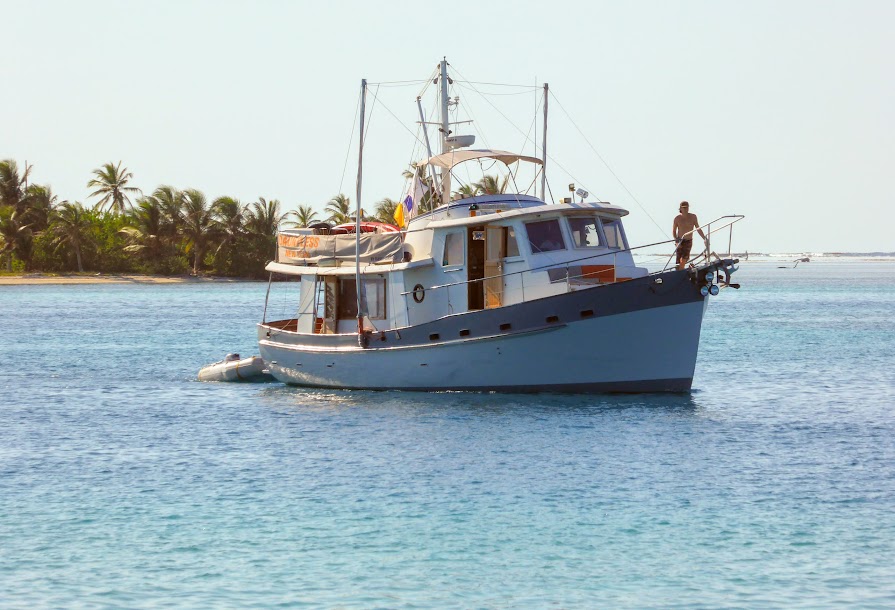 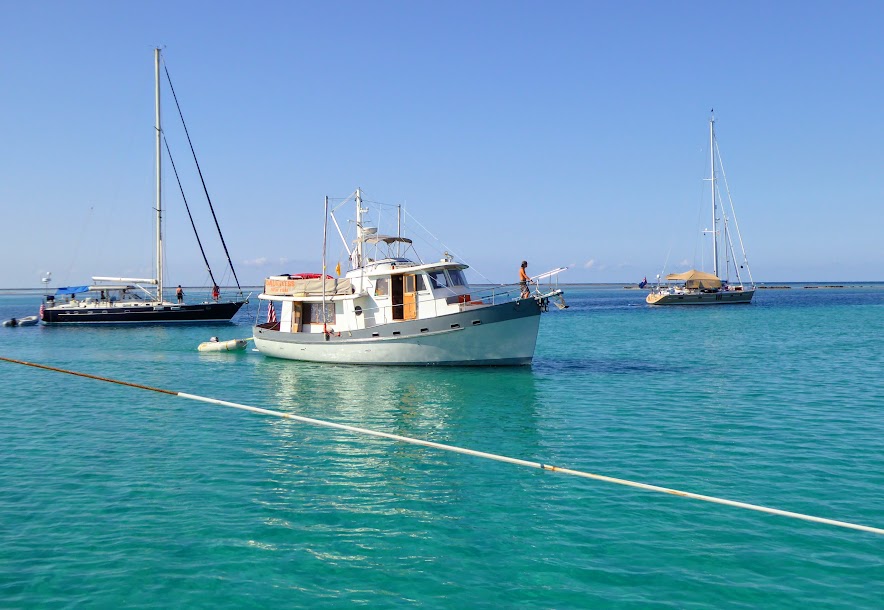 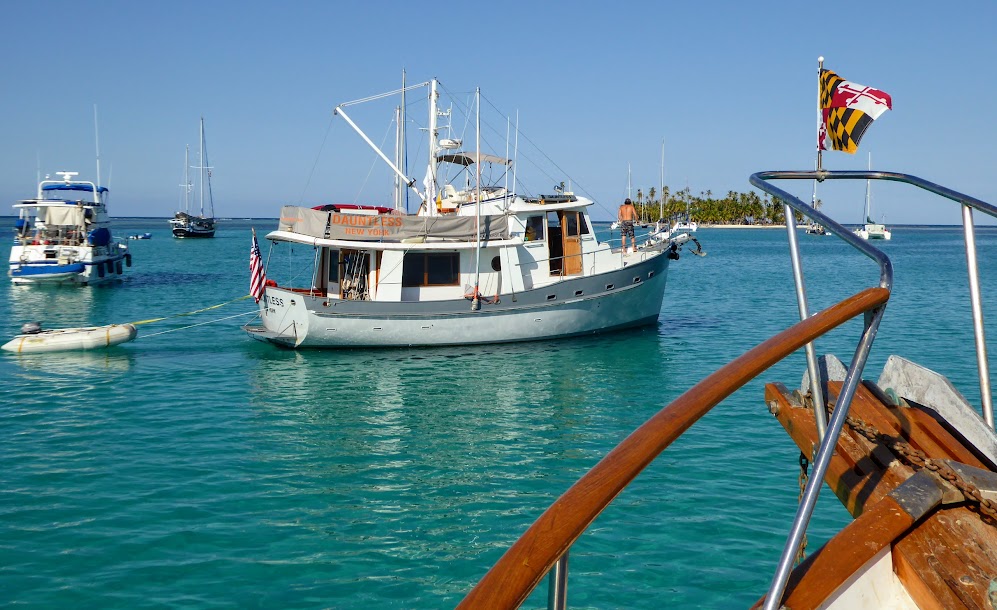 Once they were anchored, Scott went over to officially welcome Richard and his nephew Micah to the pool. They had traveled straight through from Aruba, so we made a plan to meet aboard Sea Life for brunch the next morning, giving the two a chance to rest up. 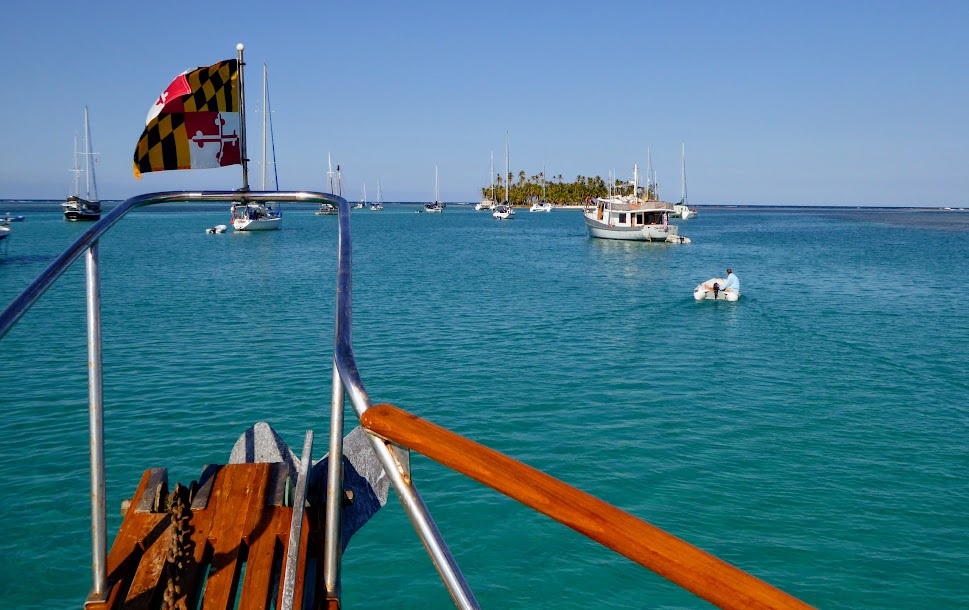 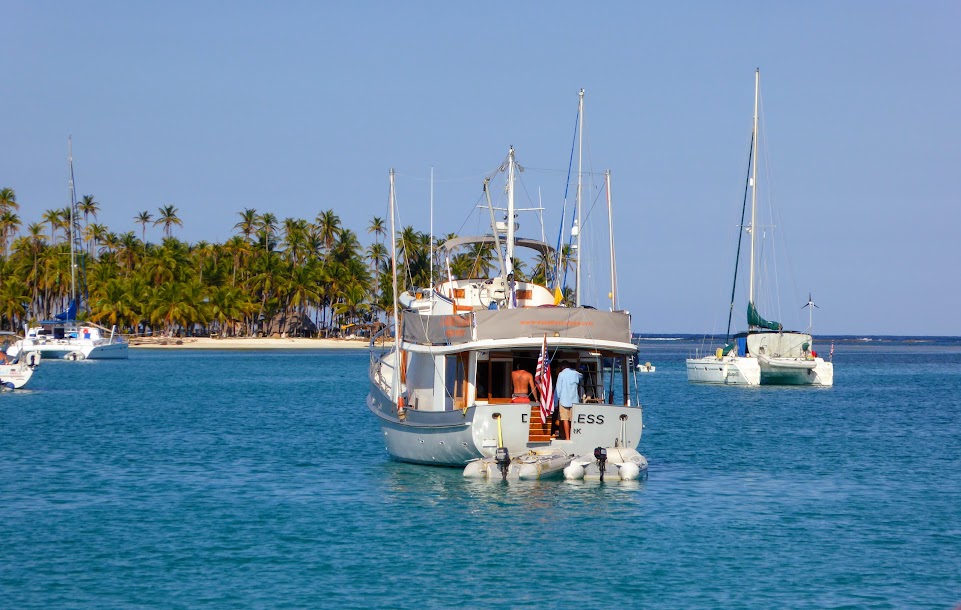 In the morning, rested and refreshed, Richard and Micha joined us for brunch. With full bellies, the inspection of Sea Life began. 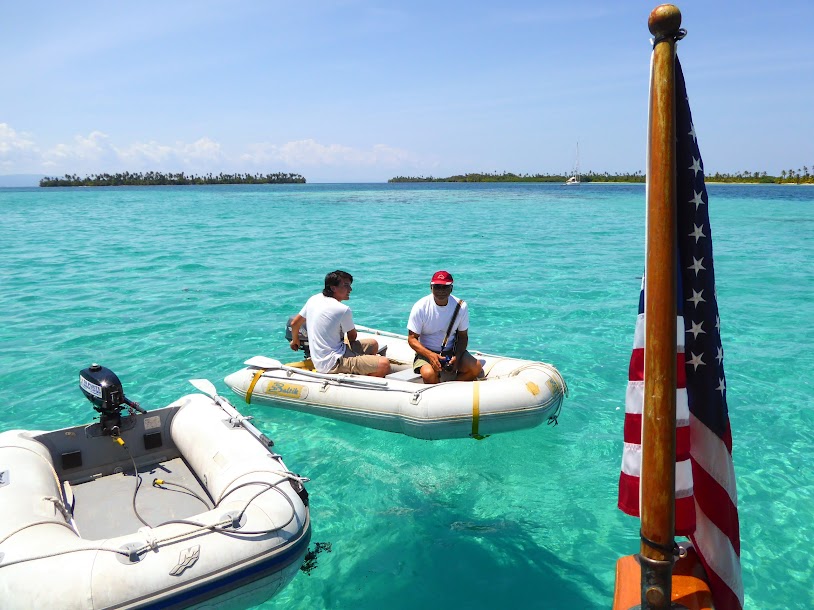 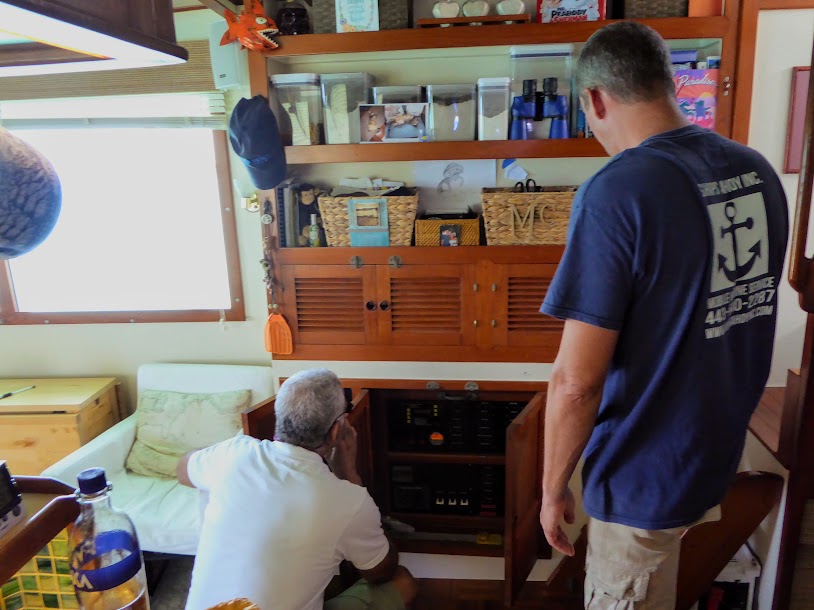 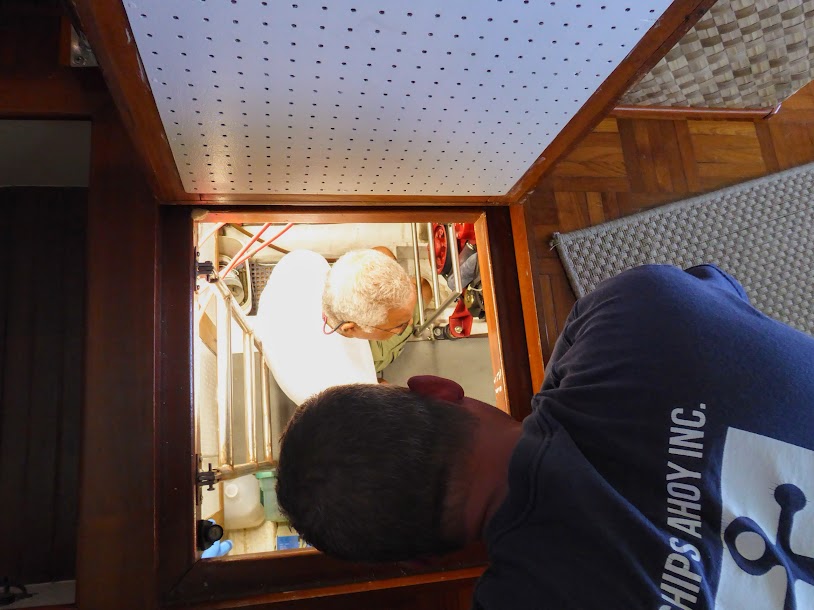 Then it was back over to Dauntless, where Richard and Scott compare boats and notes. 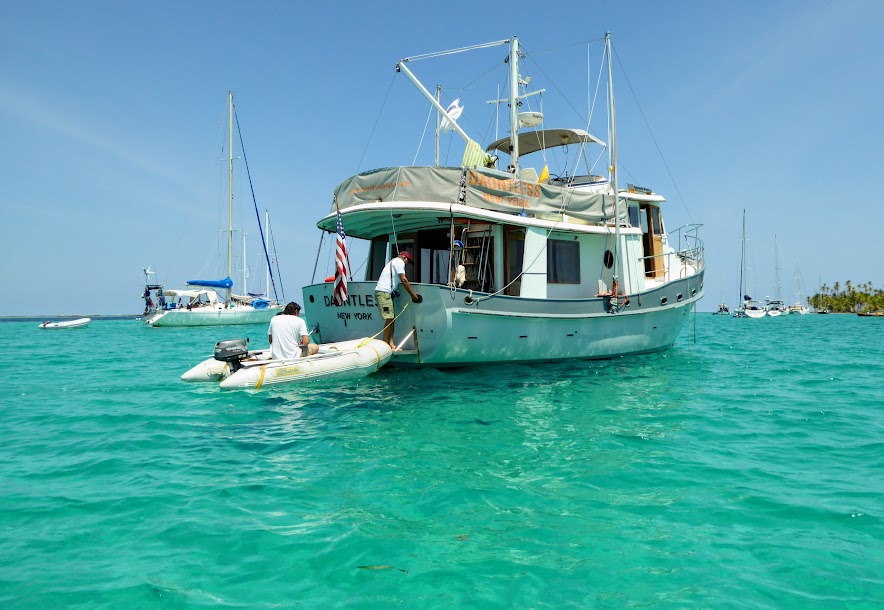 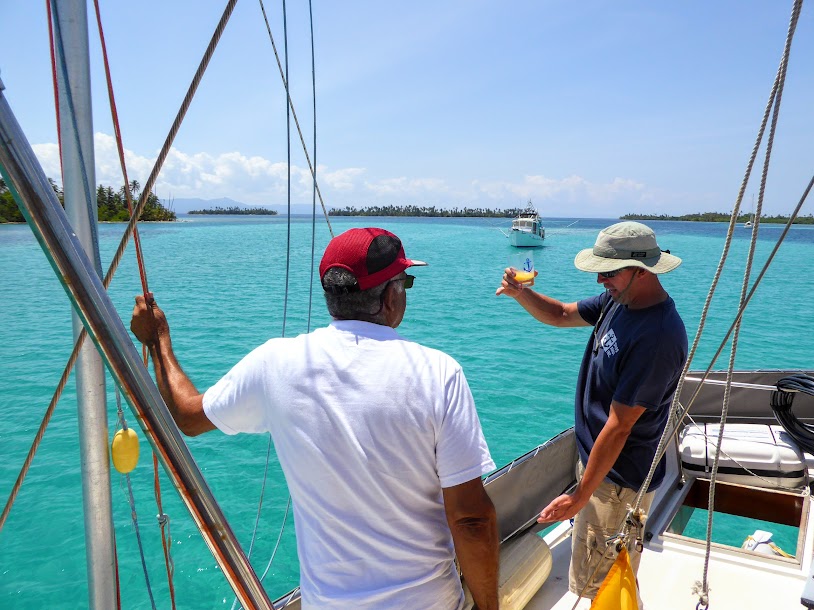 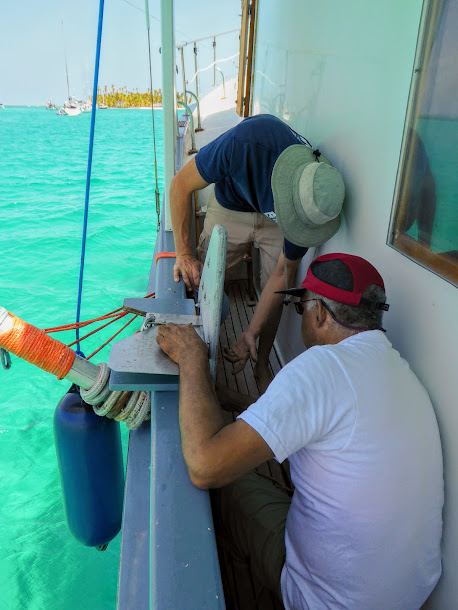 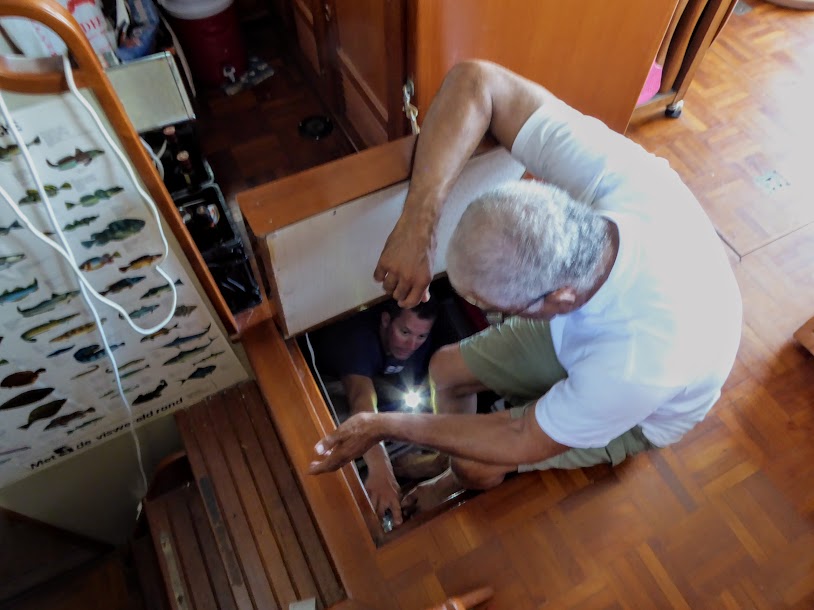 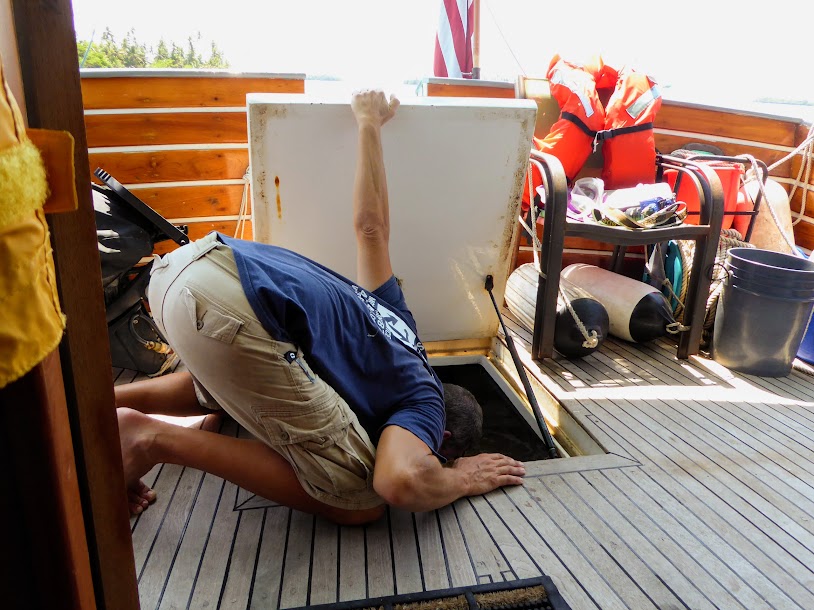 The two enjoyed exchanging information, learning much about how each boat was outfitted. Unfortunately, Richard was on a tight schedule to make his Panama Canal date, so it was a short San Blas visit, but we enjoyed meeting him, and Micah, after following Dauntless’ adventure for the last several years. It was also nice to have another trawler in the anchorage, among all the sailboats! 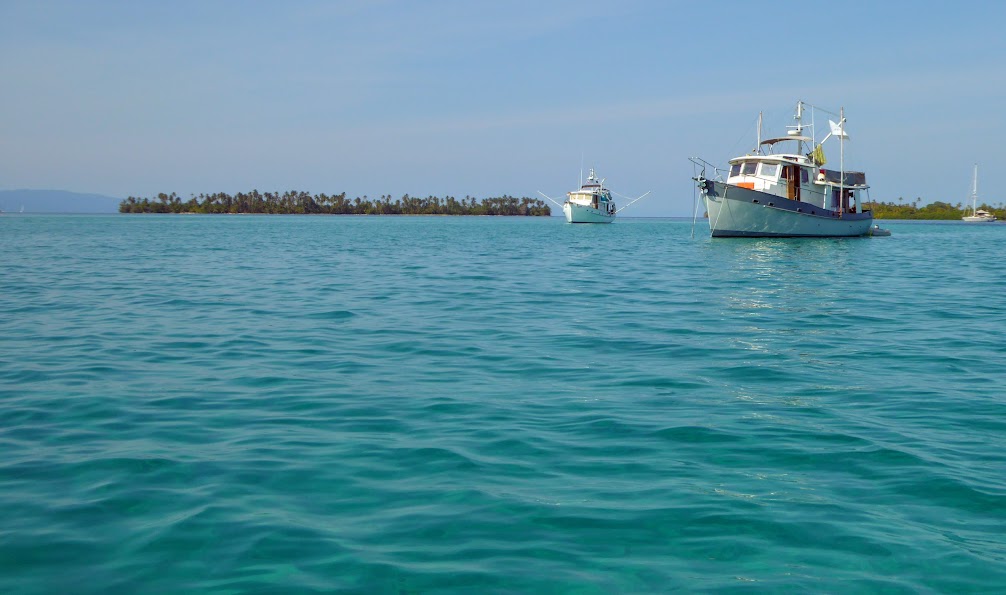 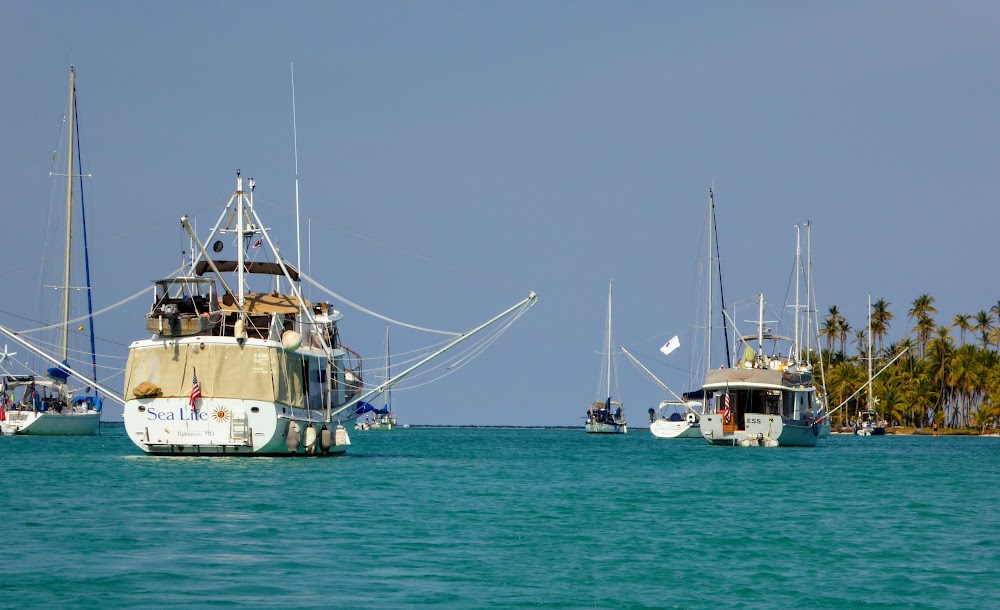