** Disclaimer:  Yes, I am behind on my posts.  No, this post is not real time, meaning we’re not in currently in the Spanish Virgins. Keep track of our current location through the Where Are We Now page. **

The weather wasn’t favorable for a smooth ride straight to St. Thomas (going east, and consequently into the wind, is always challenging), so we chose to make a quick visit to the island of Culebra, one of the Spanish Virgin Islands, along the way.

Culebra and Vieques are the primary islands in the Spanish Virgins, but there are also many other smaller islands closer to shore. They’re all part of the Commonwealth of Puerto Rico, and therefore also a territory of the United States. The islands belonged to Spain, before the Spanish-American War, and Spanish is still the primary language. Here’s a map I found online:

We raised the anchor at dawn, in our quiet, scenic spot along Puerto Rico’s southern coast, and began our short journey to Culebra as the sun rose. 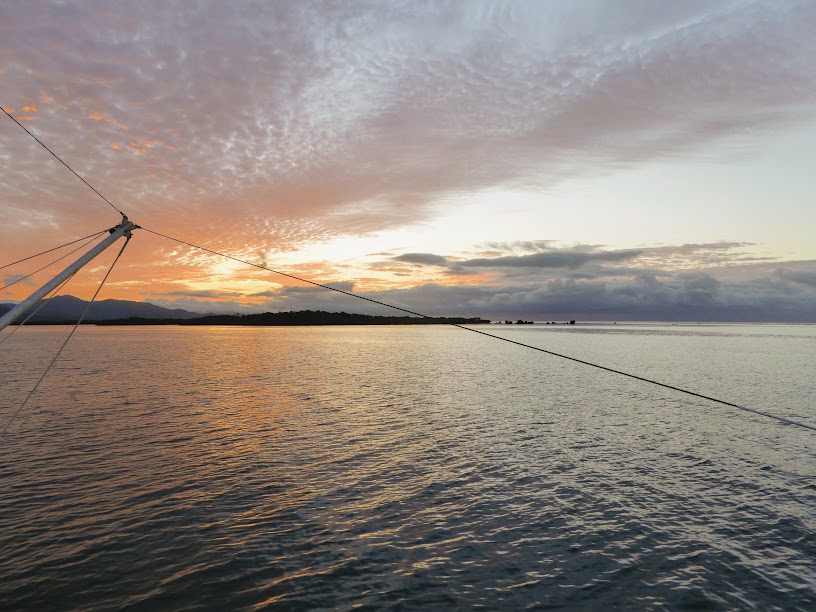 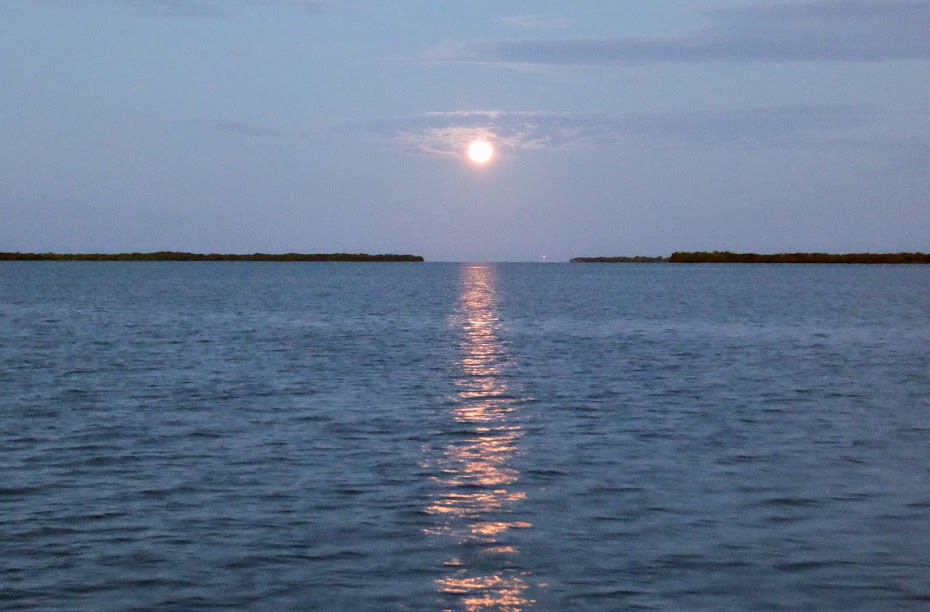 Lush green hills, and many more windmills lined the shore, as we neared the end of mainland Puerto Rico. 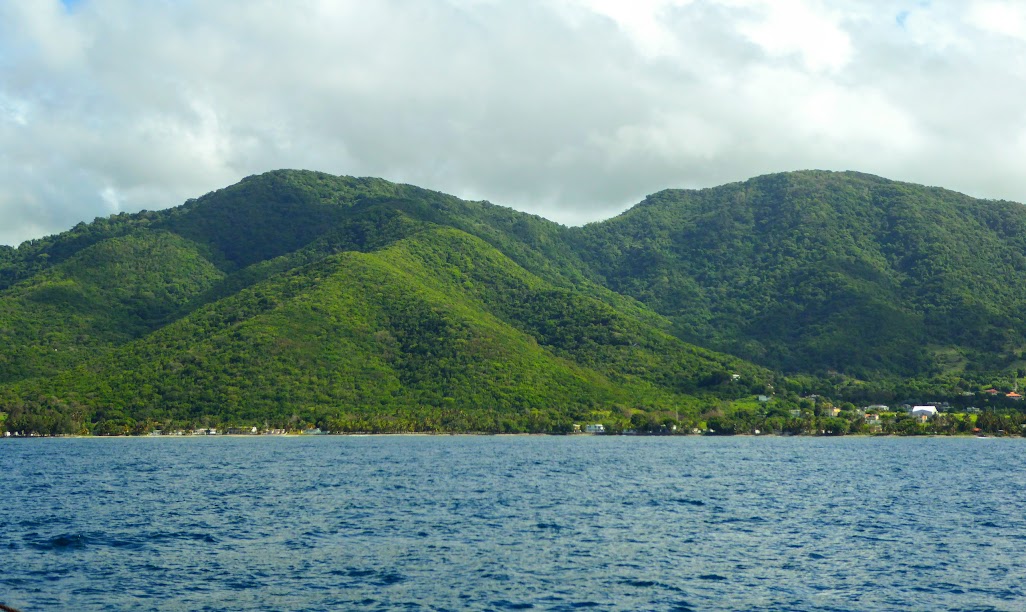 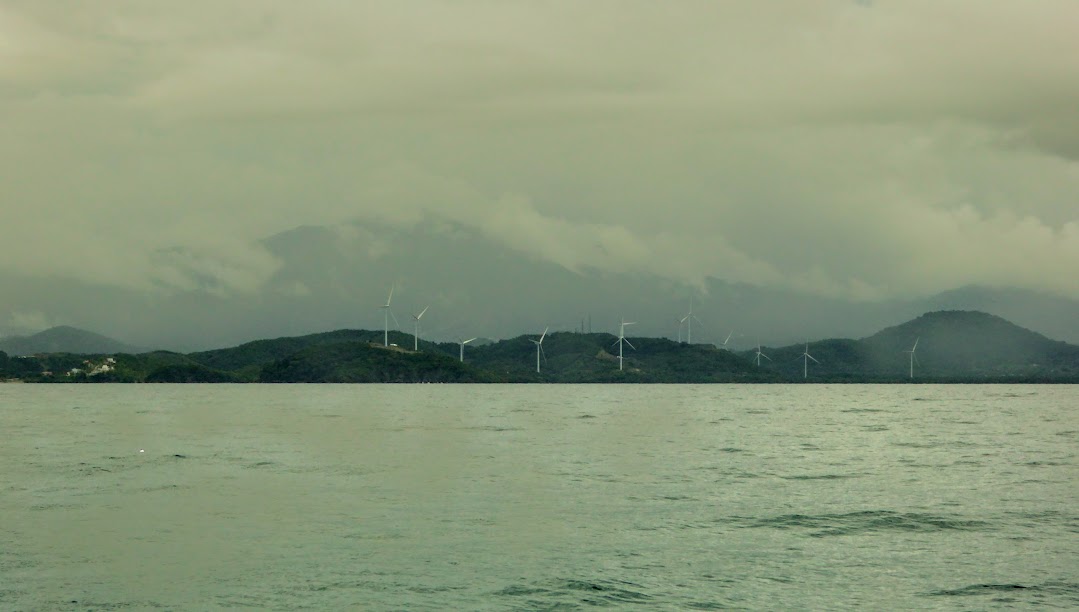 It was still pretty early for Howard, so he took advantage of the usual “towel fort” that we build him for travel, and caught some more zzz’s. 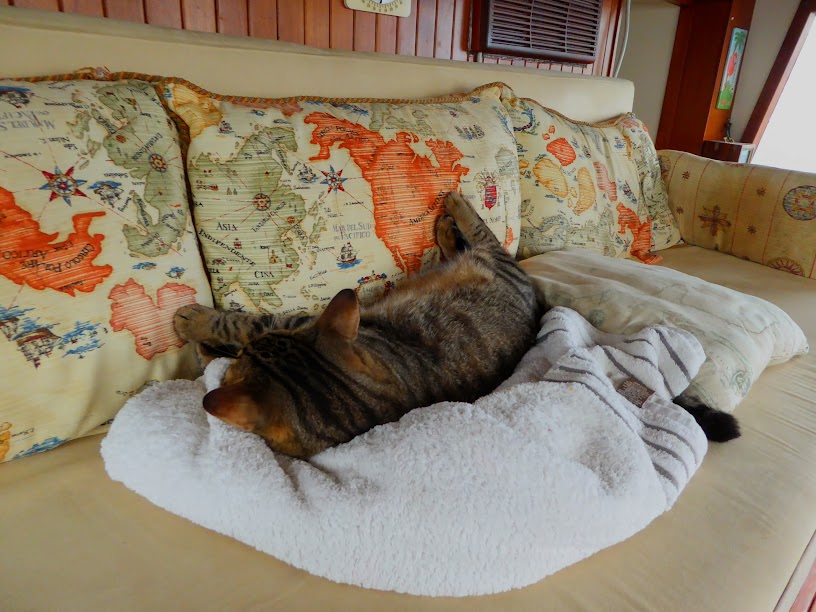 We passed by Vieques, the larger of the two main islands, and were anchored behind a reef, off of Culebra’s southwest side by mid afternoon. 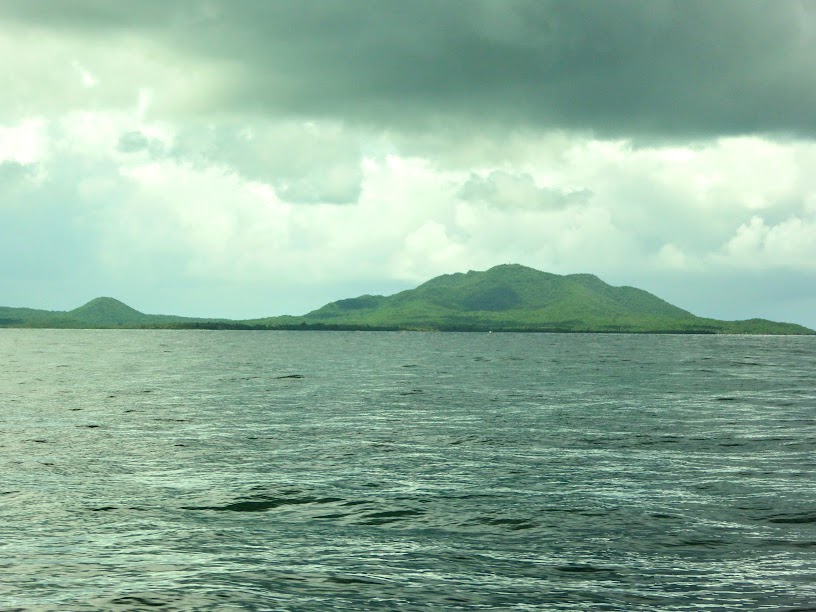 We’d had overcast weather during our trip over, but not long after we’d set the anchor, the sun came out to greet us. The view behind the boat was a mix of brilliant green, meeting clear blue, with many different homes scattered among the hills. Off of our bow, we had an open view to the bay, and nearby reef. 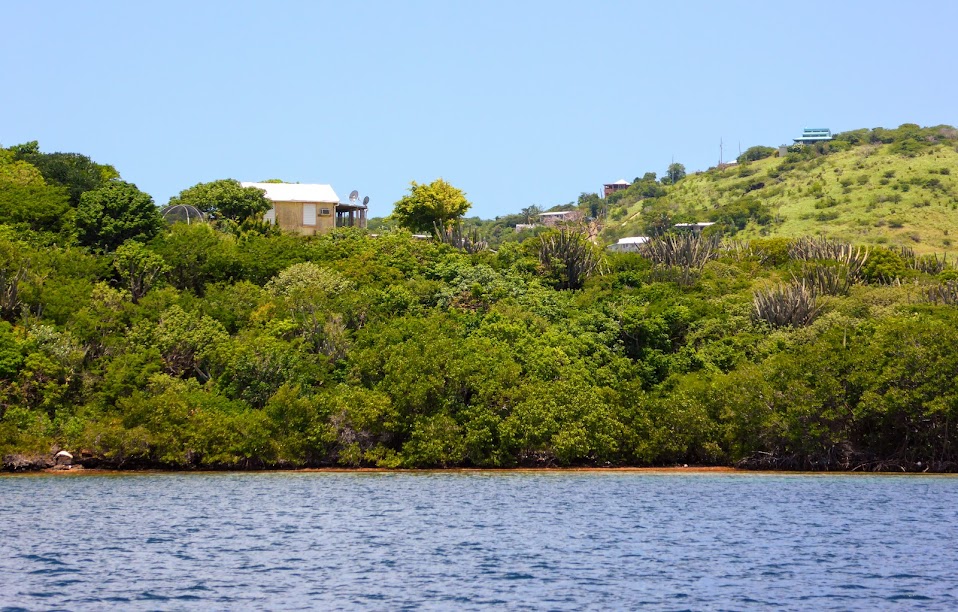 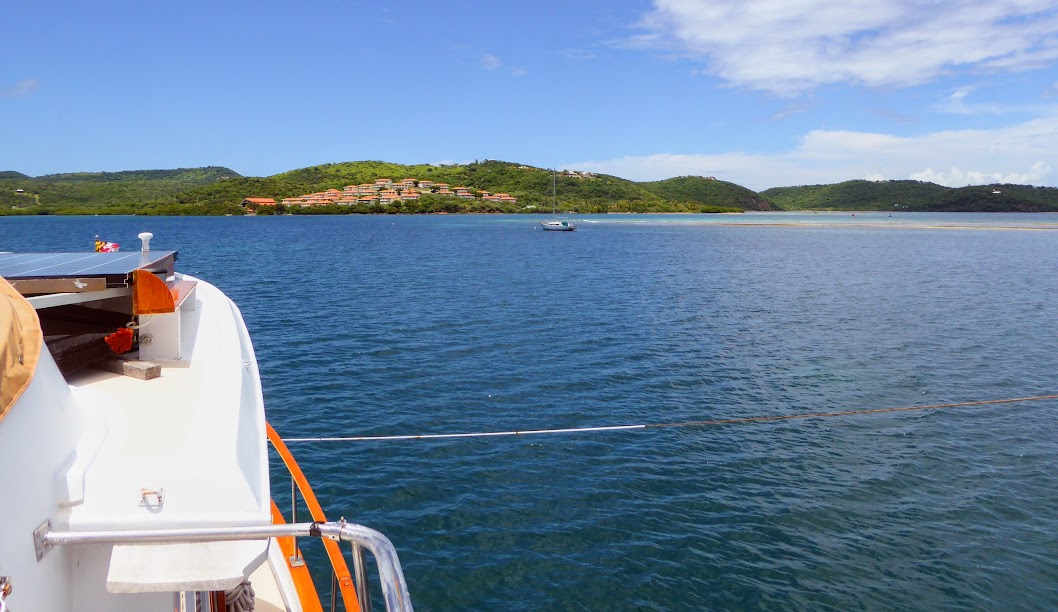 AND, we were lucky enough to spot flamingos!!….Honest to goodness flamingos, feeding along the edge of the reef!! Pretty cool, even if I had to look through binoculars to see them, and zoom the camera lens to capture a photo. 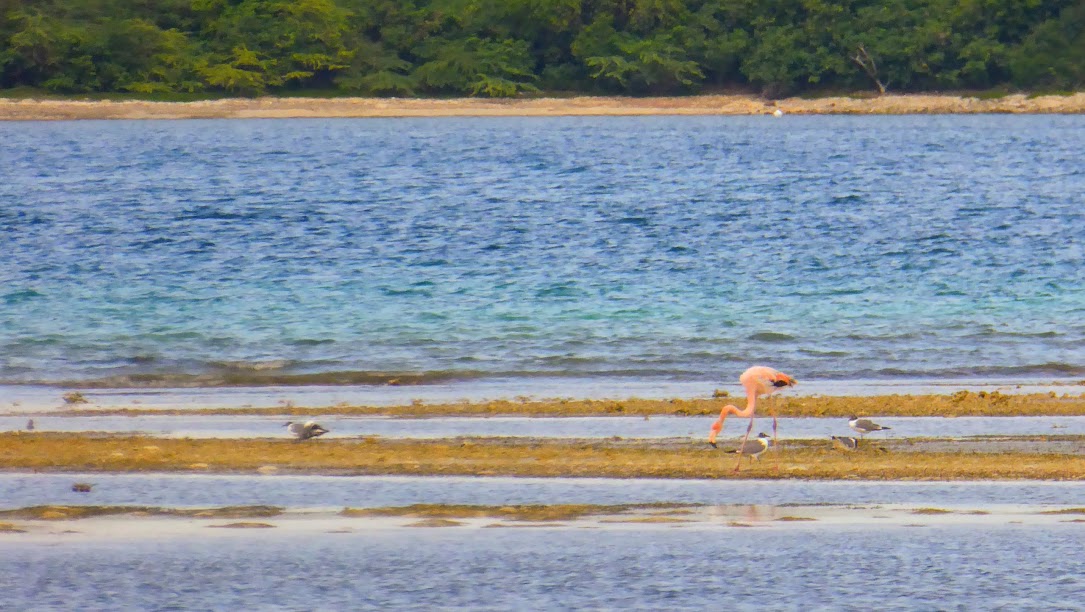 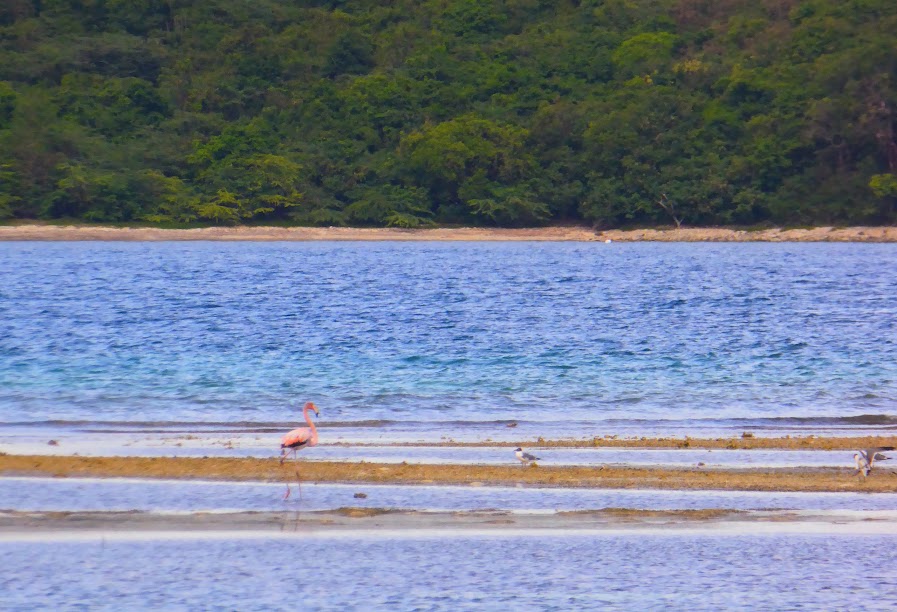 Howard took it all in from his shady perch up on the flybridge, beneath the Aluminum Princess. Later, he and Scott enjoyed the sunset together. 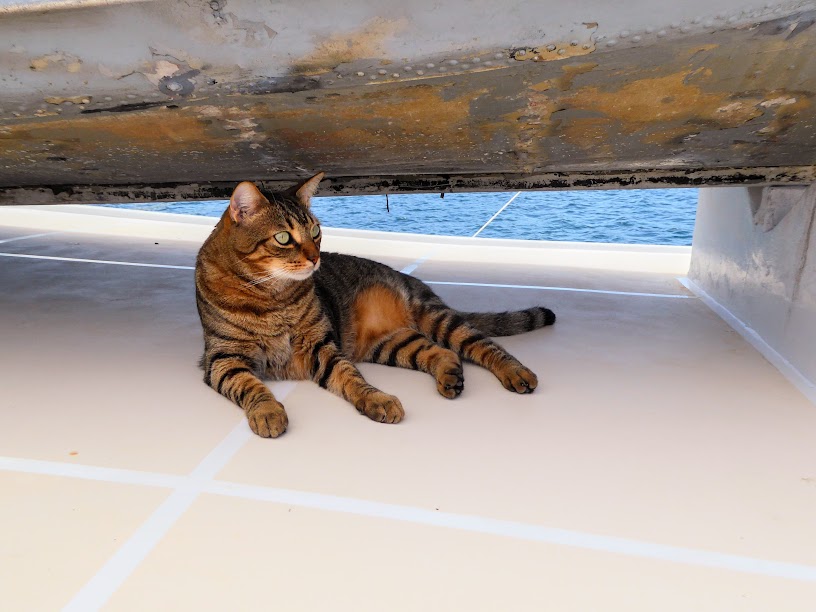 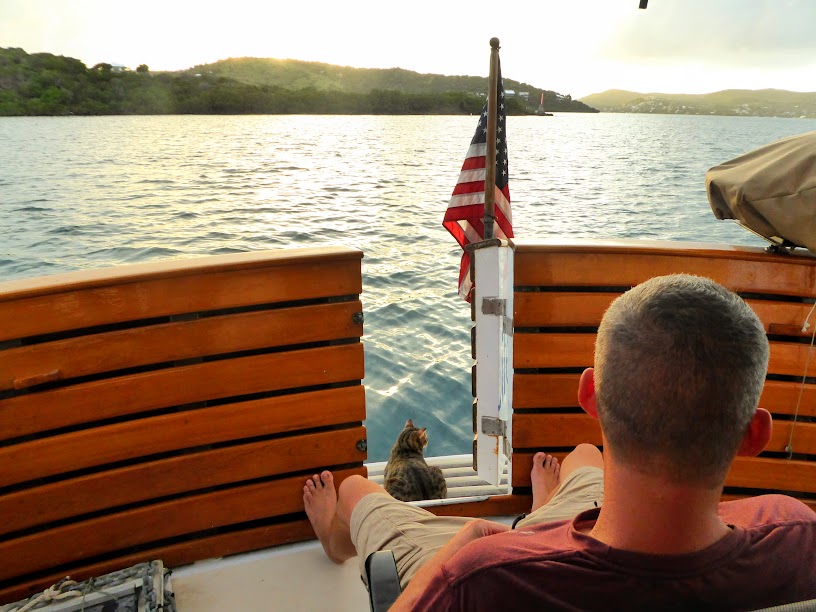 The next morning, we decided to dinghy into the bay, and explore the small (and I think only) town of Dewey. We passed the popular Dinghy Dock Restaurant, and continued on, through a short canal that lead to the western side of the island. 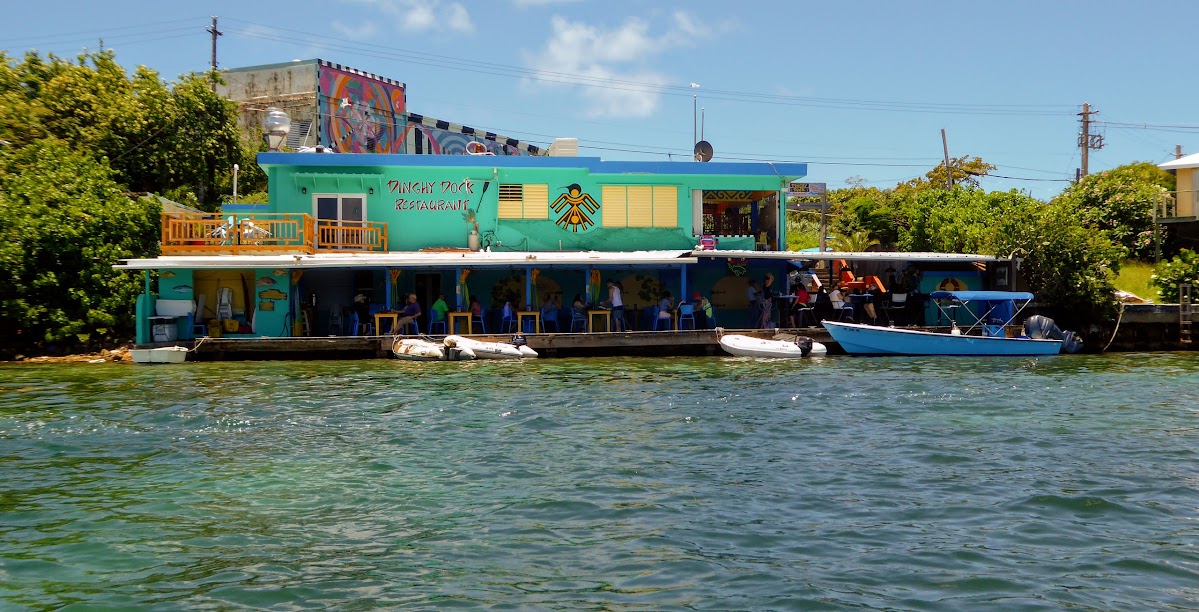 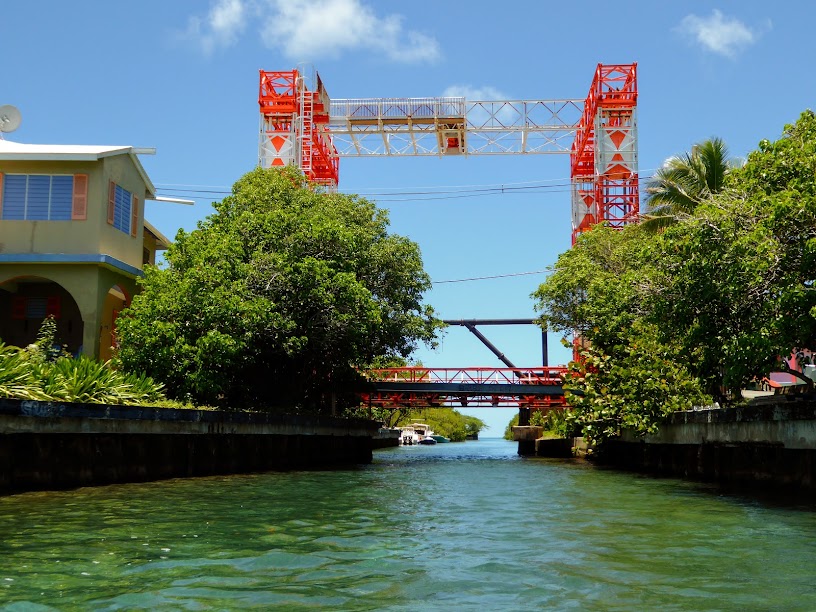 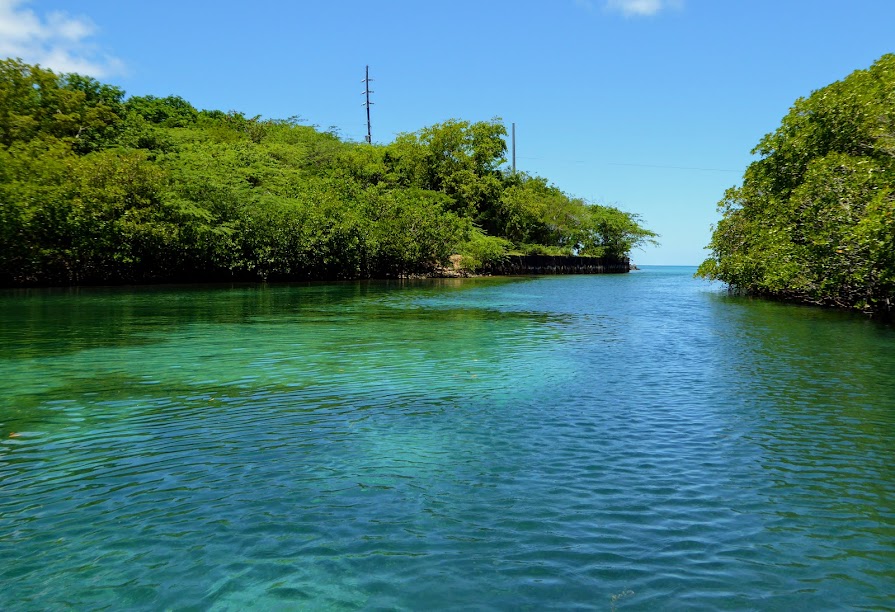 Once on the other side, a huge, Rasta-like, metal, monkey-looking sculpture welcomed us to a beautiful, blue water bay. Unfortunately, the winds weren’t favorable for anchoring here. 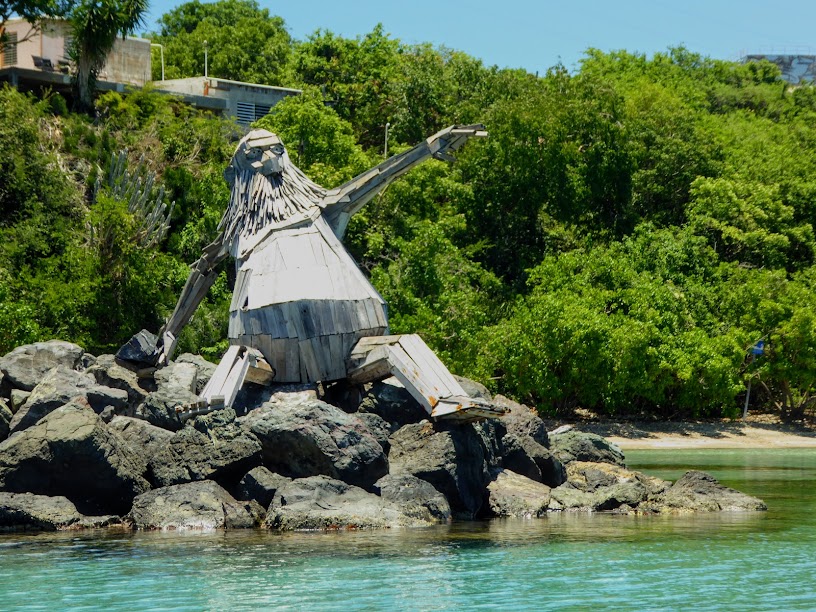 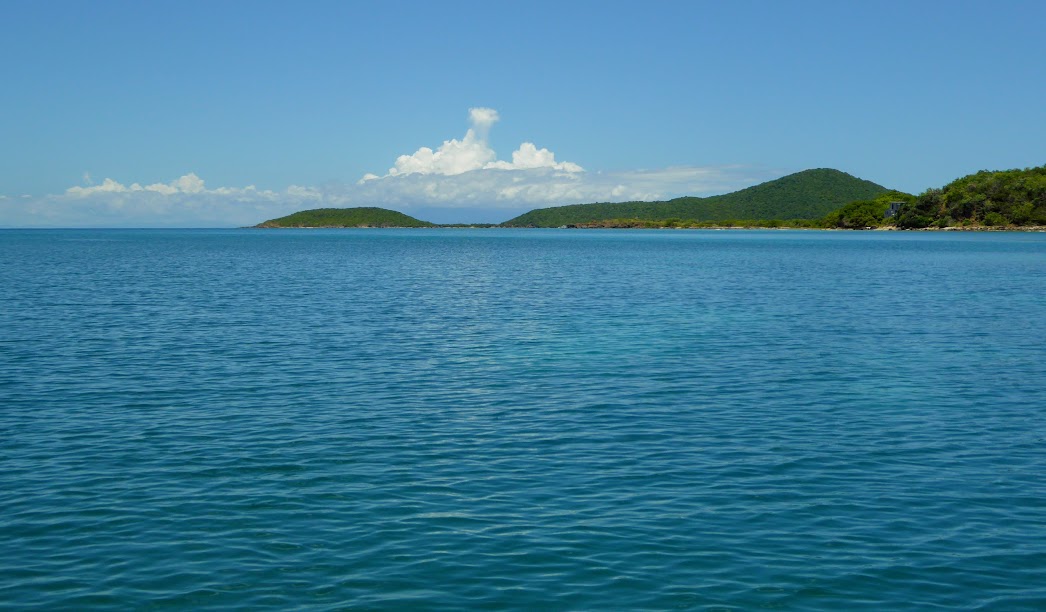 We came back through the canal, tied the dinghy at the town pier, and walked through town, which didn’t take long. Feeling hungry and parched, the Dinghy Dock called to us. While we had lunch, a school of huge tarpon waited in the water just off the restaurant’s pier for handouts. 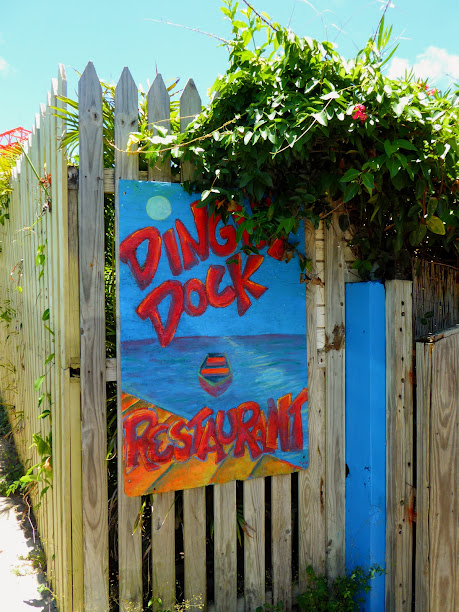 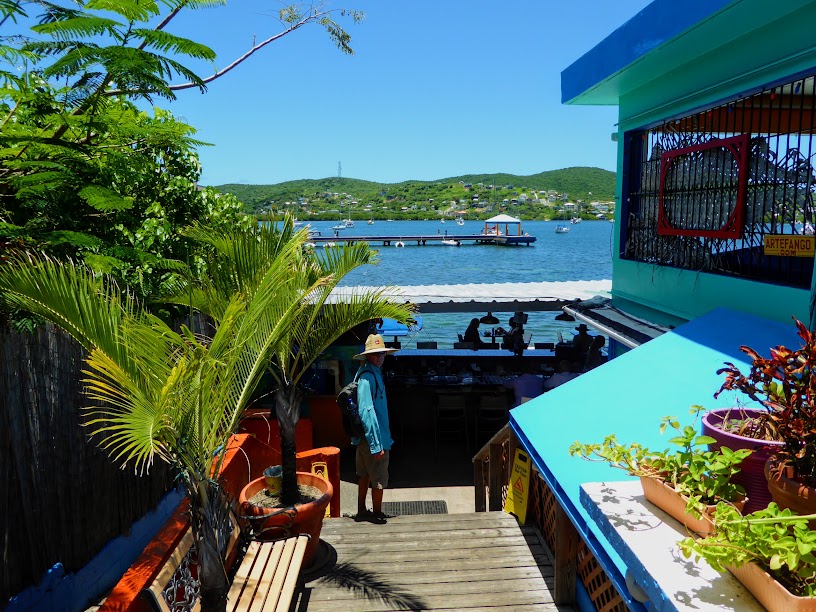 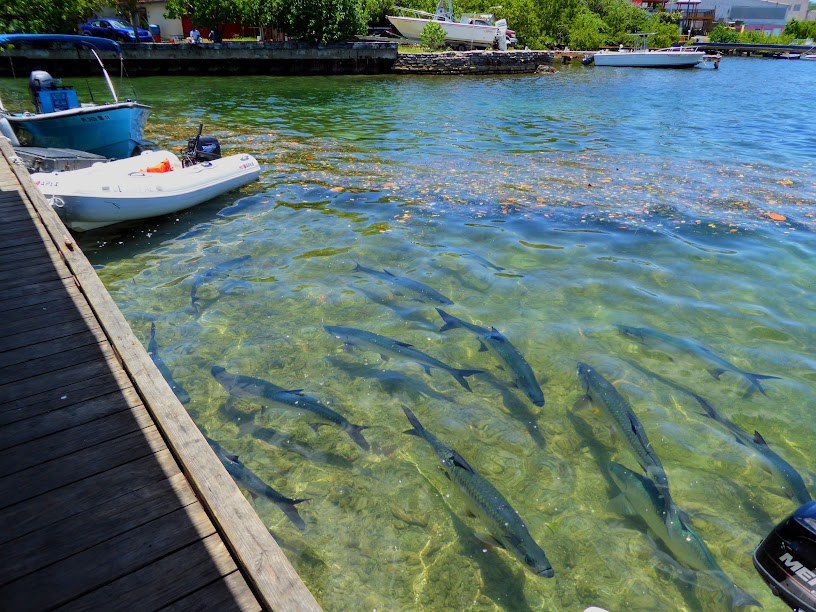 Having conquered town, we made our way back to the anchorage. That evening, when Scott dropped the fish light in the water, it seemed the tarpon had followed us home. They were much larger than Howard was used to, and made quite a racket when jumping for smaller fish attracted to the light; scared Howard and me both…yeesh. 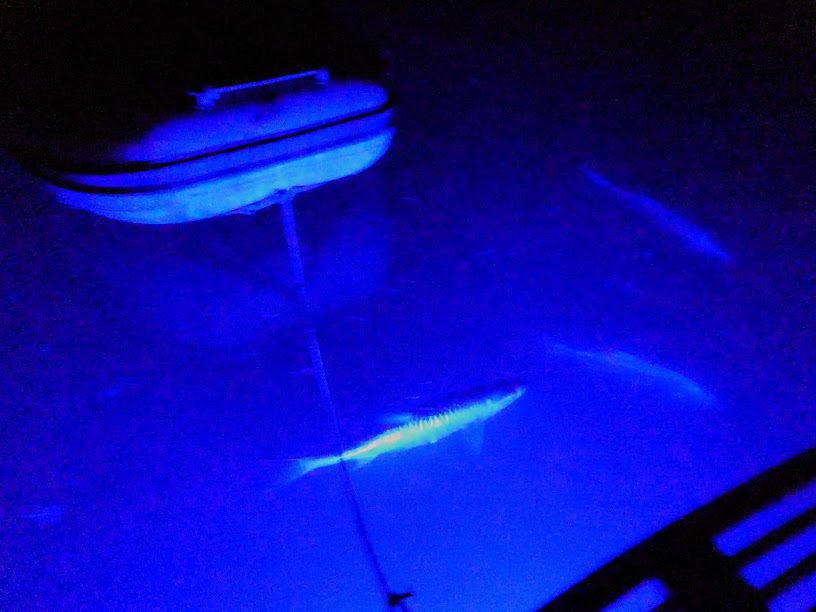 The next morning, we would continue on to St. Thomas. Here are a few more photos.