As we turned away from the coast of Montserrat, the tiny island of Redonda came into view. At just over one mile long, and almost 1000 feet at it peak,  Redonda has a very interesting history. 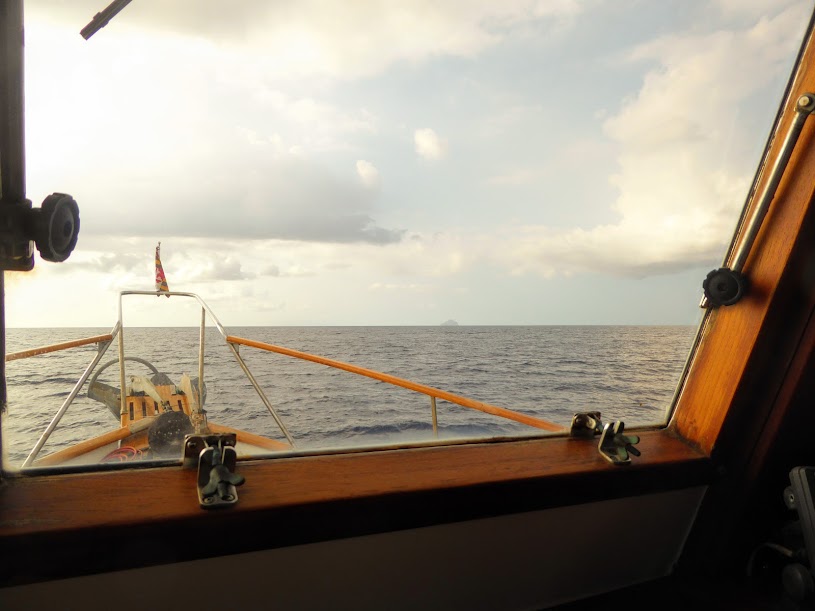 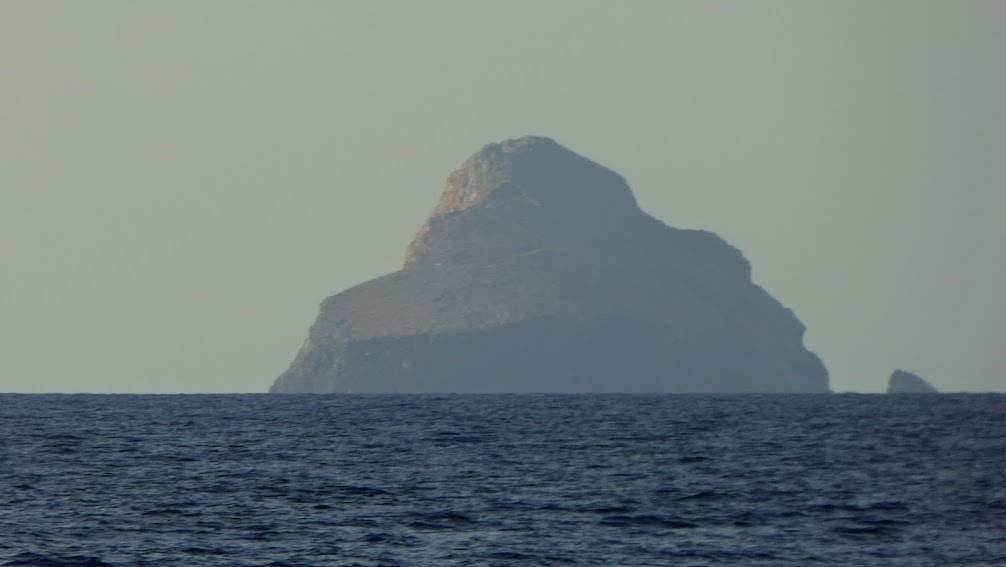 Redonda is the all that remains of an extinct volcanic cone. It offers no protected or “proper” anchorage, and landing on the island is a challenging, to say the least; possible only on the leeward coast, when the seas are flat-calm.  Most of the island is extremely steep and rocky, with only a small, sloping area of grass at its summit; climbing is difficult at best, and can be dangerous. 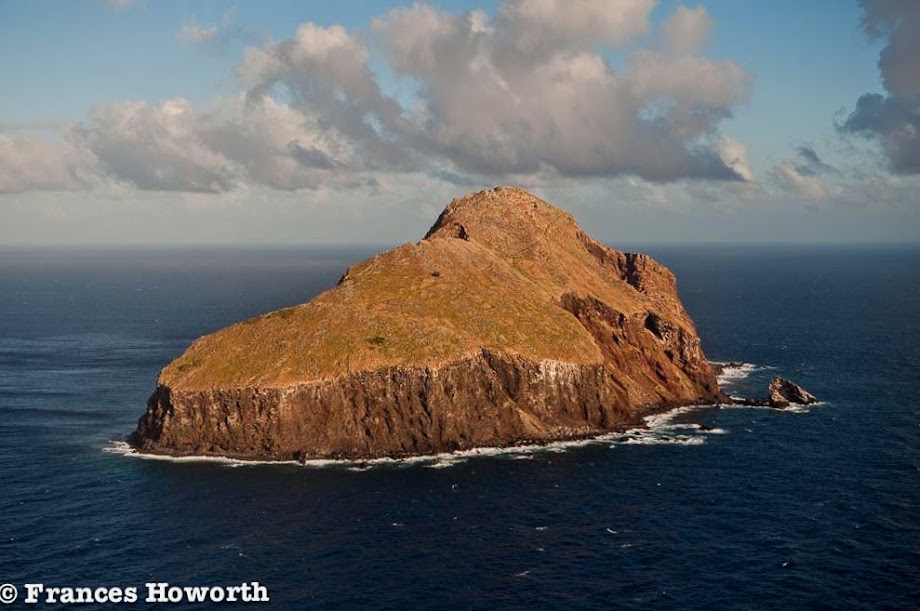 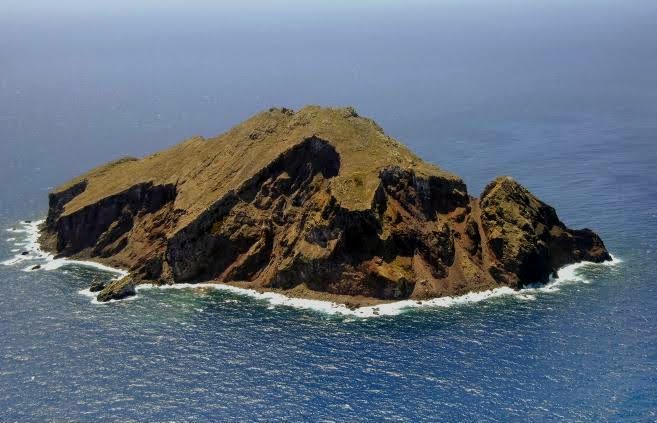 The island is teeming with bird life, but has no source of freshwater other than rain.  All that guano (bird poop), rich in phosphorous material, led to the production of phosphates on Redonda in 1865. 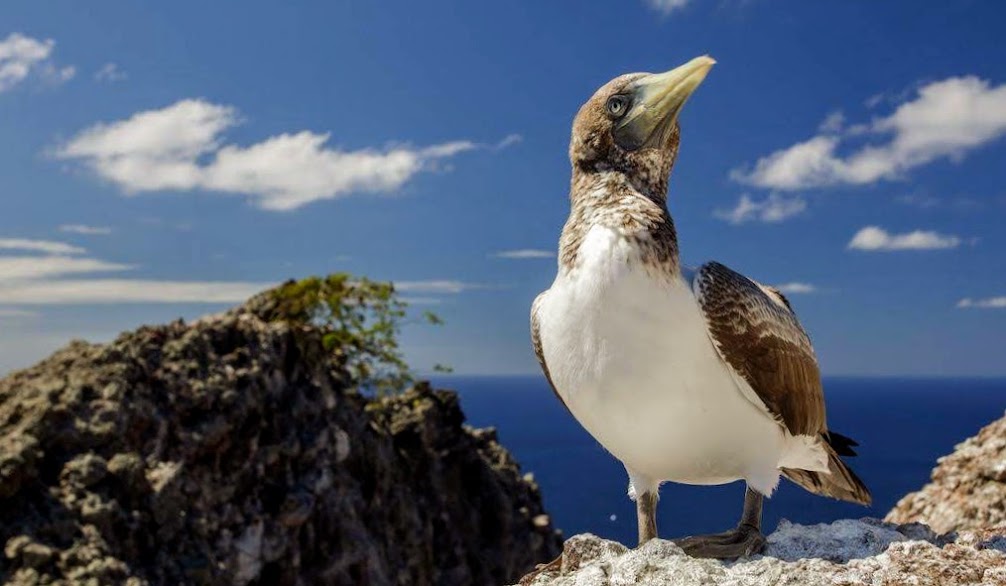 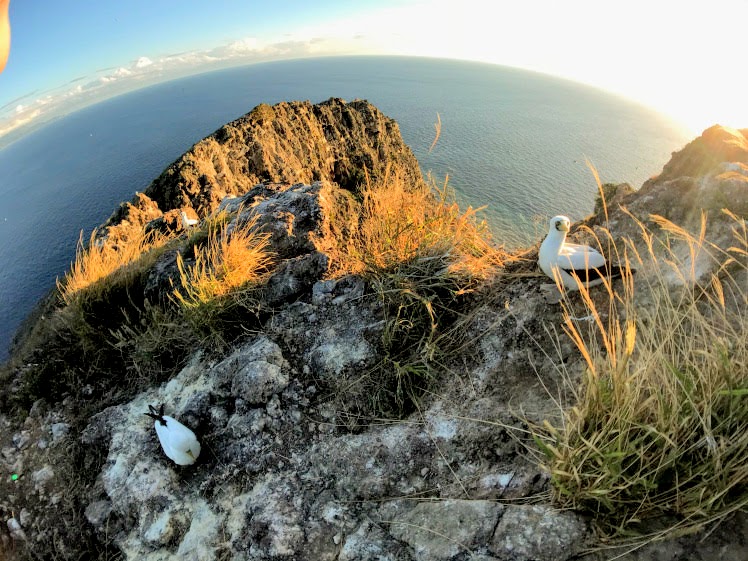 In 1872, the British decided that they’d better claim the island before America did, and annexed the island as a part of Antigua. Phosphate production grew, and 100 people worked on the island, which at the time had a wharf, and houses for the miners. By 1914, phosphate production had stopped, and the mining lease was given up in 1930.

Now for the quirky and amusing part of the island’s history…The Kingdom of Redonda. There is much written about this, so I tried to condense it into the most interesting bits:

Generally, the story goes that Matthew Dowdy Shiell, an Irish-Montserrat merchant, had a long-awaited son, after five daughters. Obviously, he wanted a kingdom for his son, and since no one had claimed nearby Redonda, he did. In 1880, when Sheill’s son, M.P., was 15, they took a day trip over to the island with the Bishop of Antigua and other friends, and Shiell had the bishop crown his son “King Filipe I of Redonda. “They all had a good time, and consumed much alcohol.”

M.P. moved to England and became a science fiction writer. He took his kingship and ran with it, spreading the word about Redonda in pamphlets that many took as one of his works of fiction. His writings may have damaged the legitimacy of the island, but nonetheless, Redonda’s notoriety spread. Before his death in 1947, M.P. (King Filipe) determined that rather than the Kingship being hereditary, it must be passed through a literary lineage, i.e., to another published author. When M.P. died, he left the island and title of king to a man named John Gawsworth, who changed the history of the island forever.

Due to series of bankruptcies, Gawsworth was known to sell the title of king multiple times. This fattened his pocketbook, and Gawsworth appointed multiple monarchs. As a result, the succession became somewhat confused.

Of the various “pretenders” to the throne of today, one of the most important is self-proclaimed King Robert the Bald, crowned in 1998. 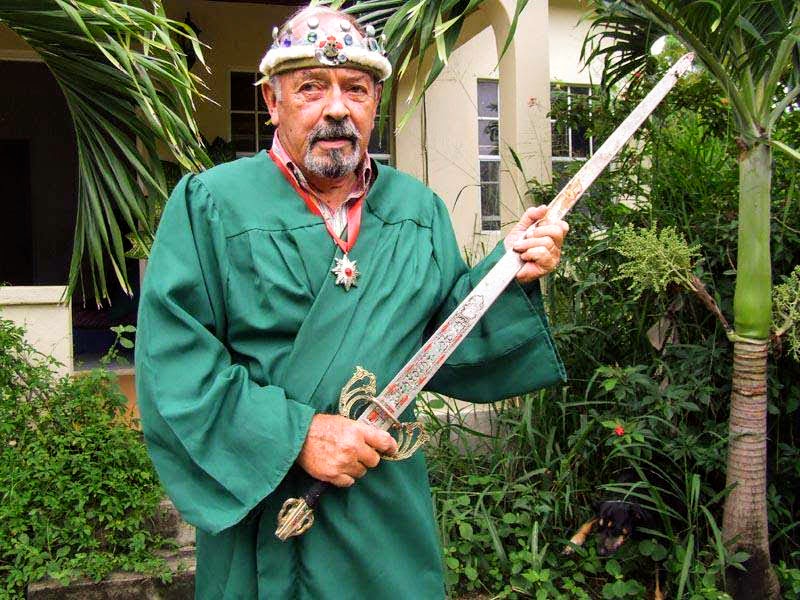 King Robert the Bald (a 64 year old Canadian novelist) lived in Antigua, and visited the island by yacht, declaring himself ruler in front of a group of 61 people who’d accompanied him. He also took the liberty of knighting approximately 100 people during his reign, including various bartenders of his favorite pubs and such.

The most recent claim to the throne of Redonda is Michael Howorth, a travel writer who assures the realm that he inherited the kingdom from King Robert, upon the Royal deathbed. Howorth, a British yachting writer, was crowned King on Dec. 11, 2009, in a ceremony at Fort Charlotte, Antigua. 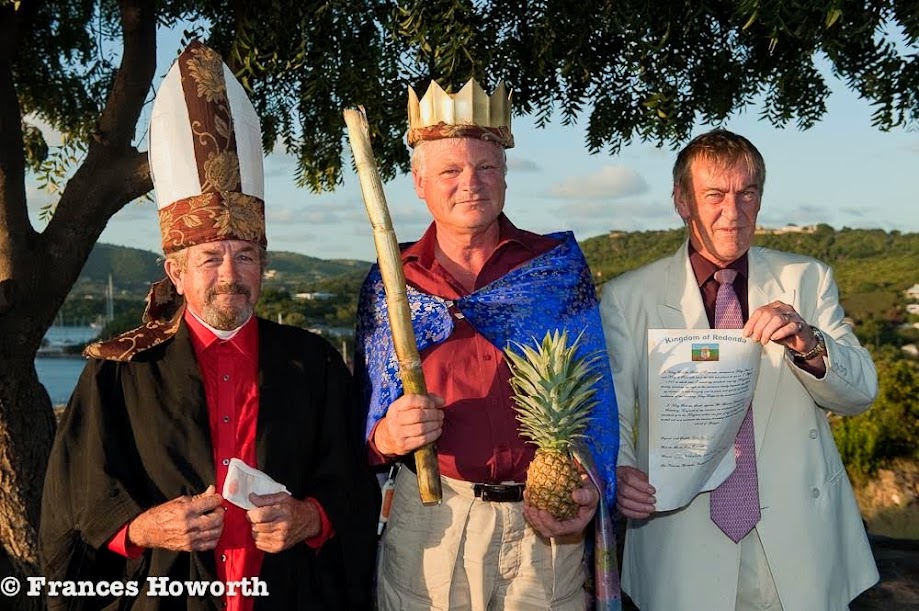 Howorth was required to visit Redonda and raise the kingdom’s flag, so he flew by helicopter, and adopted the title, King Michael the Grey. 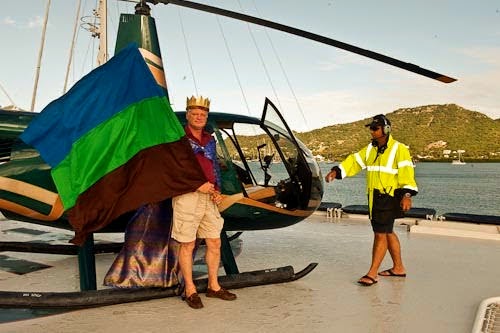 In 2007, Bob Beach declared his English pub an Embassy of Redonda, in an effort to gain diplomatic immunity from the public smoking ban. According to the British Foreign Office, “the “kingdom” is not entitled to have an embassy wherever it pleases”. The pub was refused its status by the British government, but it is said that the pub’s owner was later given knighthood by the latest king of Redonda. 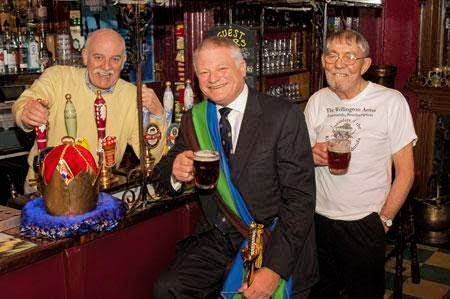 The Kingdom of Redonda has several websites, each warning readers to beware of impostor kings. The virtual kingdom, with nine or more people claiming to be king of the island, has multiple flags, emblems and anthems. 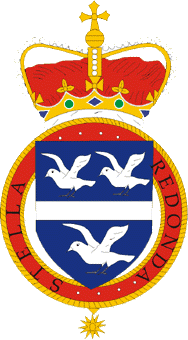 “The legend is, and should remain, a pleasing and eccentric fairly tale; a piece of literary mythology to be taken with salt, romantic sighs, appropriate perplexity, some amusement, but without great seriousness. It is, after all, a fantasy.”  Jon Wynne-Tyson 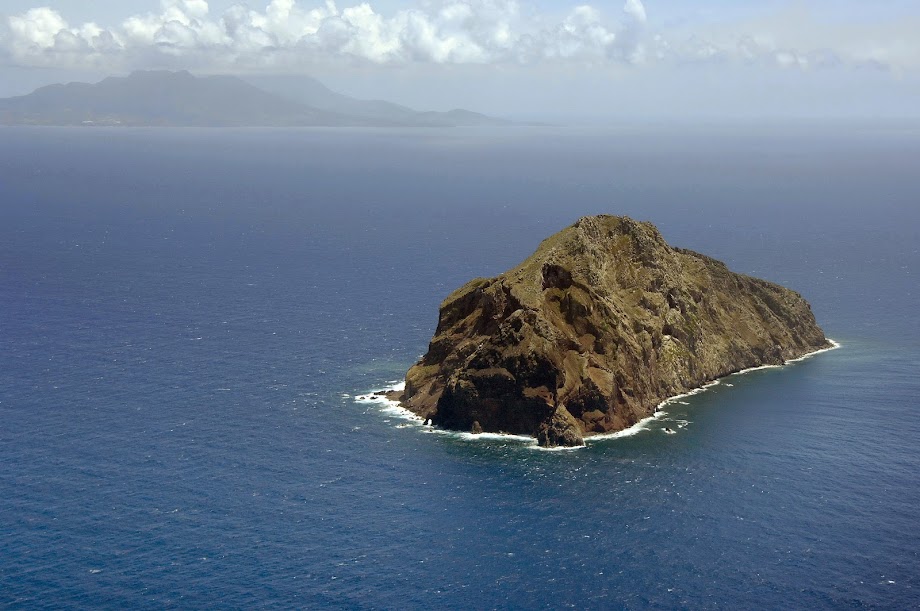 You can’t make this stuff up….now on to Anguilla.