Many people have reached out to us over the last week, inquiring whether we’re safe, and out of Irma’s path…we are well clear of her!

I have mentioned in several previous posts that we’d planned to head for the Eastern Caribbean, and make our way to Grenada for hurricane season. We arrived in Puerto Rico in late April, made our way south from St. Thomas in June and arrived in Grenada in early July. Sea Life is currently tied to a mooring ball in Prickly Bay, on the island’s south coast (just below the airplane at photo below). 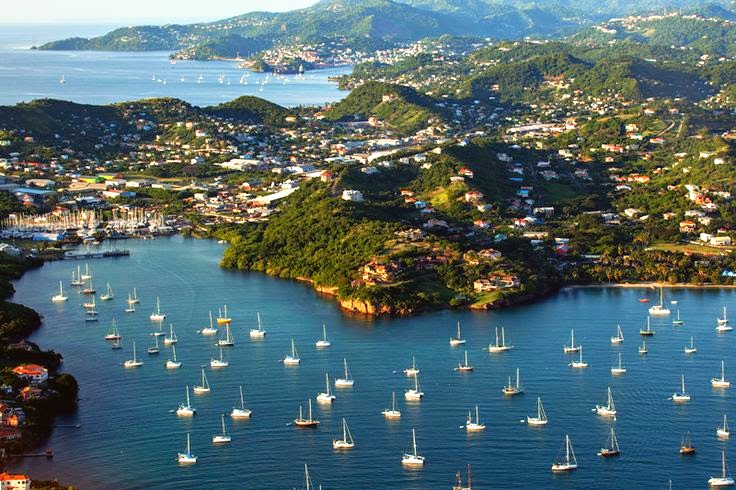 Thankfully, we were well south of Irma’s path, and only had to deal with several days of large swell in the bay.

It seems there has been confusion as to whether or not we were in Puerto Rico, due to my latest post. Others just seemed to be asking in general, not knowing exactly where we are.

If you’ve met my husband, you’d know that there is no….way, in this lifetime or any other, that he’d have us in the upper Eastern Caribbean during this time of year. Not only would he be unable to sleep at night, I don’t think he’d be able to breath.

Scott has the utmost respect for weather. He cut his teeth on the waves, tides, currents, storms and surge, living on Shallow Creek, just off the Chesapeake Bay. Many weather classes were followed by a graduate degree in Western Caribbean cruising, earned over the last two years (holy cow…two years!).  The take-away??…Mother Nature rules, and we don’t mess with that.

We’re not sure why cruisers choose to be in these places at this risky time of year. I guess they get complacent, after years with no major storm hit. As we prepared to leave St. Thomas and head farther south, Scott met a couple who stay at anchor off of the island year round, claiming it has several good hurricane holes. Scott’s take? A hurricane hole is a hurricane hole….until is isn’t; Irma, case in point. Here’s a link that lists the extent of destruction to the islands affected by this massive storm.

There were days of warnings for this huge, catastrophic storm, with little to no doubt of it’s path and impact on the upper islands. Several boats arrived here in Grenada over the last week from places north,  and we were shocked not to see many, many more.

Aside from Trinidad and Tobago, Grenada is at the bottom of the Eastern Caribbean chain, and relatively safe from a major storm hit…relatively.

Our insurance covers us here, but I can tell you that if something even close to Irma’s strength heads our way, Scott will run us south, to escape the possibility of endangering Sea Life and her crew.

We are definitely missing Panama, where we spent last hurricane season. Being much farther south, and out of hurricane paths, we hardly checked weather. This year, although we are pretty well south, there is still a very real concern for storms, and we’ve had to keep on our toes.

Ok…all that said, here’s how to ALWAYS know where our CURRENT location is. I’ve mentioned this many times before, usually as we’re heading off on a passage, but it holds true all the time, whether we’re underway or at anchor:

First, go to the Where Are We Now Page of the blog. Click on “Where Are We Now,” at the bottom of the text, and you are taken to the site for our Delorme In Reach Satellite Tracker (now a part of Garmin).

I apologize for the spider web of lines and dots. Scott is a little Delorme-happy, taking the tracker along on hikes, bus rides and tours, as well as various water excursions. You can zoom out, giving yourself a broader view of Grenada. Once you’re far enough out to locate the words “Lanse aux Epines”, at the bottom of the island, begin to zoom in. The blue dot above the pi, in Epines is where Sea Life is moored. Continue to zoom in, and you’ll see our location in Prickly Bay.

Clicking on each dot opens a small window. Click on “more” in that window, and you’ll get info. like date, speed, elevation, etc.  Continue to zoom way out, and you’ll see our path over the last two years (again..two years!).

I hope this helps you keep track of our every move, so to speak. We are thankful for all of your messages and emails, and are grateful to have so many out there concerned for our safety; Sea Life is secure! 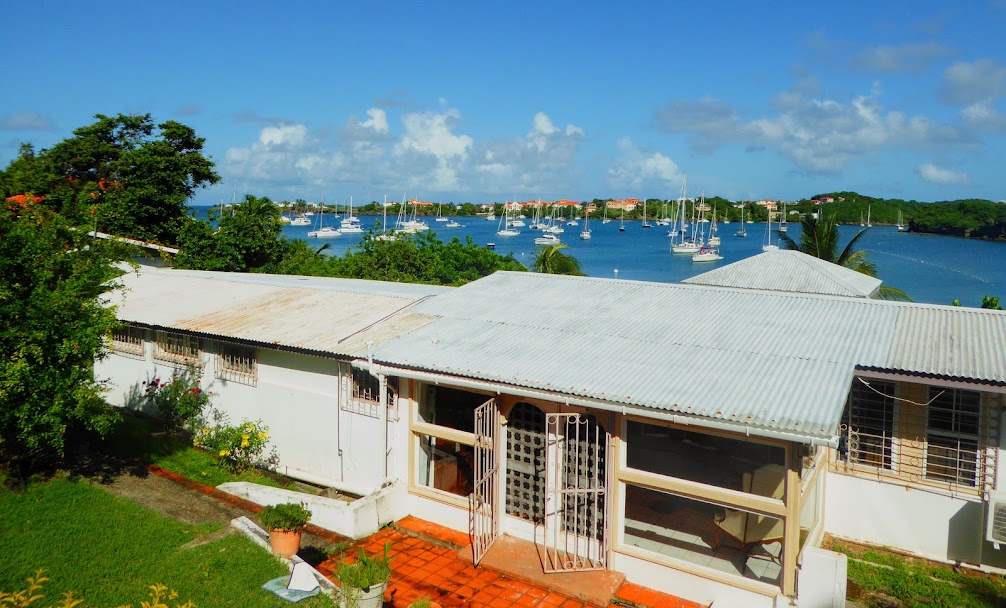 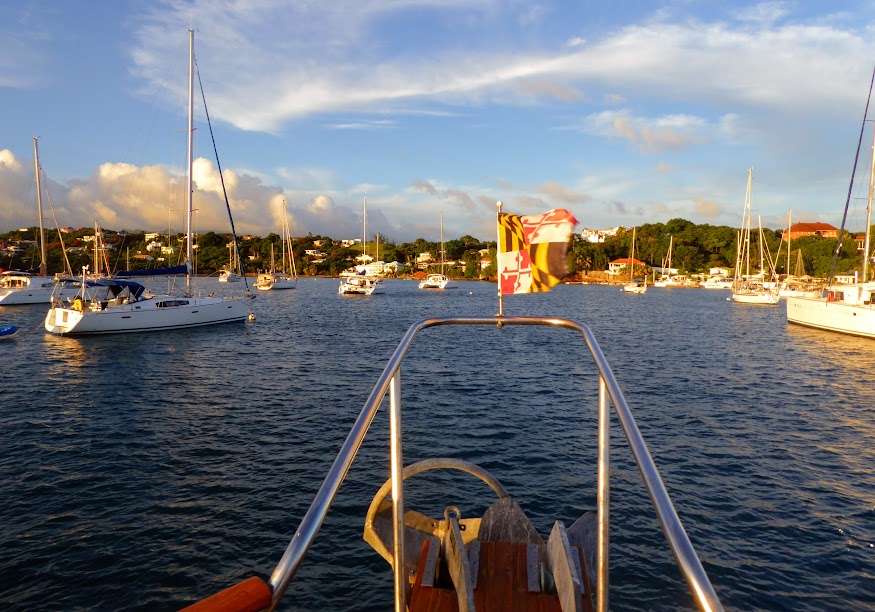