Our month in Cartagena flew by, and we were preparing to head for the Eastern Caribbean. There is no good way to travel east. The trade winds run from east to west, which means traveling into the wind. A head sea is no one’s favorite direction, whether you’re sailing, or motoring.

Getting out of Cartagena, or should I say away from Colombia, is especially challenging. There is an almost constant low pressure down here, which causes the wind to howl, especially at night. Sustained thirty knot winds are a regular occurrence; not good when you prefer a threshold of fifteen.

The most obvious route is to travel off the coast of Colombia, round a “bump-out” of land near the Venezuelan border, and head for the ABC islands (Aruba, Bonaire and Curacao). Winds are most vicious off of the bump-out, and we’re leery to travel anywhere near Venezuela. Six days of a full-on head sea is also a negative.

So after much consideration, we’ve decided to do more of a “tight reach,” to use a sailing term, or head in a diagonal direction up to Puerto Rico. This plan keeps us from traveling in a full-on head sea the entire way, and fingers crossed, gives us a better ride.

After watching and waiting for good weather, winds are predicted to calm over the next few days, giving us the best conditions we’re going to get for the next 14 – 21 days. Our plan is to follow the coast for a bit, to stay out of a current, before turning toward Puerto Rico.

This will by no means be a calm trip, even though the winds are down. Our first and last 24 hours are expected to be  uncomfortable, but we’re hoping that the middle will be better.

The run to Puerto Rico will be our longest to date, and should take six days; I hope we’re all up for this. We have several friends who are currently crossing the Pacific, so it could be worse for me (and Howard).

Even though this passage is going to be a bear, we are so glad to have spent time in Cartagena. The city is beautiful and vibrant, with much to see and do. Safety was never a concern for us, and we walked everywhere with ease. The entire area was incredibly clean for a large city (aside from the treacherous sidewalks!), and everyone we encountered was friendly and helpful. As usual, we’d have liked more time here, but hurricane season is coming, and we have to be in Grenada by the first of July, so Puerto Rico here we come! 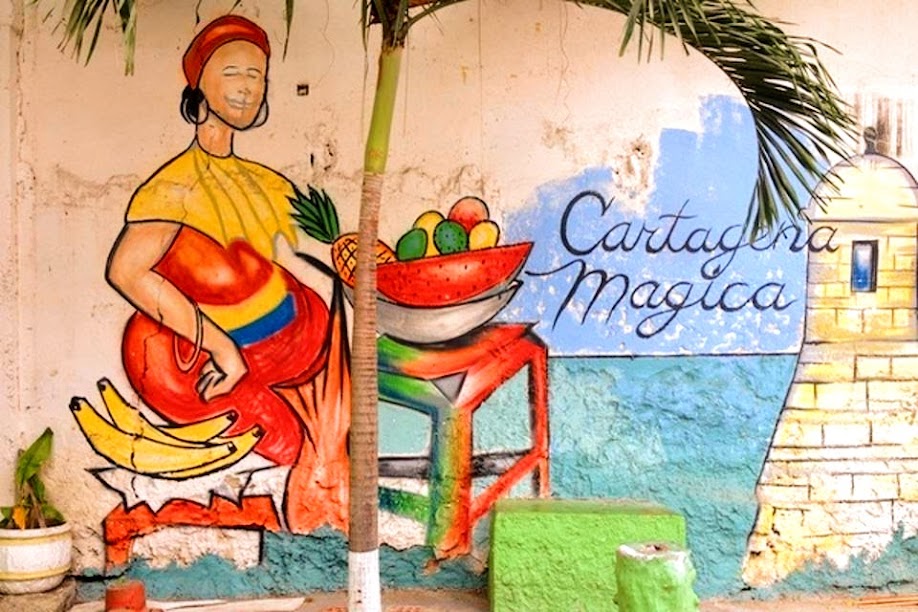 3 thoughts on “Eastern Caribbean…Here We Come!”