However, in Bocas del Toro, it rains consistently nearly every month, except for September and October. Fortunately, the wet stuff usually comes overnight or in the early am, giving way to the brutal, hot sun. November is a different animal altogether; a rainy season unto itself.

At last check, when we left Red Frog after Thanksgiving, the monthly rain total was over seventeen inches for the month! The rain during November was often biblical. Heavy, driving rain would pour straight down for hours, and the sound was unnerving. Roads flooded almost instantly, and any grass-like surface turned to muck.

Visibility disappears in an instant, and the water turns to mud. For example, now you see it:

This nasty brown line floated our way during a recent deluge: 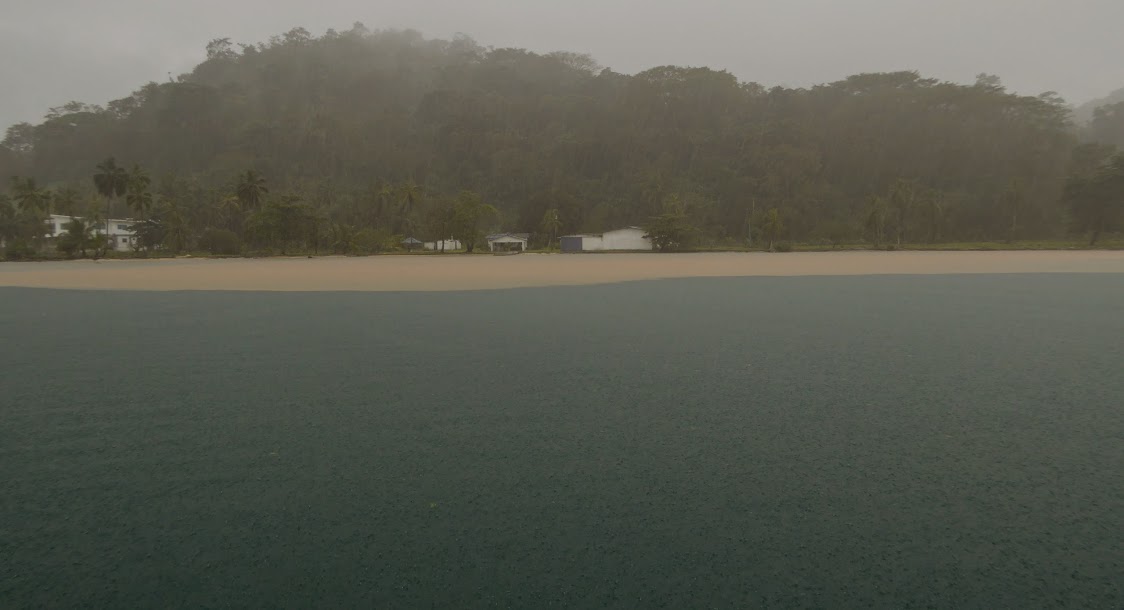 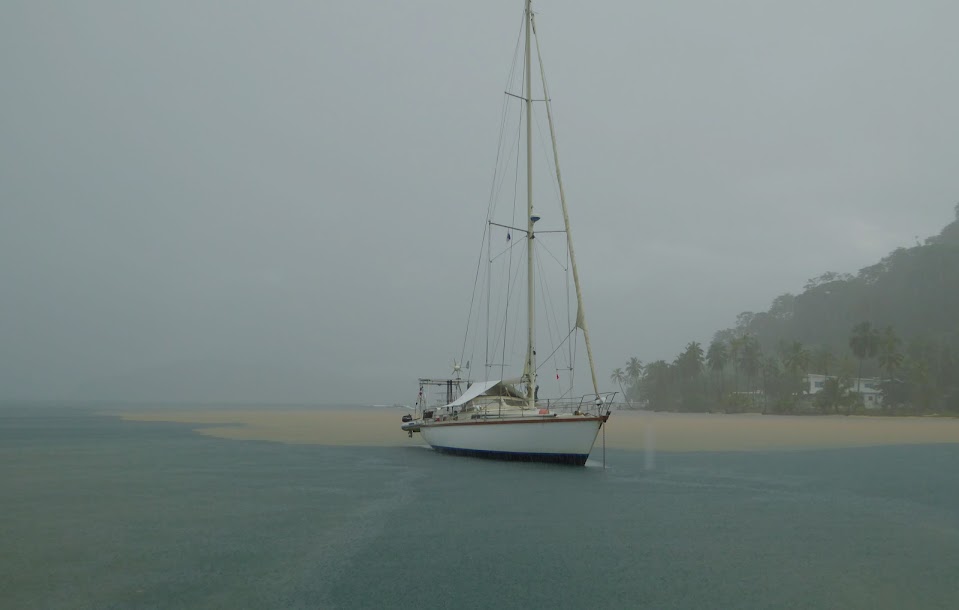 Scott installed a new weather station in November, after our old one gave up the goat. The new one has many more bells and whistles, and greatly appeals to Scott’s inner weather geek. For example, note how it describes a November deluge, using the most weather specific terms (bottom right corner): 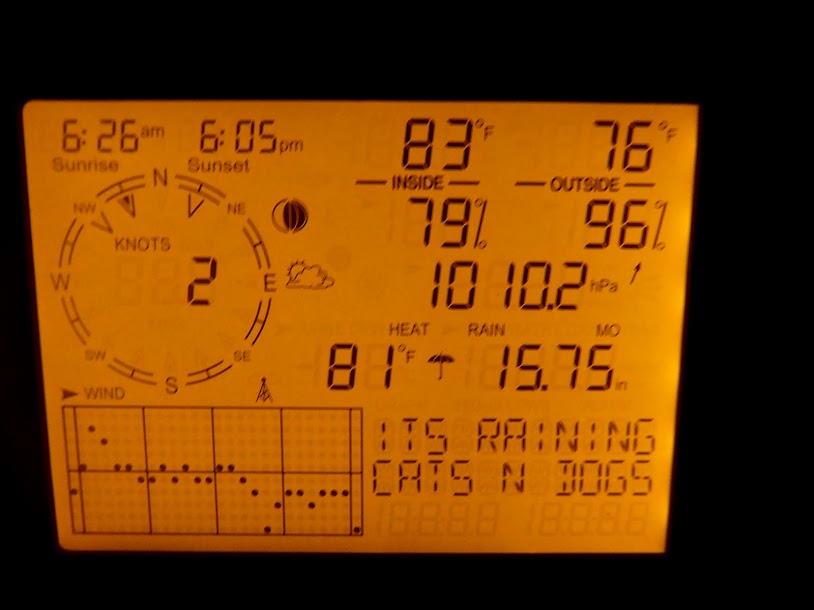 To be fair, it definitely was raining cats and dogs, so kudos weather station!

This crazy rain has extended into December, and in the first ten days of the month, we’d already received close to twelve inches! Recently, just in the morning hours alone we had 3.18 inches, and at one point, the rain rate listed on the weather station was 6.86 inches an hour….biblical I tell ya!

It’s definitely the wettest area we’ve ever been to, including any travel by land, car, air or boat before this cruising adventure. As you can imagine, the humidity matches the wetness, turning our decks and lines green, and making daily tasks a challenge. Thank goodness we spent the time plugged in, and able to keep the interior humidity in check with air conditioning.

On the bright side, everything here is beautifully lush and green. Trees and foliage grow thick and tall, and brightly colored plants and flowers spring up from the ground.

We were surprised not to see more fresh, local produce grown in the area, but suspect that too much of a good thing may hinder good veggie growth.

All in all, we’ve become accustomed to traveling with an umbrella at the ready (it’s far too warm and humid for rain jackets, as they become your own personal sauna, despite the best ventilation), and push on, despite the wetness. It beats a 45 degree rain that the northeast can get this time of year, so we try to embrace Panama’s “liquid sunshine”!

The rain here in Panama is insane. When we arrived, uring the “rainy” season, but November in particular really gave us a dousing. Heavy rain lasts for hours at a time, flooding streets, and turning grassy areas into muck.