We left Escudo de Veraguas and made an overnight, eighteen hour run to the small town of Portobelo. Scott took watch for the first few hours, and recorded the trip log reflecting 5000 nautical miles since we have owned the boat… a nice milestone!

I came on watch for the overnight hours, and then turned things over to Scott at dawn. As early morning rain fell, he noticed a rainbow that started on our port side, and came back down on the starboard. We were inside of it…pretty neat!

As usual, my attempt at sleep added up to about an hour. I gave up, and came back to the pilothouse in time to see the many boats on the horizon, anchored and waiting to transit the Panama Canal. 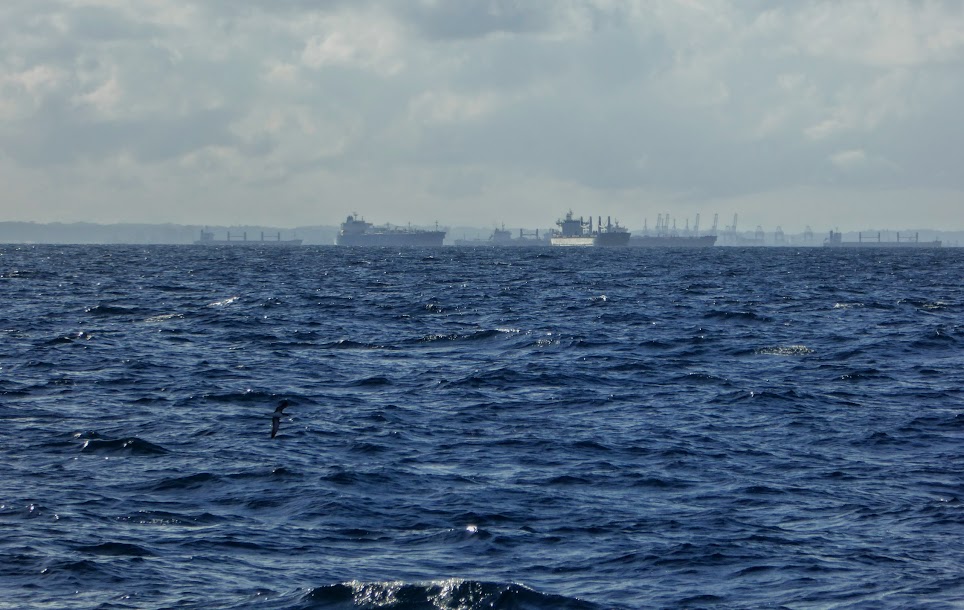 Soon after, we turned and made our way into Portobelo’s harbor. Legend has it that in 1502, Christopher Columbus originally named the port, “Puerto Bello,” which means “Beautiful Port,” and it definitely is that. The green, scenic hills contained many more open pastures than we saw in the Bocas area.

Portobelo was one of the world’s first important, strategic ports of the Caribbbean, and in the 1700’s, it was Spain’s major port in the Americas. Having a natural port made the town useful in transporting riches over to Europe, that were seized in the conquest of South America. Portobelo’s deep harbor was also a center for exporting silver, before the mid-eighteenth century.

We anchored in a quiet spot, near one of several forts that surround the harbor (more on them later). It was again nice to be anchored without noisy pangas running by us at all hours. 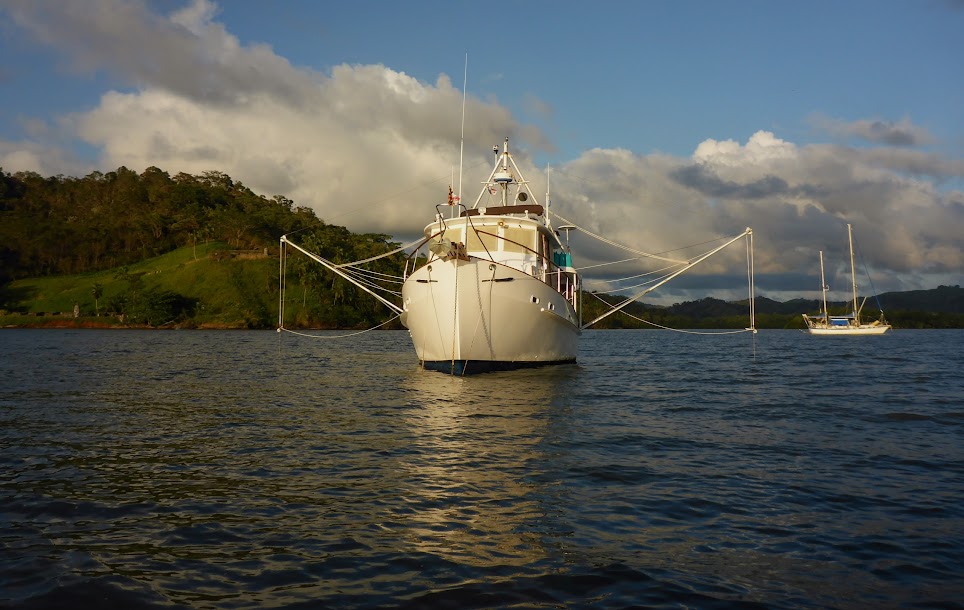 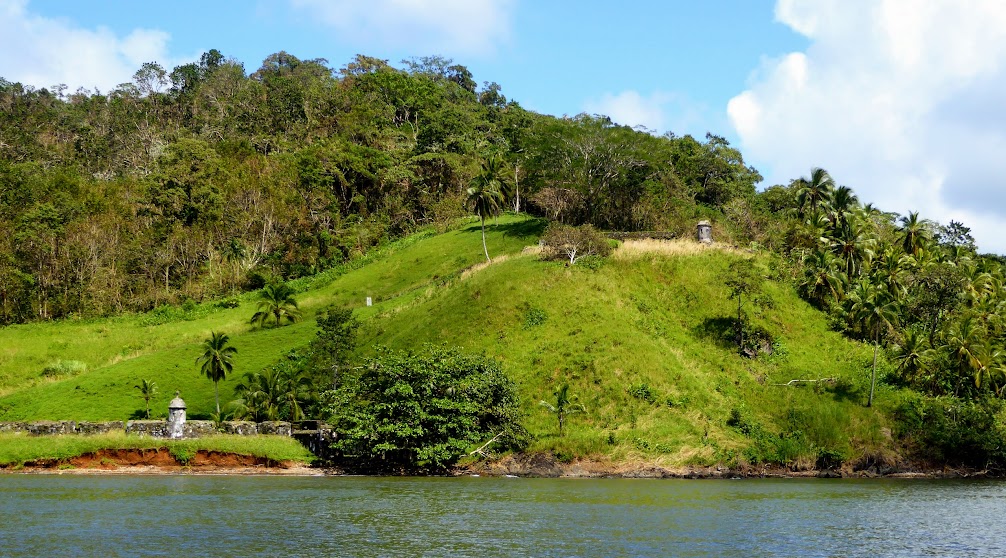 After setting anchor, we spent the rest of the day relaxing on board. We made our way into town the next morning, past a “victim” of Hurricane Otto. The storm sent eleven foot swells into the harbor as it passed by. In another area, we noticed a catamaran being raised up off of the bottom. 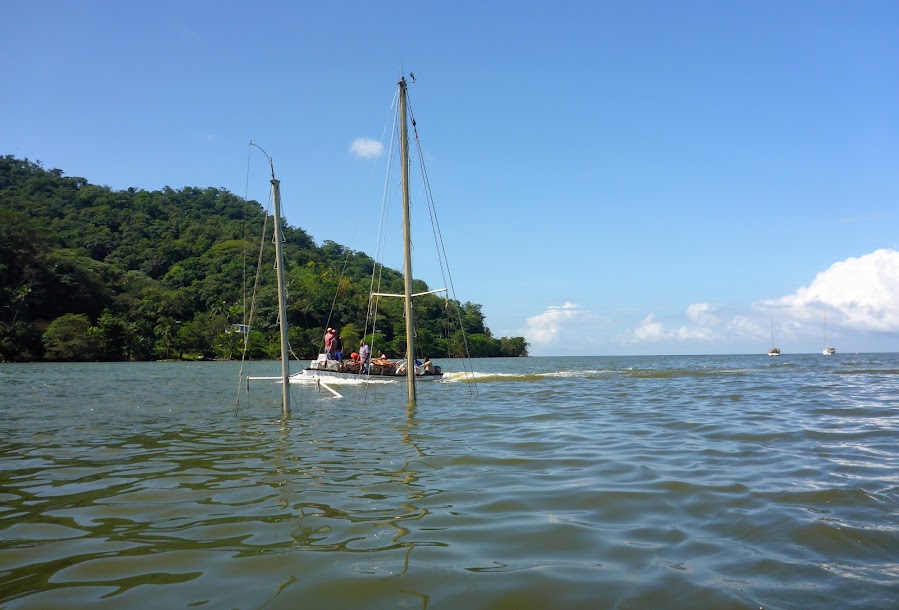 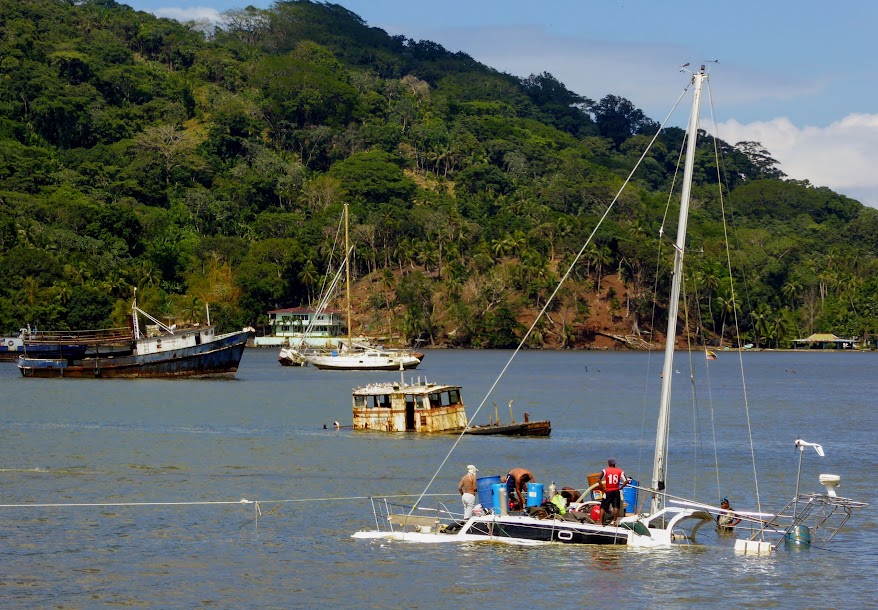 Portobelo is a quiet town, with three or four small grocery stores, two bakeries and some small eateries. We also noticed several street food vendors and a “veg” truck. 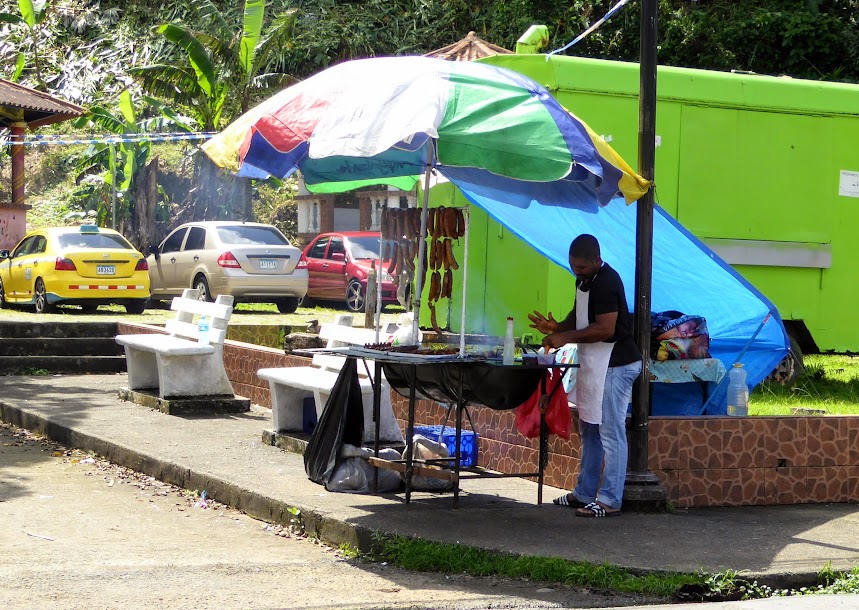 Scott was amused by the many “chicken” buses that travel the area. They offer affordable service to many small towns on the way to Colon, and also travel to Panama City. The buses are quite a sight, full of color and “bling,” and also seem to be personalized, with air-brush drawings of loved ones and such. 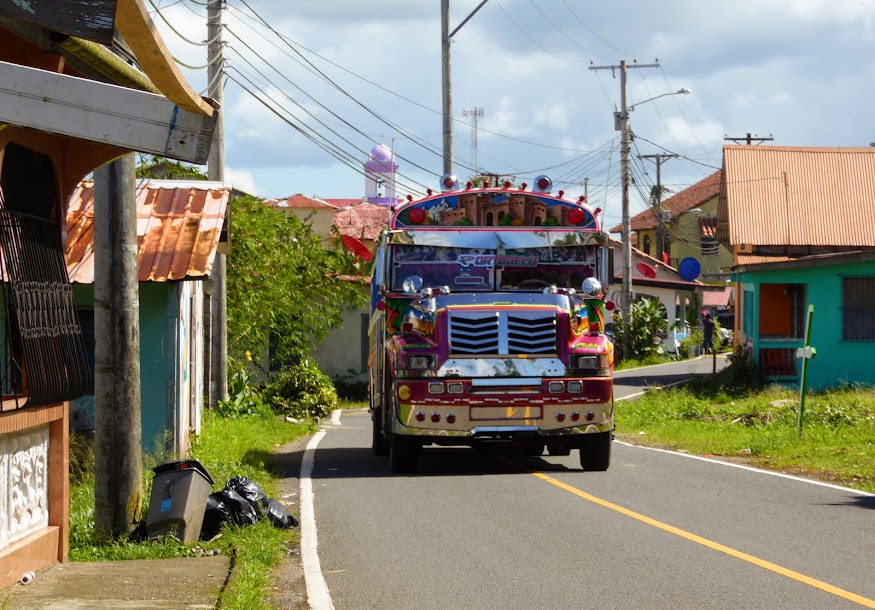 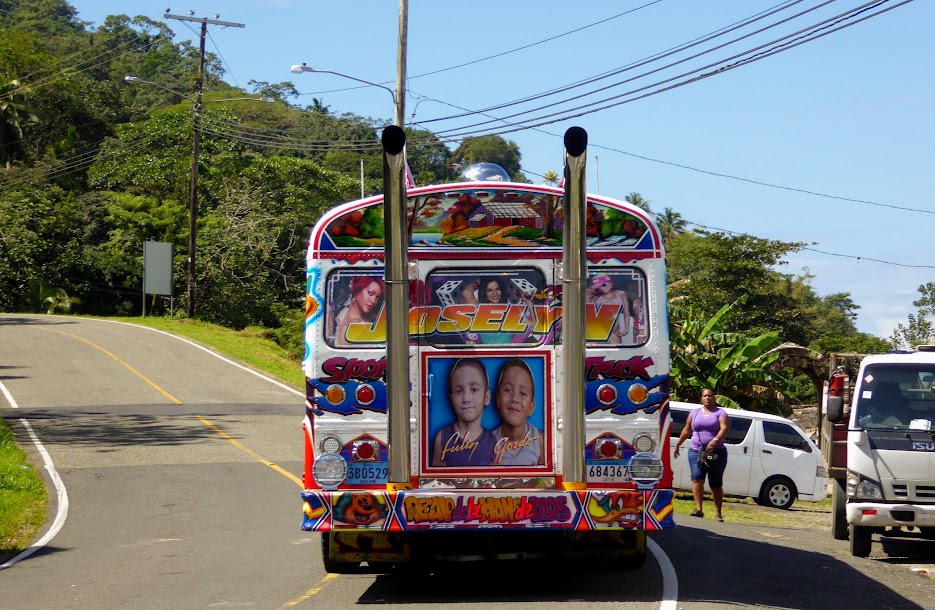 As we’ve seen in many of the towns in Central America, the buildings are full of color, and brightly painted murals adorn the buildings. 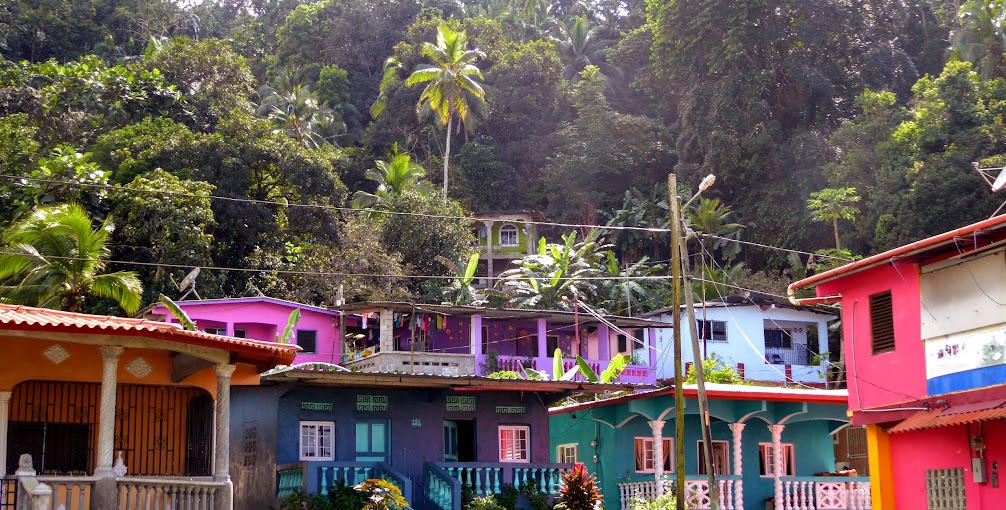 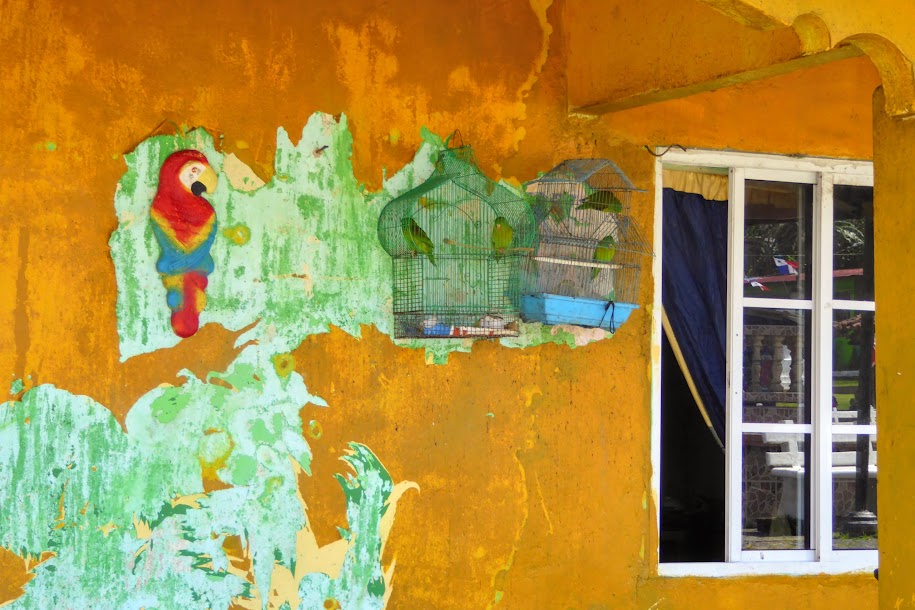 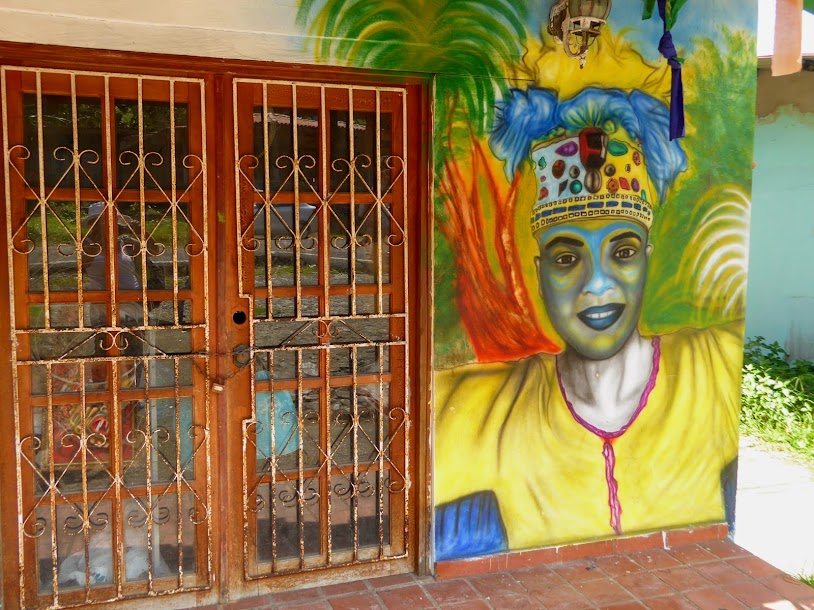 We made our way to Iglesia de San Felipe, the Roman Catholic church in town. It is more commonly known as Black Christ Church, housing a statue that has come to be worshiped by many Panamanians and others around the world. 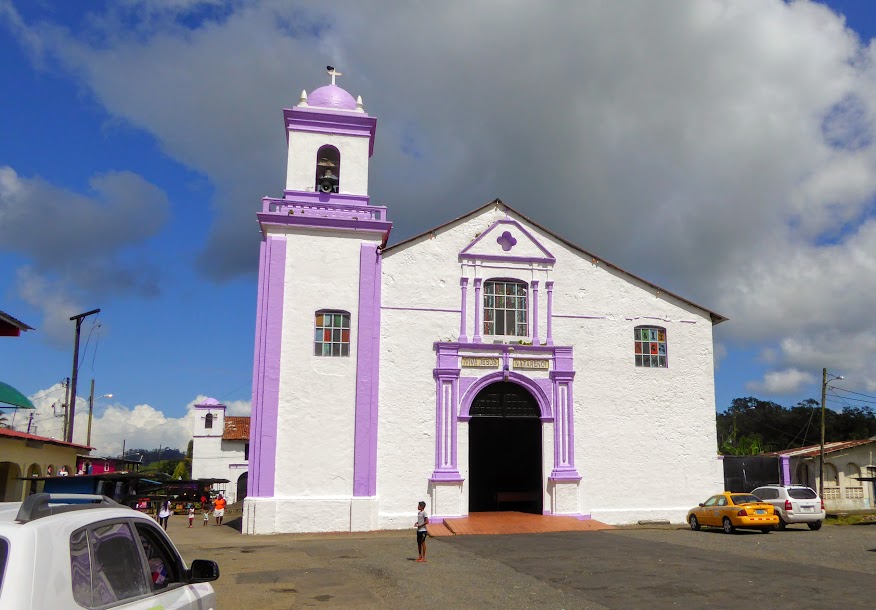 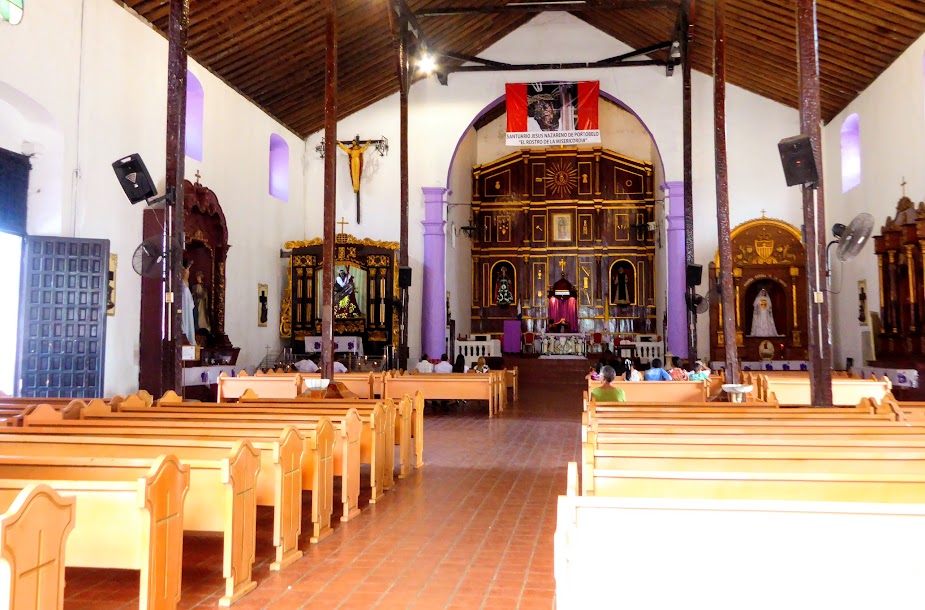 The statue, normally located near the alter, is brought out to the center of the church once a year, for the annual Festival of the Black Christ. 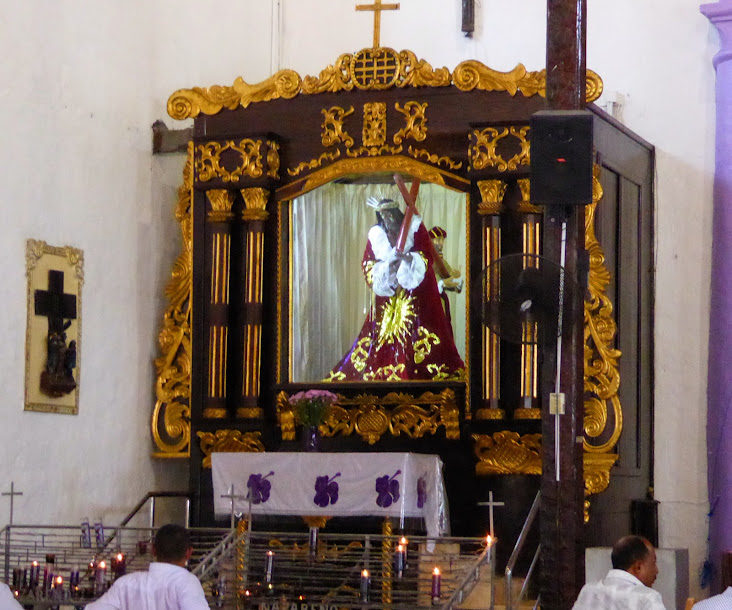 Tens of thousands gather in Portobelo for the event, walking from Panama City (53 miles), and crawling the last mile on their hands and knees! The Black Christ has been designated as the Patron Saint of Criminals, and many come to the church each year during the festival to ask forgiveness for their crimes.

There is much more interesting information about how it is believed the statue came to Portobelo, how it is displayed and cared for and details about the Festival  of the Black Christ here.

We’d read about Captain Jack’s Canopy Bar, and have been told by many that he and his staff go out of their way to help cruisers, so it seemed like a good place to have lunch. After circumnavigating the globe, Captain Jack (originally from New Jersey) settled here and opened the bar. He lives aboard his boat in the harbor, and make regular visits to the San Blas Islands from Portobelo.

After a short walk up a residential street, we found Captain Jack’s at the top of the hill. 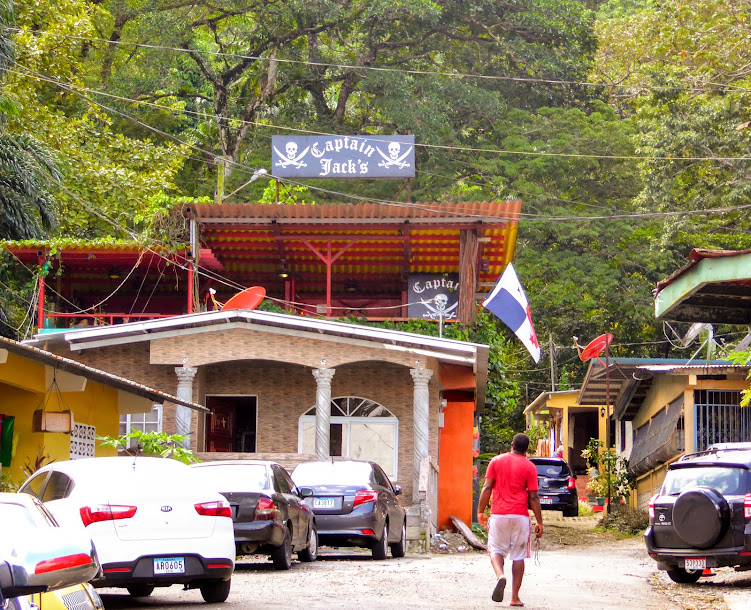 We climbed the stairs, and Jeff, the manager greeted us with cold towels; perfect timing, as I was soaked in sweat from the mid-day heat in town.

The upper level bar/restaurant provided a nice view back toward town and the harbor, and the kitchen turned out some terrific red curry! We lingered, enjoying the shaded tables and the breeze, talking to Jeff and gathering local information. 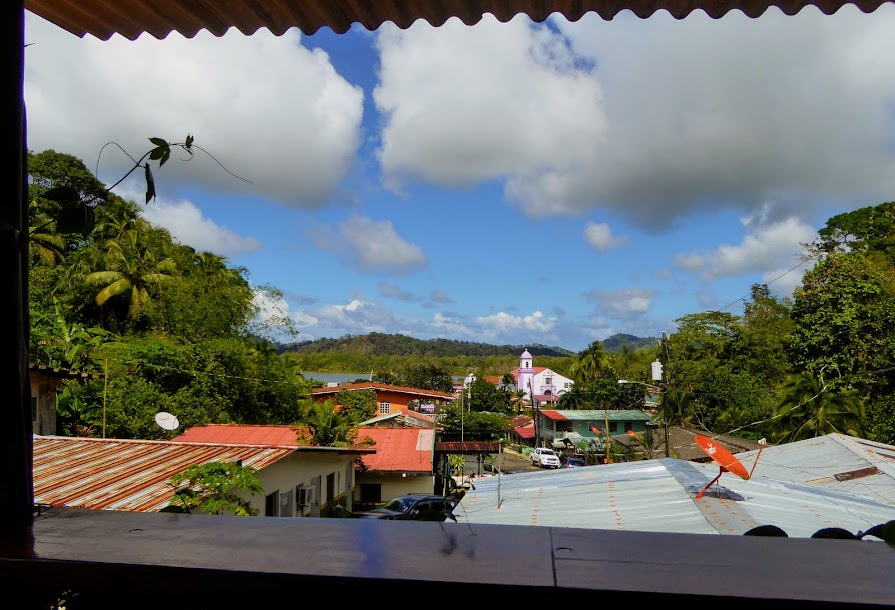 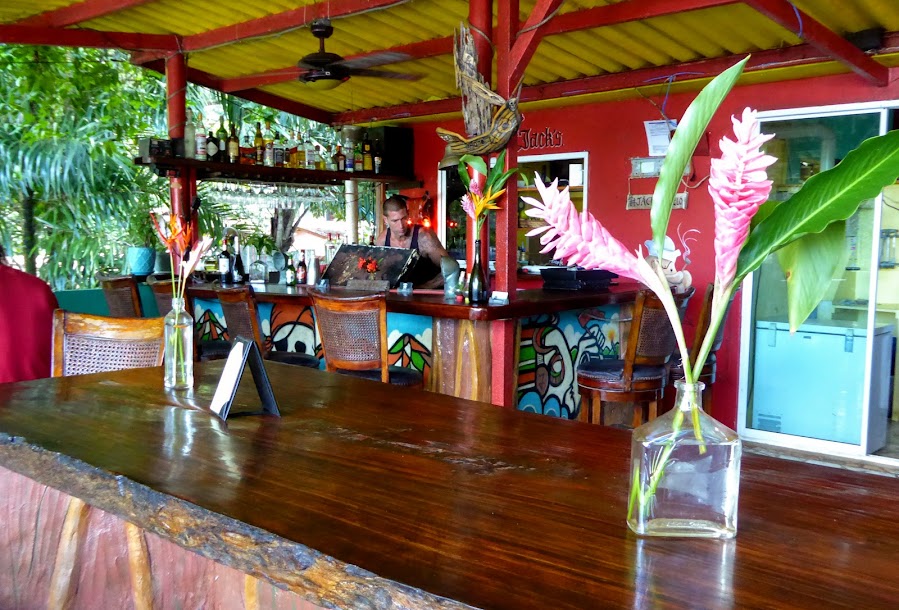 We’d left our dinghy tied in front of a small waterfront restaurant, and decided to have a beer there before heading back to the boat. Some German cruisers opened the business, and allow boaters to tie up dinghies at no charge. This can be hard to find, as many piers in these towns are either private, reserved for water taxi pangas or come with a local resident asking for a dollar or two.

We shared a table with some “locals,” one of which took an interest in Scott’s straw hat. 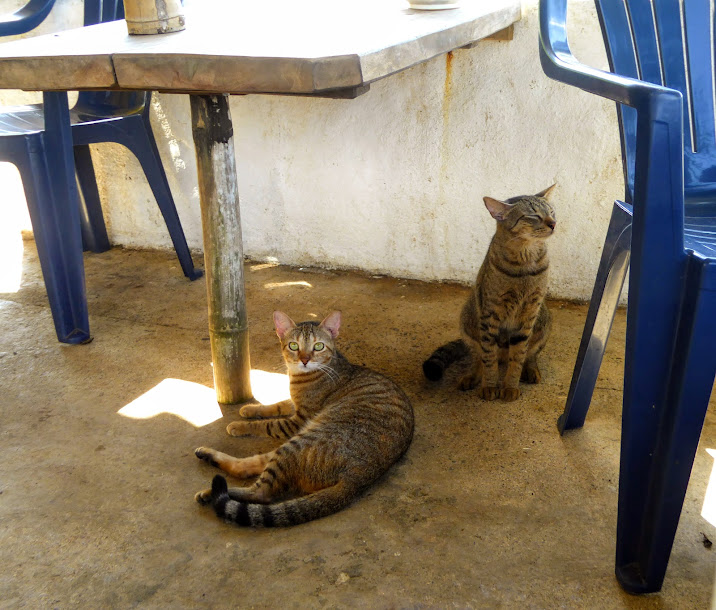 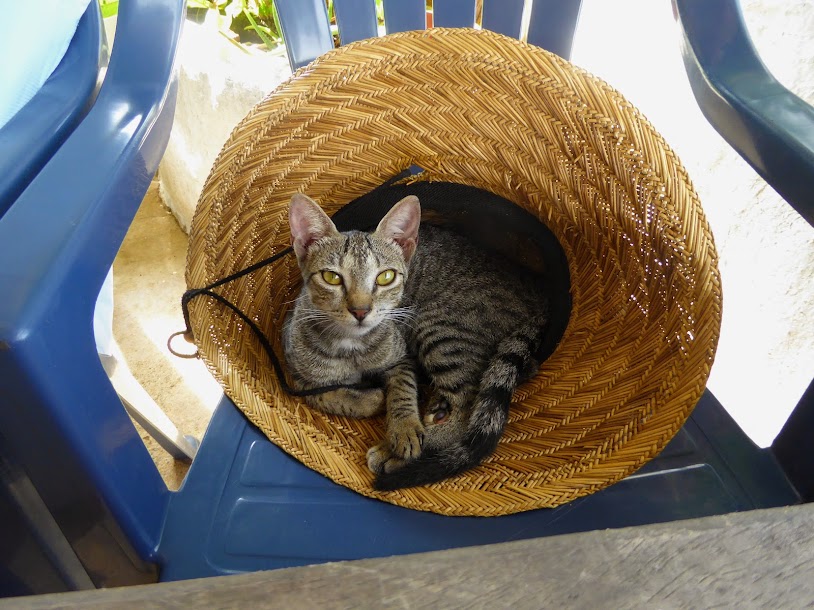 After walking the town, having lunch, and an afternoon beer it was time to head back to Sea Life, where we enjoyed happy hour with Howard, in the shade of the cockpit. 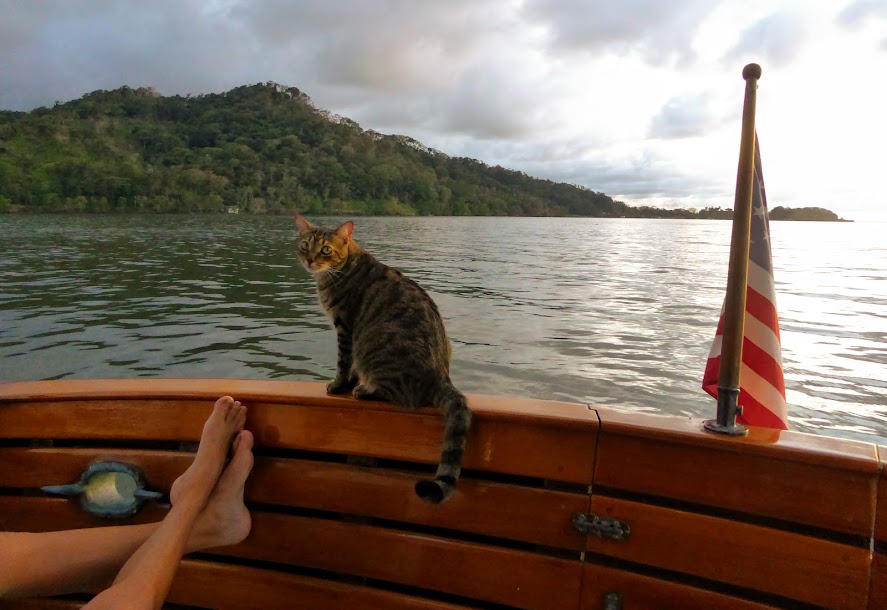 Here are more photos of Portobelo.

3 thoughts on “The Sleepy Town Of Portobelo, Panama”