We purchased our inflatable dinghy and motor fifteen years ago. They have served us well, but the motor has given Scott ongoing carburetor issues the entire time. Having grown weary of constant fiddling and repairs, Scott decided to break down and buy a new dinghy motor while we were in Grenada.

We brought out brand new motor home, but Scott didn’t want to get rid of the old one….grrrr. His “plan” was to sell it, but I reminded him how much he hates selling things, how little he’d get for the well used, much jerry-rigged motor, and and how mad he would be by the end of the process. I told him to just get rid of the poor thing, but it continued to sit up on the flybridge.

That is, until one day when Scott was enjoying some afternoon cocktails, with too much idle time. While up on the flybridge, he looked at that old motor, and the wheels in his head began to turn. If one 3.3 was good, TWO 3.3s were better…and faster. It was time to get to work.

To support the weight of both motors, Scott screwed a piece of wood onto the transom of the dinghy, giving the mounting surface more room and more stability. 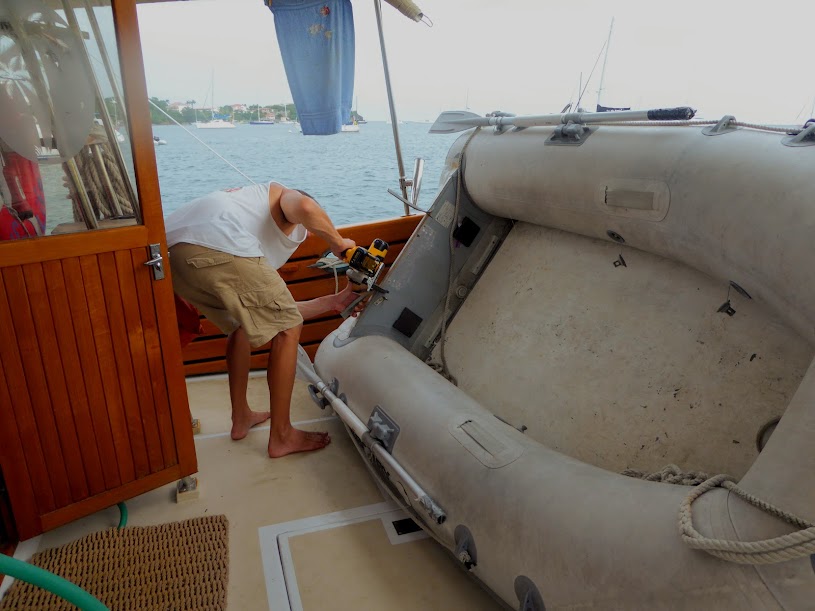 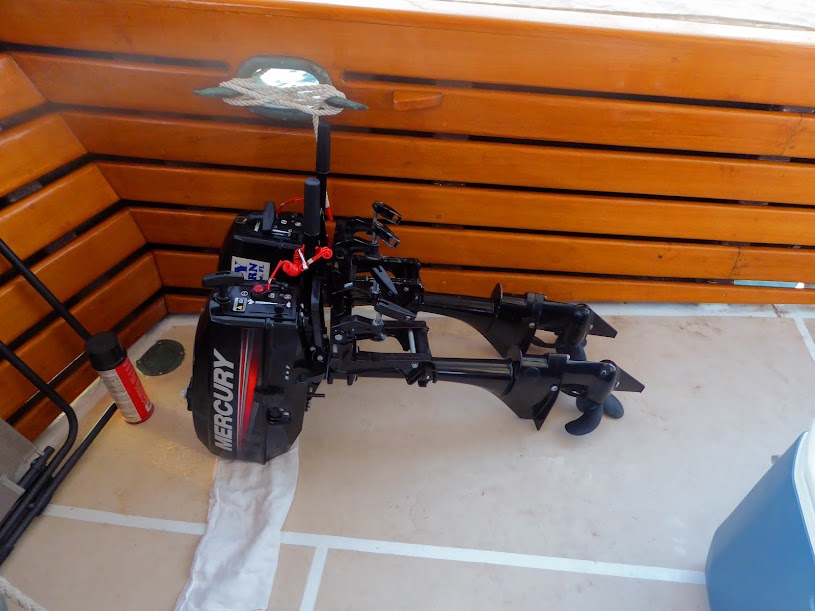 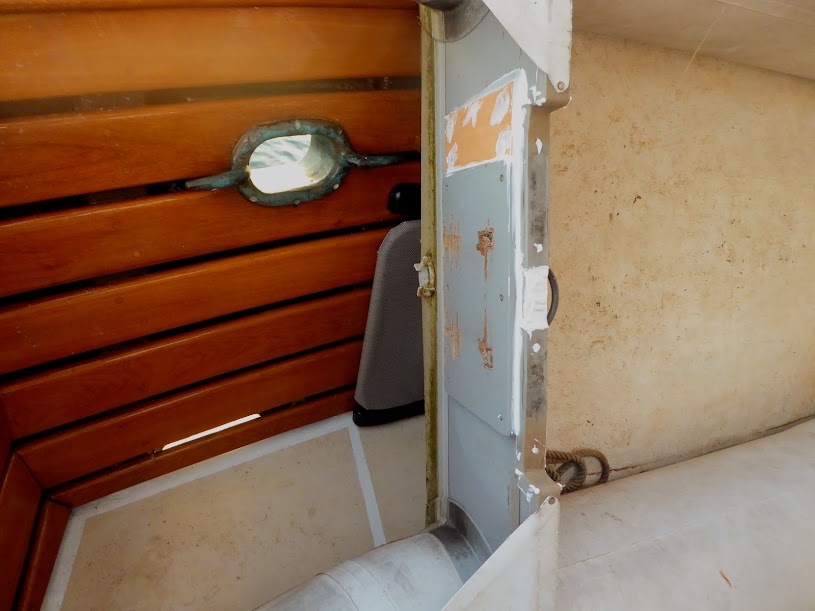 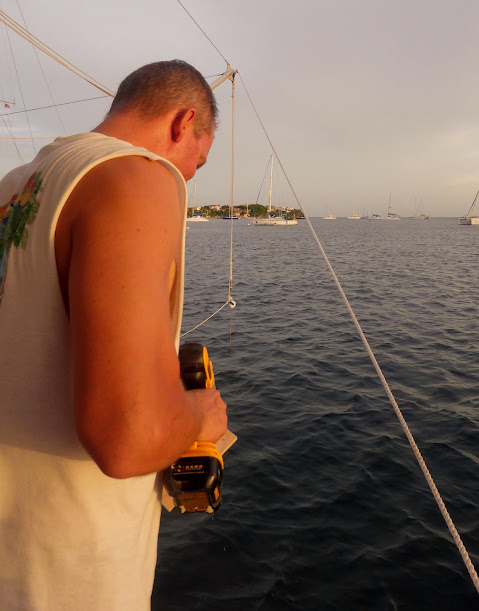 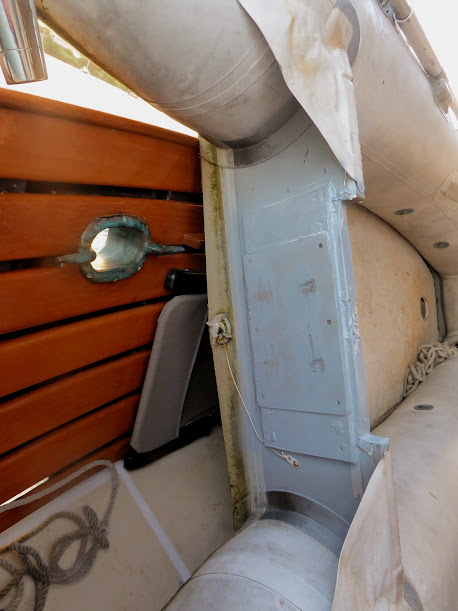 While Scott did this, Howard made sure all was well in the lazarette. 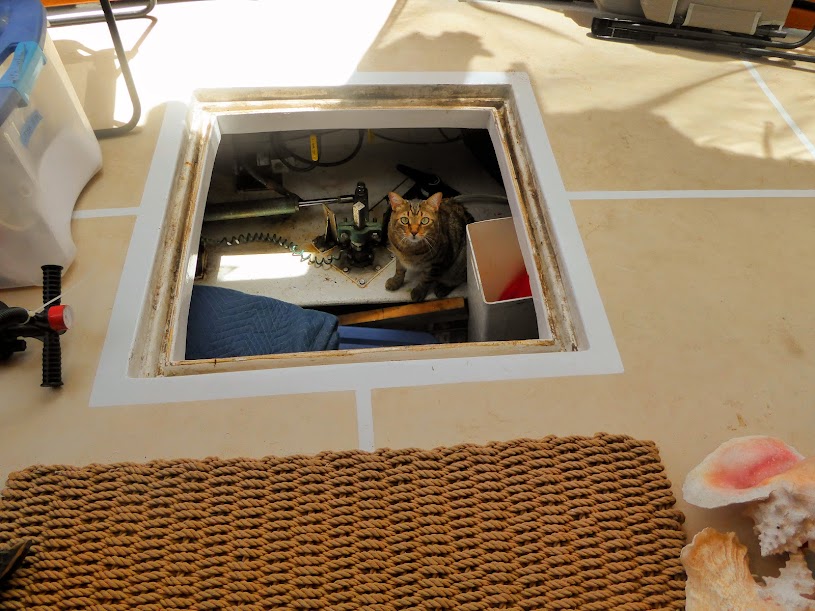 Once the motors were in place, Scott used pvc pipe, to allow him to steer both motors as one. 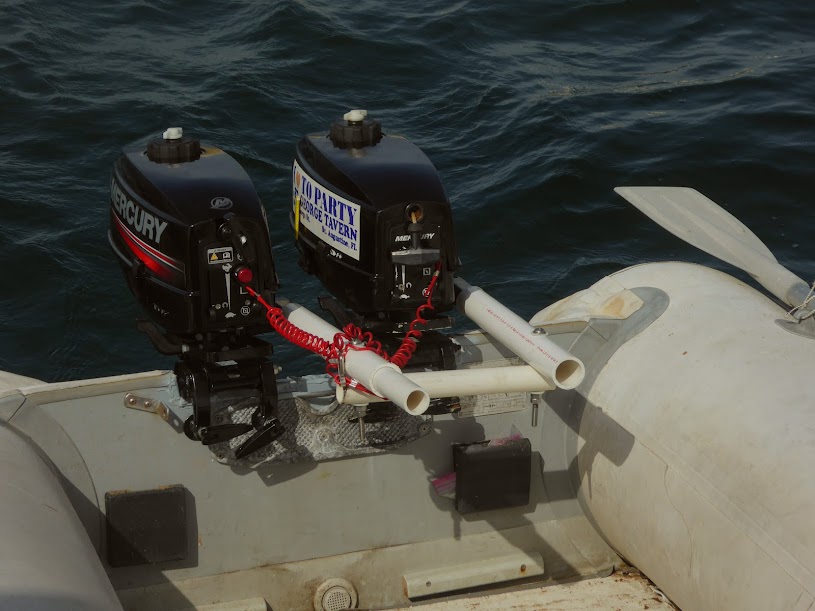 With that, the job complete, and “Dink-zilla” was born. 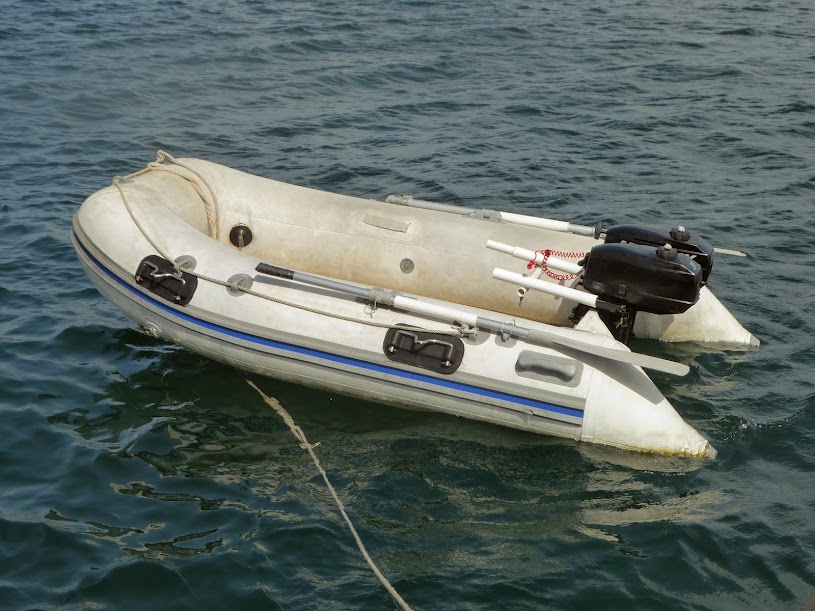 Now it was time for a test drive. As usual in this situation, I was summoned to take photo and video documentation of the testing. Both motors started up, and Scott stopped to enjoy the sheer sound of the two powerful 3.3s at work. Then away he went. 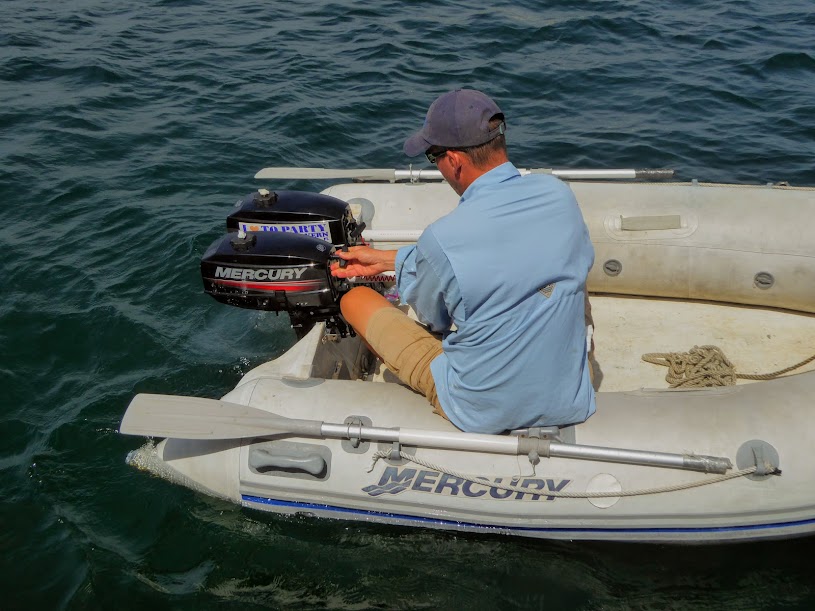 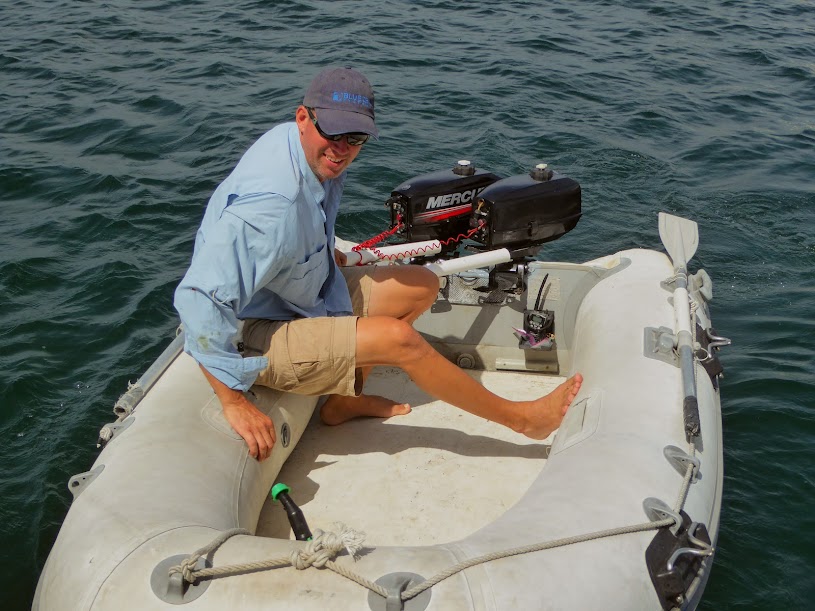 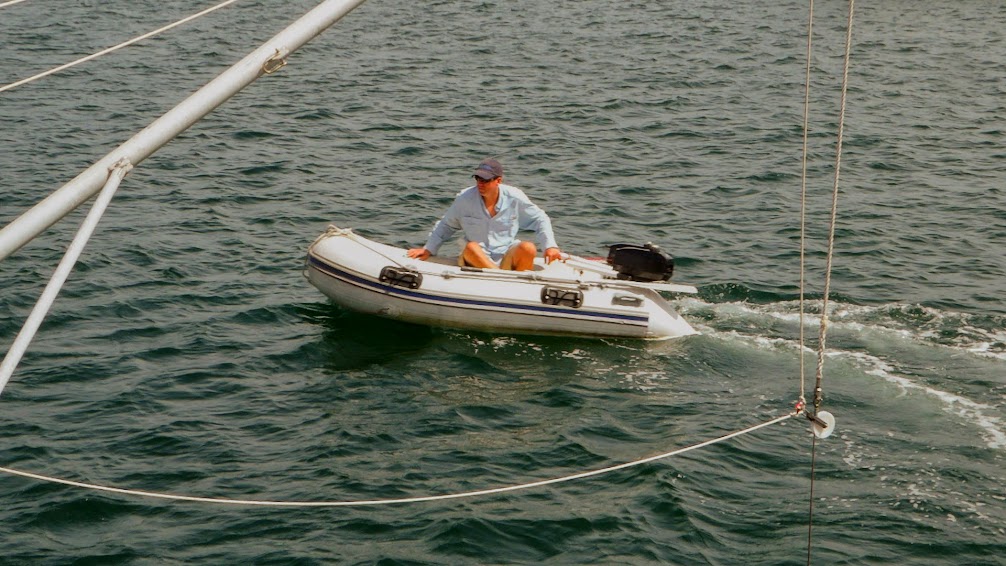 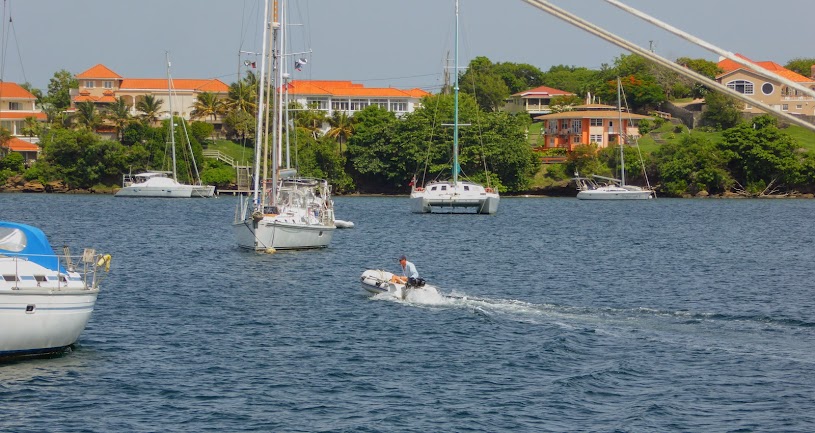 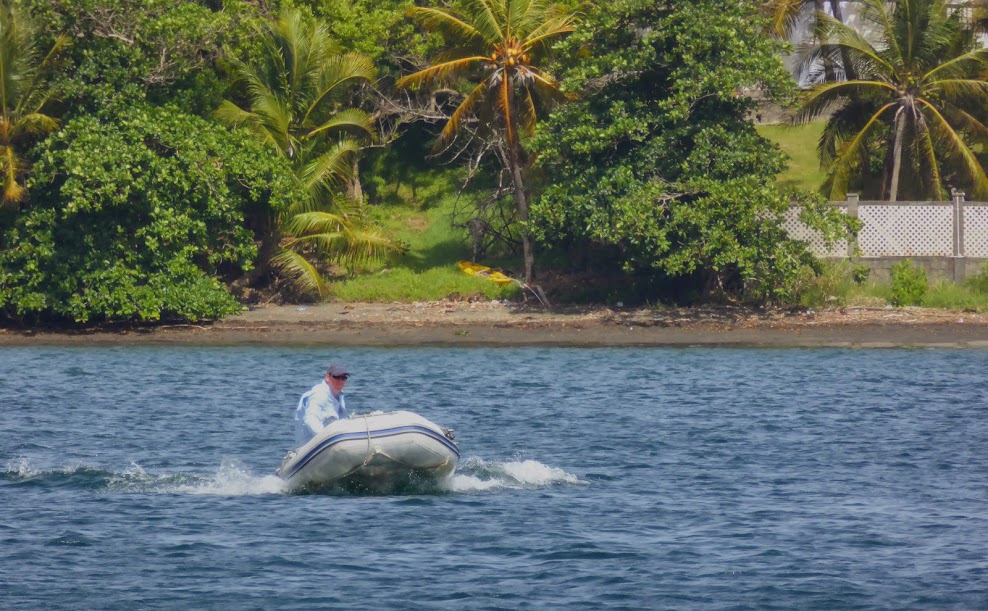 With speed still well below most other dinghy motors, but at mach five for ours, Scott happily raced through the Prickly Bay anchorage:

Once testing was complete, it was time to sit back and admire his work. 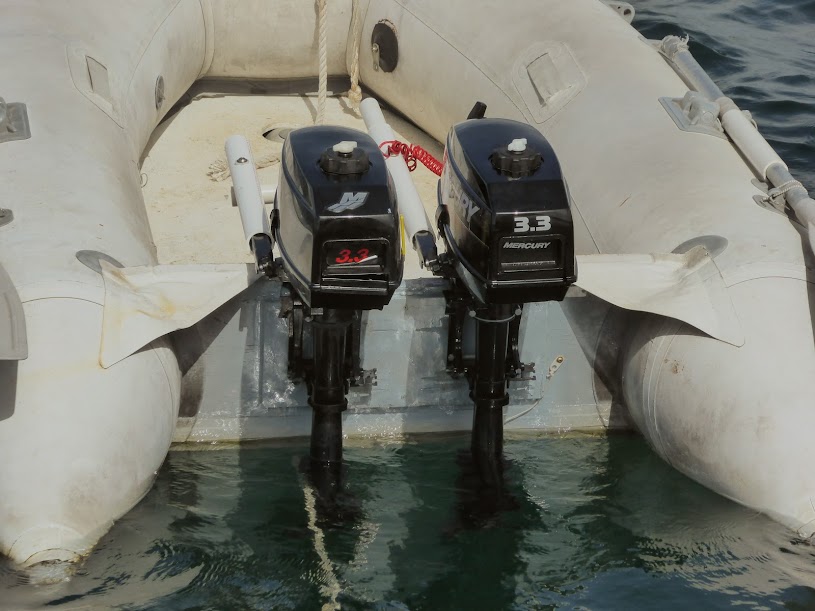 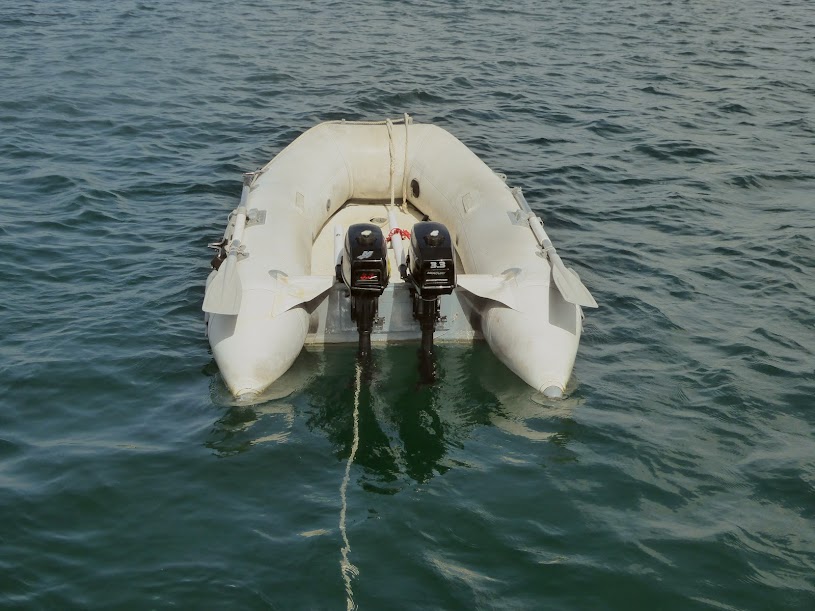 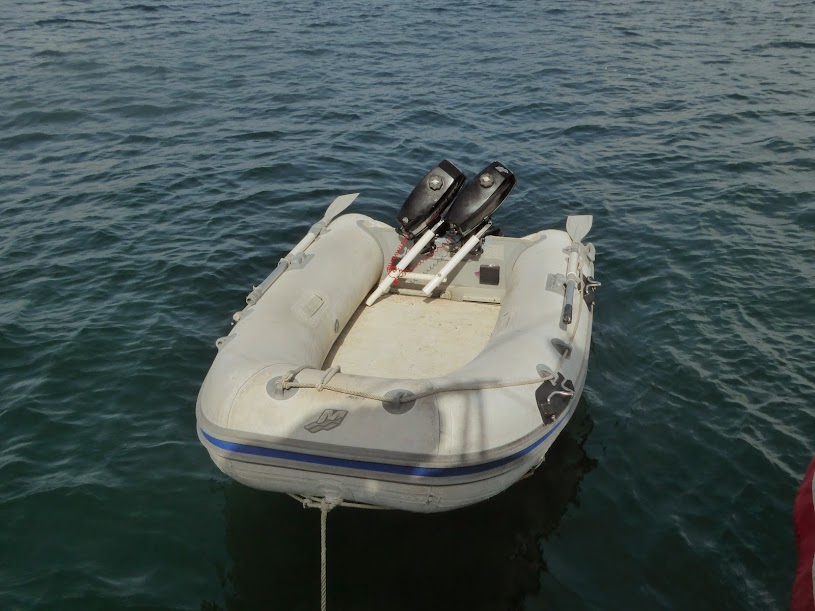 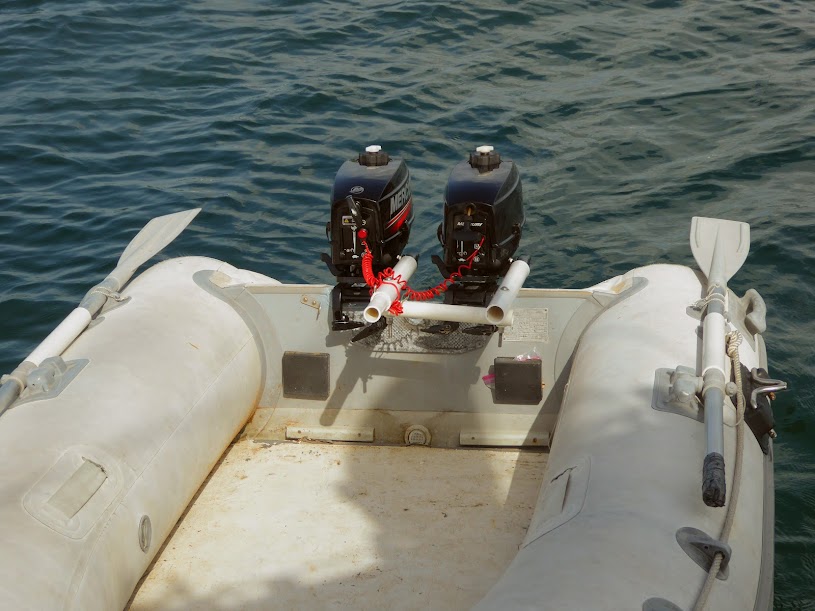 We still use one motor most often. But occasionally, when Scott wants to make time getting somewhere, or we have a heavy load on board, number two comes out, and we’re off and running. 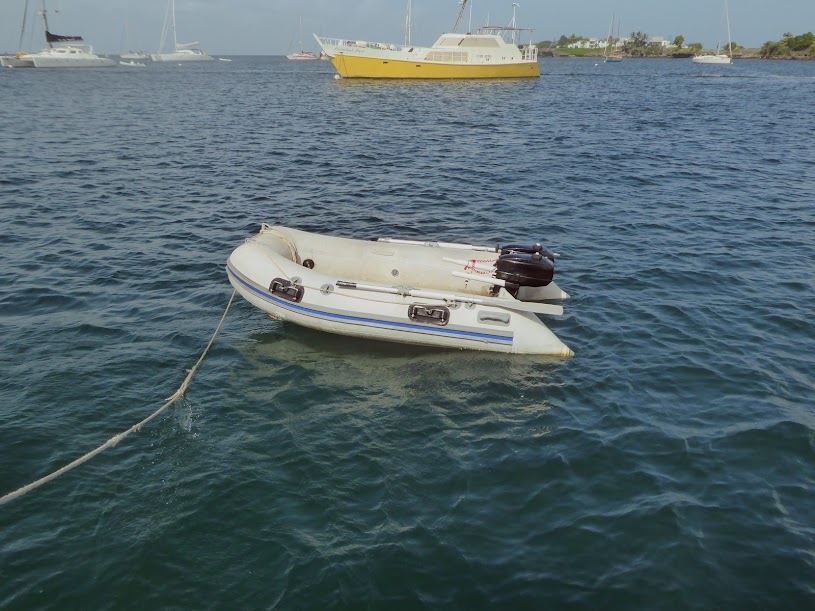