The tropical low that we’ve been watching for the last ten days has finally strengthened into a tropical storm, and  is expected to become Hurricane Otto in the next day or so. For reference, Bocas del Toro is located to the right of “San Jose,” in the little bay (cut-out) on the north coast of Panama.

Later this week, high pressure is expected to steer the storm west, making landfall north of us, most likely along the Nicaragua/Costa Rica border.

It’s rare to have a named storm this late into November, even in the warm, Caribbean waters this far south. Some tidbits from the Weather Channel:

Prior to January 2016’s strange Hurricane Alex, only 18 storms of at least tropical storm strength had formed on or after November 21 dating to 1950.

Only nine tropical cyclones became hurricanes in the Atlantic Basin after November 21 from 1950 through 2015. The last to do so was Epsilon, in December 2005.

Only one of those nine hurricanes occurred in the southwest Caribbean Sea, Hurricane Martha in 1969.

The good news is, that as of now we are not in the storm’s direct path, and will instead be getting the “fringe” effects of strong winds and rain. Having owned waterfront property for many years on the Chesapeake Bay, we unfortunately have first-hand knowledge of tropical storm and hurricane winds. The best scenario is to be where we are now, in or off the bottom left quadrant of a storm, where the winds are weakest.

With the increased wind directions more firm, we’ve decided to leave the anchorage near town, as it is very exposed to the west, one of the predicted wind directions. While we are confident that our anchor, the Hulk, will keep us firmly set, the chance of other boats dragging into us is one we don’t wish to take.

Last month, from our slip in Bocas Marina, Scott saw boats drag through the anchorage and into the mangroves during a routine thunderstorm. Our many near miss experiences in the anchorage at Isla Mujeres were enough, thank you.

While should not see big wind and water here in Bocas, the waves off shore are becoming huge, at 12 feet or more. Once the storm passes and makes landfall, it will take days for the seas out there to calm, so we are in another holding pattern.

Our plan is to leave here, and make our way to the San Blas Islands, an archipelago made up of approximately 365 islands and cays, of which only 49 are inhabited. They lie off the north coast  of Panama, east of the Panama Canal (much more on this later).

We’d hoped to be halfway there by now, stopping to anchor at several locations along the way, and arriving in the San Blas before swells from the Caribbean’s Christmas winds increase.

Last week, forecasters weren’t sure if this thing would develop, and if so, where it would go, so we waited; not wanting to be stuck in an unprotected anchorage for days, with strong winds coming at us. This week, and for the near future, we cannot move because of large swells offshore. Yay for us.

We are tucked in behind the mangroves, just off of Red Frog marina. For now, the winds come and go, and so does the rain, but we expect things to pick up over the next few days. On the bright side, it’s peaceful here. There is less chop when the winds blow, and our friends are in view just off the bow. 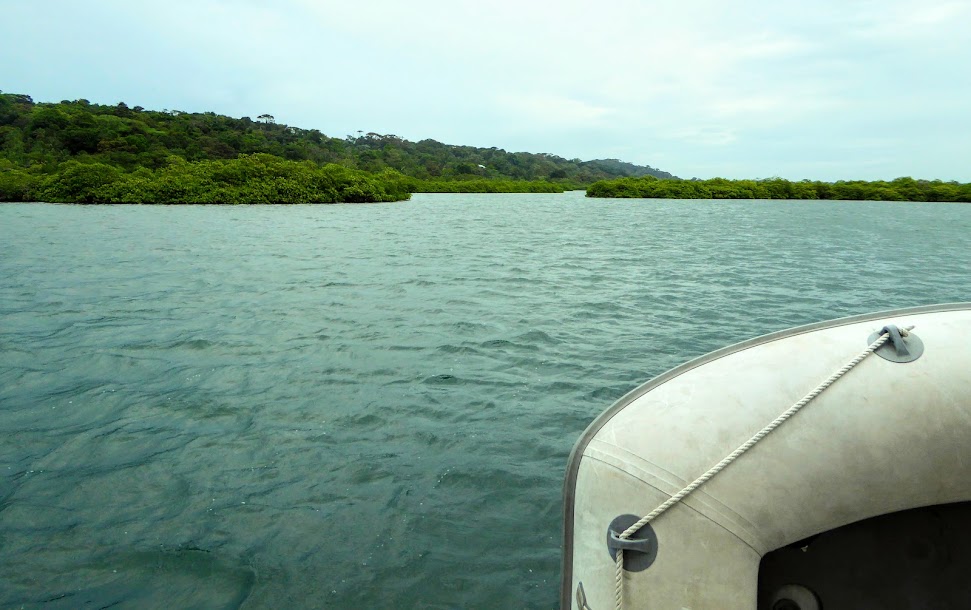 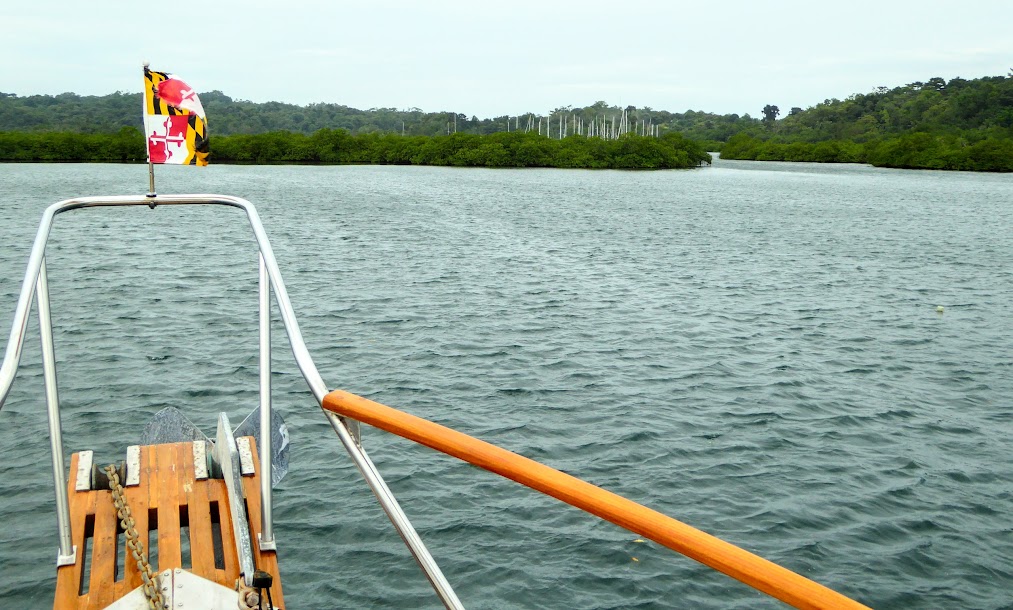 Howard is enjoying the quieter location, with far few pangas buzzing by, and spends time out on the cockpit. He usually waits for Scott to set up a chair to sit in, and then happily takes it for himself. 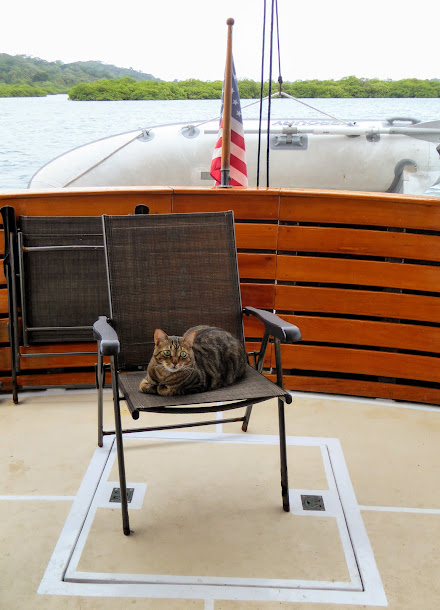 The fresh air inspires energetic play sessions with his favorite bags, which is exhausting. 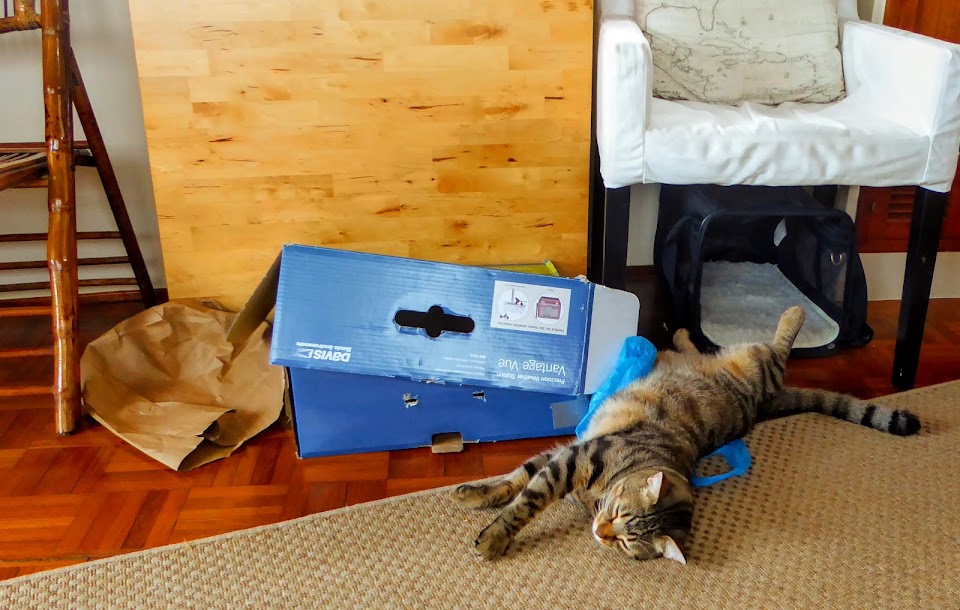 So once again, we’re playing the weather window game, to which there are no rules or time limits. While we wait, there is plenty of rum on board, and movies on the hard drive.